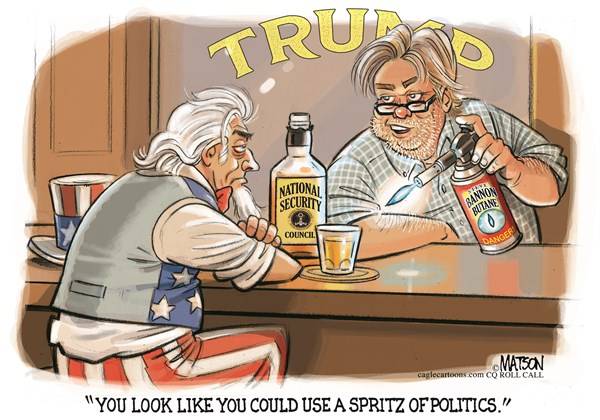 If you have heard stories about the “arresting the Deep State officials are on its way” and get tired waiting, you can stop hoping. Unless you think that Steve Bannon is a member…

Fresh breaking news this morning: Steve Bannon was arrested with three more people after being charged with defrauding hundreds of thousands of donors through the “We Build the Wall” campaign. “Former Trump campaign manager Steve Bannon, triple-amputee Air Force vet Brian Kolfage and two others have been arrested and charged with defrauding hundreds of thousands of donors with their ‘We Build the Wall’ online fundraiser.”

Aside the obvious indicies that the affair was held back and timed to make a maximum damage to Trump at the incoming elections, it will be interesting to see how this arrest will impact Trump’s last election trump card (if I may say so) – a sharp attitude towards China. Bannon was his stick for beating China, and Trump just annonced cancellation of US-China trade negotiations, which effectivelly leaves him empty handed of any political ‘success’ at the November elections.

Whatever the outcome of the afair is, it will for a period of time distract the attention of the sheeple from the crumbling ‘Corona danger’ and plutocracy plans for a global medical dictatorship. And plutocracy has an inexhaustible source of distraction ideas.

Hate to return again to Warren Buffet and his statement about the class warfare from 2011:

BUFFETT: Actually, there’s been class warfare going on for the last 20 years, and my class has won. We’re the ones that have gotten our tax rates reduced dramatically.

If you look at the 400 highest taxpayers in the United States in 1992, the first year for figures, they averaged about $40 million of [income] per person. In the most recent year, they were $227 million per person — five for one. During that period, their taxes went down from 29 percent to 21 percent of income. So, if there’s class warfare, the rich class has won.