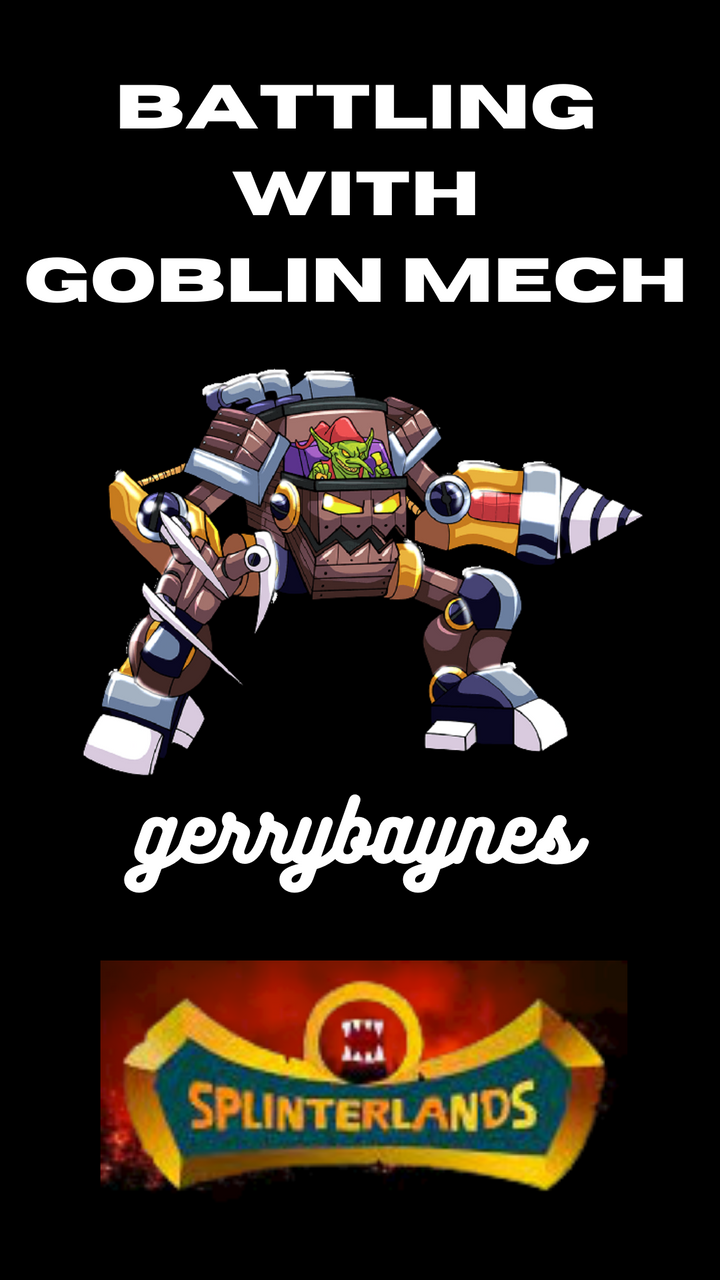 Good evening everyone, today I wanna share a pair of Battles I had with this Common Neutral unit to analyze the pros and cons this card has on the battlefield to be more efficient at the moment of building teams. I bought this card months ago in the market for almost two dollars and since adquiring it I got mixed results in Ranked Battles with it.
The creation of Gurklies Gobson has great stats in every aspect and is holder of the Piercing ability (If Melee attack damage is in excess of the target's Armor, the remainder will damage the target's Health.)
But we all know nothing is perfect and this card is not the exception. It cost 10 of Mana making really difficult to built a team in battles with low Mana Cap, also as a user of Reddit told me in r/Splinterlands, it can be easily beaten by Magic damage teams.

This THIRD BATTLE is one i had recently where it was just Goblin Mech against five monsters.

This three battles were against teams composed with Life Cards and won in three different Rules Set: Noxious Fumes (All monsters start the game poisoned and will take 2 damage each turn unless cleansed), Spreading Fury(All Monsters get the Enrage ability and has increased Melee attack and Speed when damaged) and Standard(no modification to the standard gameplay rules and mechanics); but I believe that this card can be useful also in this other Rules Set:

On the other hand, this are the kind of Rules Set I do not recommend to use it because I had been defeated too many times on them:
• Back to Basics (Monsters lose their own abilities)
• Reverse Speed (Slower monsters attack first). It 3 of Speed it can be a con in this Rule Set.
• Unprotected (Monsters do not have any armor and do not get armor from Abilities or Summoner Buffs). I wouldn´t take the risk of battling with this monster without Armor anymore.

Also, this are the Rules Set you are not allowed use Goblin Mech:
• Taking Sides (Neutral Monsters may not be used in battles)
• Odd Ones Out (Only odd mana cards can be used)
• Little League (You can only use Monsters and Summoners with 4 or less mana)
• Keep Your Distance (Monsters with Melee attack type can't be used)

Now I ask to you people, how it was your experience with this card? Would you recommend it to other players to use it in their Battles or there are better choices outside there? Thank you all for seeing my post and see you on next time!!!