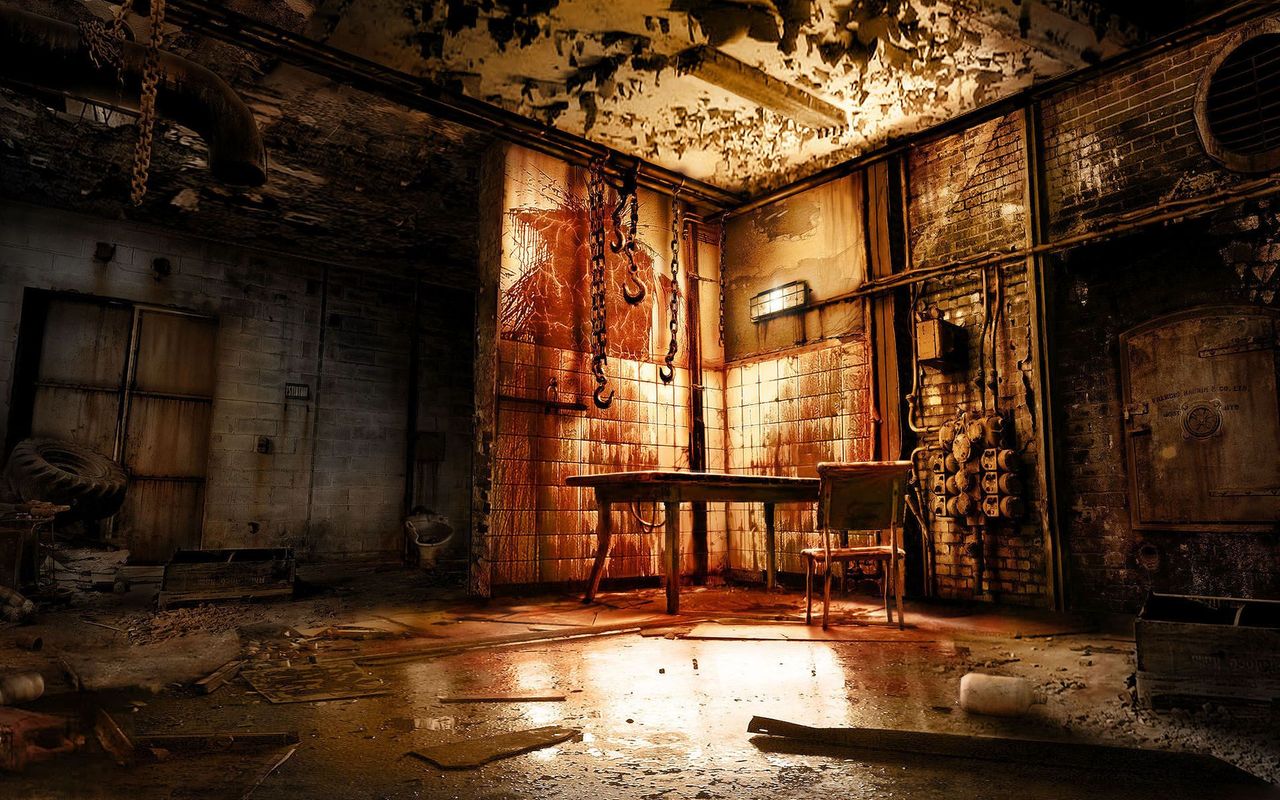 Well, sometimes anyway. Sometimes they weren't. Well, not the goosebumps themselves but what caused them. The anticipation of a surprise or a pleasant occurrence could cause them. Those were fun. But if something was about to happen, something bad... Not so much fun.

These were fun goosebumps though. Oh yes they were. He smiled again and shivered. Not from cold, he wasn't cold. He ran his hand over his shirtless body, smearing the stickiness of his hand on his hairy chest. No, not cold. Just excited. The hairs on his arms stood on end, as he listened to the music they made.
He loved music while he worked. Some of his colleagues would bring in speakers to play their favourite tunes or their work tunes to liven the mood, or just to drown out what they thought of as noise.
He sneered; they didn't know what they were missing.
It takes a level of musical appreciation to love what others thought of as noise. He appreciated music. He loved music.

He cut off her other ear and danced a few steps as she screamed. Her wriggling would do her no good. The straps on the table had held many more before her, a lot of them stronger than her skinny frame. She wasn't getting anywhere. All she could do was make music.

He danced back towards her after a few beats and cut off the tip of her nose with the garden shears and she screamed anew. He shivered with euphoria, his eyes closed. He'd pull out a toenail next. The notes those produced were different. Something intoxicating.
He loved his job. He loved getting them to talk. But he loved the music before and after they did more. He like to see how long he could pull notes from them.

Her cries were dying down to whimpers now. He couldn't have that. He dropped the garden shears, picked up the crusty stained pliers, and after a bit of indecision, gripped the toenail of the big toe on her left leg with it. He kept his eyes on her face. He wanted to watch the exact moment...
He yanked. She screamed, then howled. He shivered and closed his eyes, brought his hands around himself - one hand holding the pliers with the toenail still in it's grip - basking in the music.
He could feel them all over his arms. Goosebumps were fun.