traciyork73
a year ago
inLeoFinance 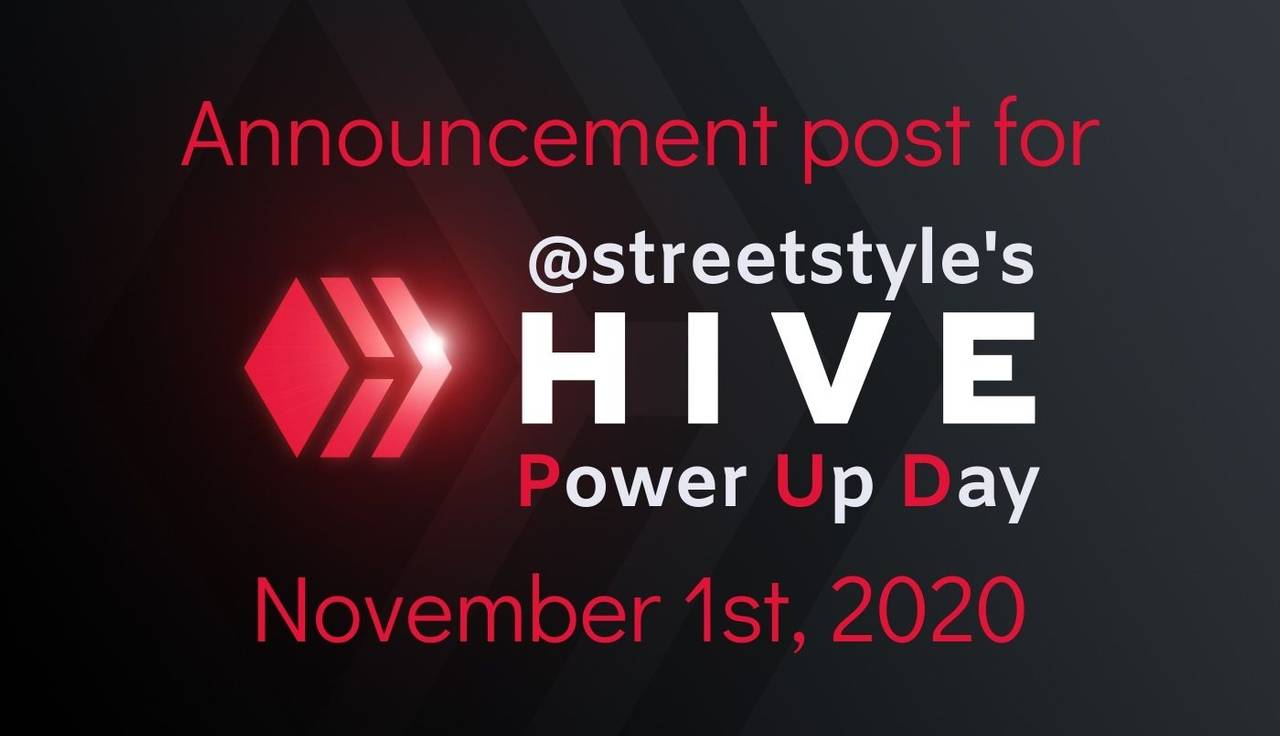 Hard to believe, but one week from today (on November 1st, 2020), the next Hive Power Up Day will be here! In fact, the @hivebuzz countdown timer has already started ticking down the minutes - be sure to check it out HERE. How the hezmana is October already almost over?

And since @streetstyle continues to be AFK (away from keyboard), I'm stil running his initiative in his absence, as well as sending good thoughts in his direction and hoping we hear from him soon that all is well.

We had some cool changes a couple months ago, like the merging of #HivePUD with the Spanish #HPUD initiative, as well as some AMAZING new badges for Power Up Day courtesy of the @hivebuzz team. This month, in addition to some rumored additional awesomeness from Hive Buzz (as mentioned at the end of their feedback post last month, I'm happy to say we have a few new prizes in the pool!

Now, to get on with all the details...

How to qualify for prizes

For those who have done Power Up Day in the past, please be aware these requirements changed a bit starting with the September 1st 2020 PUD, so please read carefully:

To be included in the winners list, you must meet all four requirements above. The order of the list (first place, second place, and so on) will be determined by the biggest PERCENTAGE of Hive powered up, not necessarily the most Hive powered up. As @streetstyle explained it -

another HIVE member has 300 HIVE Powered up prior to NOVEMBER 1, and on NOVEMBER 1st Powers Up 60 HIVE Coin, then this 2nd user would be winning with a 20% power up versus the first example with a bigger power up but smaller percentage of only 10% based on their account.

What are the changes from previous months?

I know this is kind of old news by now, but I thought it was worth including again this month. Simply that...