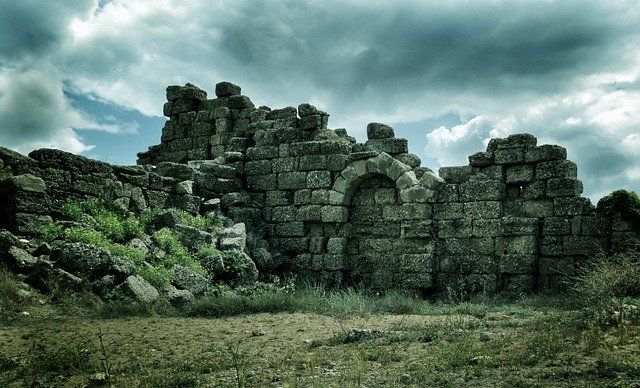 27th September, 2019. I walked out of the admissions office with all hope lost. I've had the dream of becoming a lawyer someday for as long as I can remember but that dream had just died a painful death.
As I walked into the sidewalks outside the Three-storey building with my head facing down to the earth, my breath became more heavy with each step I took and my heart was hitting hard against my ribcage with so much rage that I had to stop and sit down on the base of one of the several streetlights.

It was a painful experience, there was a spook in the wheels of my dreams, the happenings at the moment had foiled my plans of a successful career in the future but unknown to me it was a defining moment.

My name is Kofo Mensa and I'm from Uganda but live in Capetown, SouthAfrica. I'm 20years old but I look nothing like it. I have a very small stature and a thin frame which is more pronounced by the afro hairstyle I keep. I don't like how smaller low-cuts make me look so I decided to keep my hair afro style.

For as long as my memory can take me, I've always wanted to be a lawyer. In Uganda, most parents even teachers would talk at length on how prestigious it was to be a lawyer, doctor or engineer. Such talk usually psyched we children up and we all got dream. I in particular found myself drawn to the "wig and hammer" and was determined to work towards it.

And from my basic classes to junior high school I wasn't the top of my class, I kept fairly good grades and I was happy with them. However, it was when I got to senior high school that it dawned on me the amount of work I'd have to put into my studies in order to become a lawyer. My teachers and parents didn't stop drumming this fact into my years.

I finished senior high school 3years ago and came out in flying colours in all my final exams. I was pumped up with confidence that I was enroute the road to becoming a lawyer.
There where a lot of options for me in Uganda but I decided to apply for admissions to a University in SouthAfrica that I'd always admired.

Princess Alexandra University of Arts had always been a part of my perfect journey to becoming a lawyer. It was one of the best, and if I wanted to be a good lawyer I had to attend one of the best Universities.
It was a Federal University and so it had an admission quota for foreign students and I was so confident I'll make the cut.

My application was accepted and I was called for the entrance examination. I remember vividly how excited I was, in fact I remember I was about eating when I received a call from my friend, Kwaese, who asked me to check my mail. And Immediately I saw that my application was accepted I had butterflies in my stomach that I even threw up the first spoons of food I ate after.

On the 5th of July 2018, I was to fly to Capetown for my entrance examination on the 7th. I had prepared all I needed, documents and all but it was not to be. There was a ghastly accident along the road to the airport and the road was closed and so I missed the flight.

I was devastated, heartbroken and I cried like a baby for days. I got over it and applied again in 2019 and I couldn't have done it without my very supportive parents. This time I flew to Capetown and wrote the entrance exam 2days later.
I stayed back for one more day because results were released in batches.

I toured round the school and I was awestruck. The school was very large with many fascinating structures and sculptures.
However, my joy from the tour grew sour when the results came and I was 5marks shy of the cutoff mark. I told Uncle Bob, our relative I'd been staying with at Capetown. Uncle Bob told me that I may not get law but they would refer me to another course. But I didn't want that, It was Law or nothing.

Fast forward to that faithful afternoon, on the 27th of September, 2019. Like Uncle Bob had said, I was admitted to English and Literary Studies but that wasn't the dream. So I had gone to the admissions office hoping there was a mistake.
"Young man you're lucky to even get admitted", that was what the man I was directed to told me as he rocked his chair, smiling at me.

After that day, I resolved to apply again the next year.
And I did and with so much hardwork I put into studying I made the cut, I was number 209 on the admission list.

Now that I look back at all those experiences, I can see just how much they served as building blocks to my success today. I'm in my 3rd year of study and though a lot of people complain of the workload, I don't break a sweat.
The ruins from those experiences are now the brickwalls to the castle where I find rest from the weather.