This Simple Change Can Earn You 1-2 HIVE Per Day + Ecency Promotion Feature is Incredible!

If you are earning in great amounts, this trick won't do much for you. But if you are a new user with virtually zero followers and want to start earning well, this is a simple trick that is barely going to take any time. All you need to do is go to https://ecency.com and login with your favorite method whether it is directly entering private keys, using Hivesigner or Keychain. 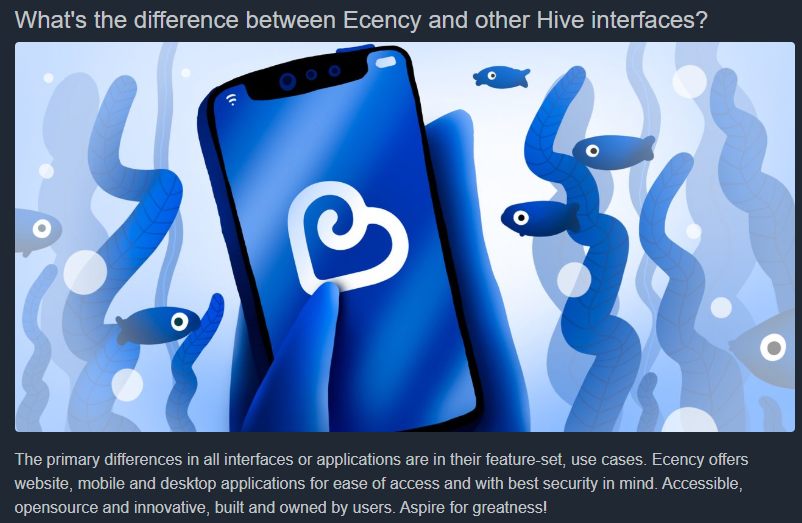 The real difference comes from the special Points @ecency gives you for using the website/app. These are different from the typical SCOT Tribe Tokens or any other reward system that runs on a second layer. Ecency Points are handed out for performing action on the blockchain through the app. You don't have to do a single hing you wouldn't do on another interface.

It's Pegged 500 Ecency Points Per 1 Dollar 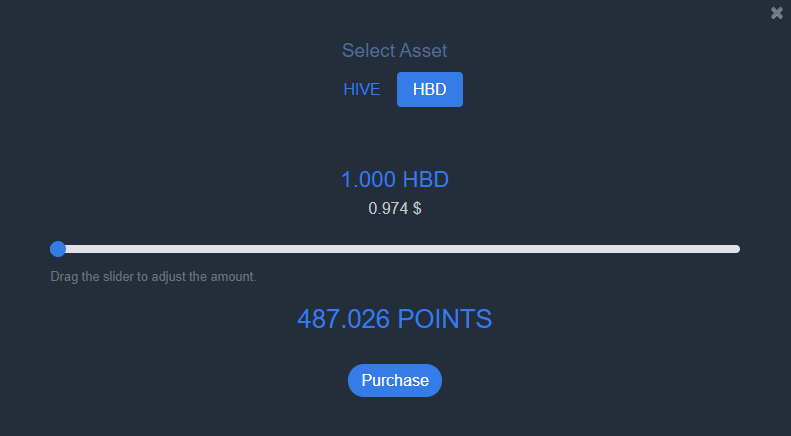 This means that under current low prices of HIVE, you could be earning a lot when measured in HIVE. If you simply make 12 comments along with some upvotes and other interactions, you can easily get past 1 HIVE worth Ecency Points: 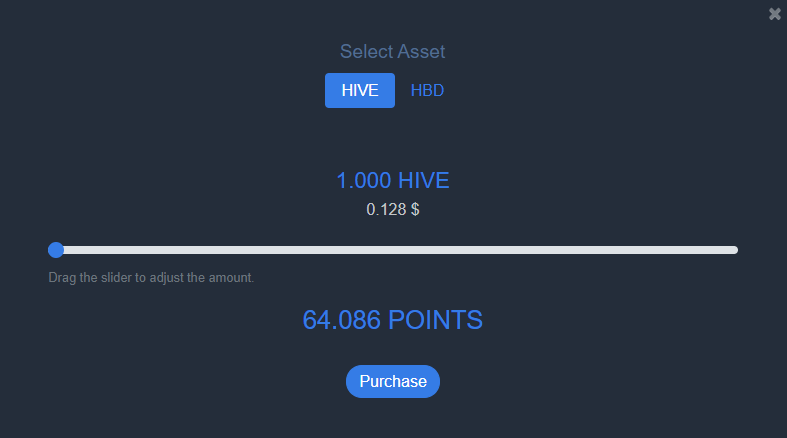 You can use your points to boost your posts. These boosting requests are manually reviewed by moderators and curators which may lead to upto 24 hour delay. If your post doesn't get boosted, your Ecency Points will be returned to you. Personally I haven't used this feature. There are even better uses for your posts (if you believe them to be interesting and high quality with great headlines) 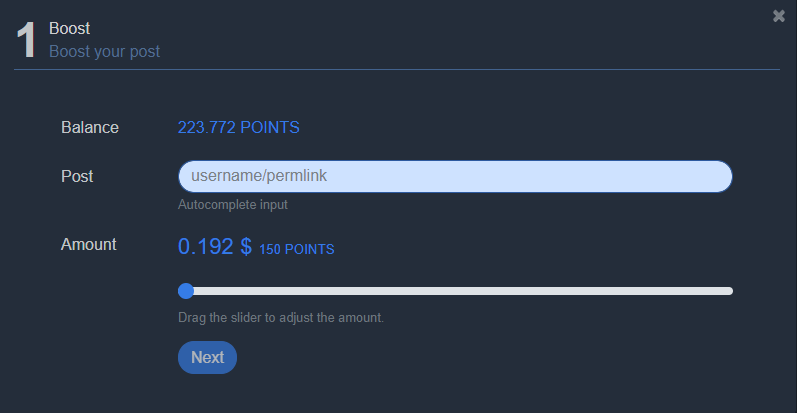 I first tried out the feature on a post by @d-zero which barely had any rewards. It was less voted than many of the stuff he post on @dbuzz I thought it might be a chance to use the feature and see what happens. I couldn't get any screenshots of the rewards at the time of promotion. It was a simple spending of $0.70 worth Ecency Points I had earned for free.

You can check the post here and see that it has done fine. In fact the payouts you see are several times the rewards it had at the time of promotion. Since the test worked out so well, I decided to do it on one of my own articles I had composed:

You can read my article Wikipedia Co-Founder Larry Sanger Creates A Forum To Decentralize Social Media - Thinks HIVE (Blockchain) is Crap and see how I have been getting comments even few days after posting it. This can happen for many reasons. But it all coincided greatly with me spending 350 Ecency Points on "Promote" feature. I have even gained about $1 worth upvotes after promotion. I have had many good interactions and found few great people on HIVE Blockchain because of these interactions.

This was easily the greatest promotions I have ever done considering it only costed $0.70 worth points. Results like this is the reason you should bother with Ecency apps. 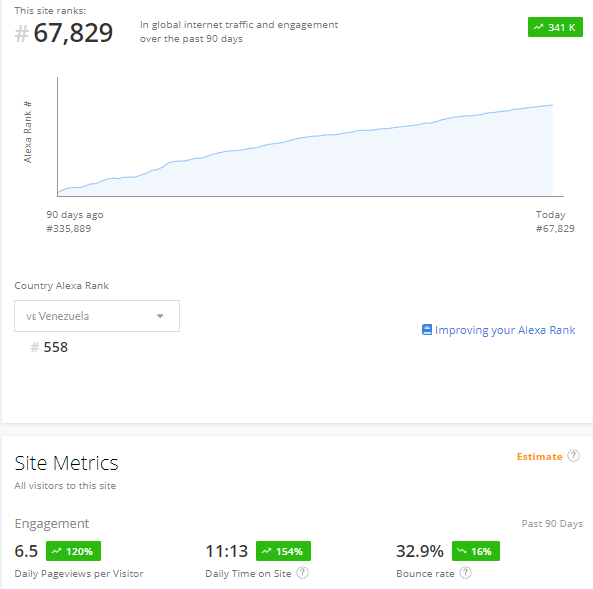 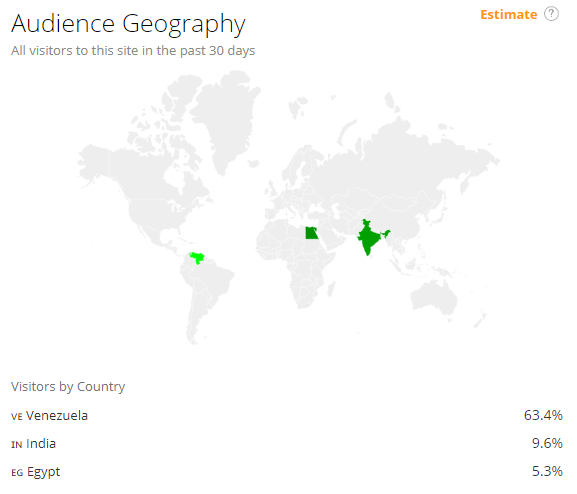 Congratulations to you @good-karma and team! It is not an easy job to become one of the Top. The growth has been nothing short of absolutely incredible. I analyzed HIVE front end statistics in December 2020. You can read the full analysis here. This is how @ecency used to be just a few weeks ago. 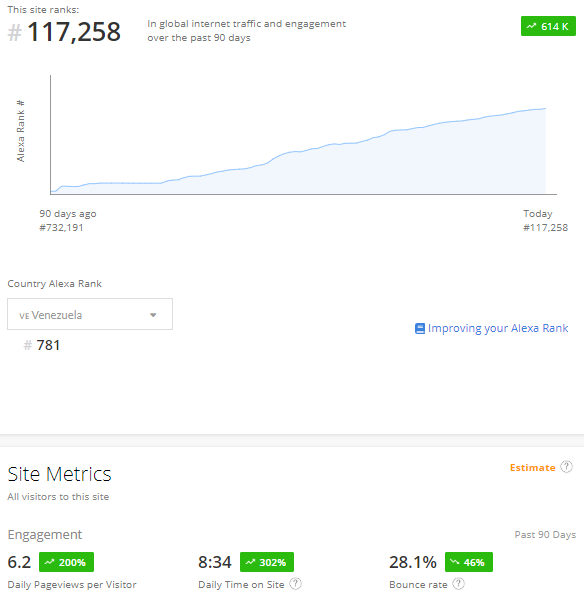 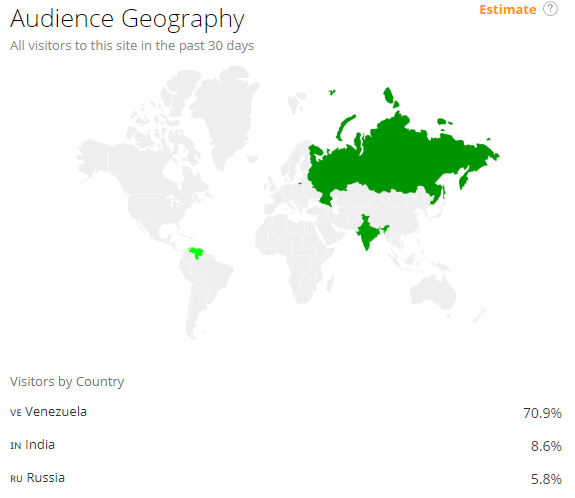 Ecency has become #8,351 website in Egypt and it has been bring more users from India. Even through the ranking improved in Venezuela, the total percentage of visitors from Venezeula has gone down dramatically. This can only mean that Ecency has been going global.

Ecency: The Only Omni-Platform Solution

Show Them Some Support

@good-karma is one of the oldest witnesses on the blockchain. He is already #4 in witness rankings. But you can still give him a vote and show some appreciation. DHF proposlas on the other hand are not well received enough. Go to https://ecency.com/proposals and check for Ecency Projects. They have gained more votes recently. But Hivesearcher is still not funded. Give your vote so that the developments can happen faster!