I picked up another 20 Francs gold coin to add to the stack. 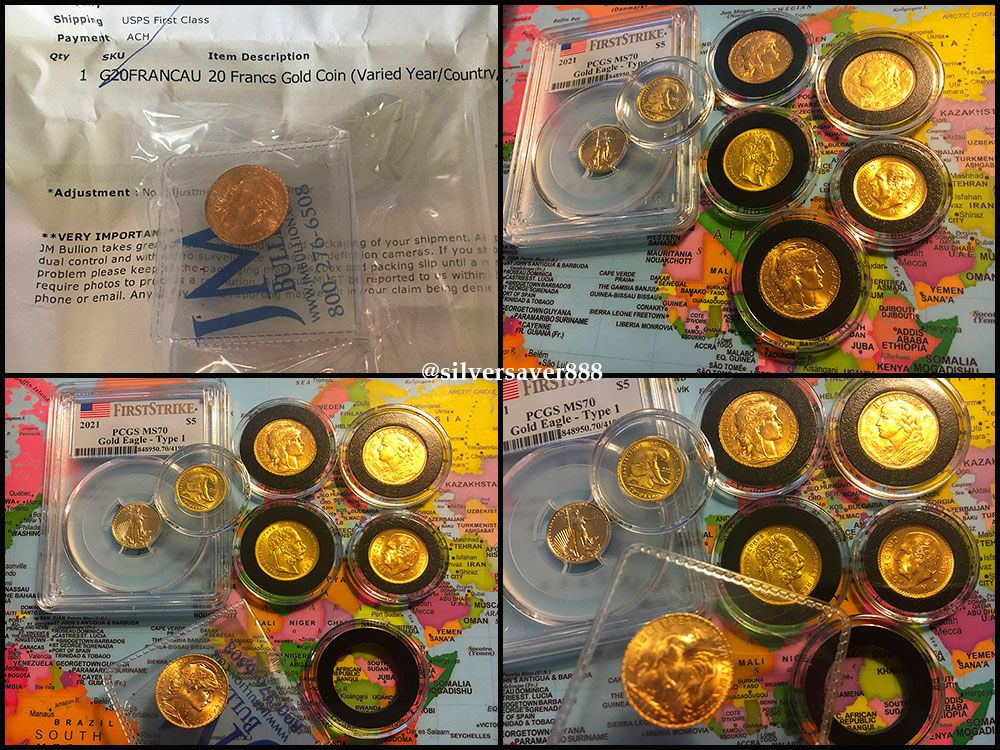 This time it was going to be random. I was hoping for a Louis XVIII or a Napoleon III, and I received a Marianne coin! 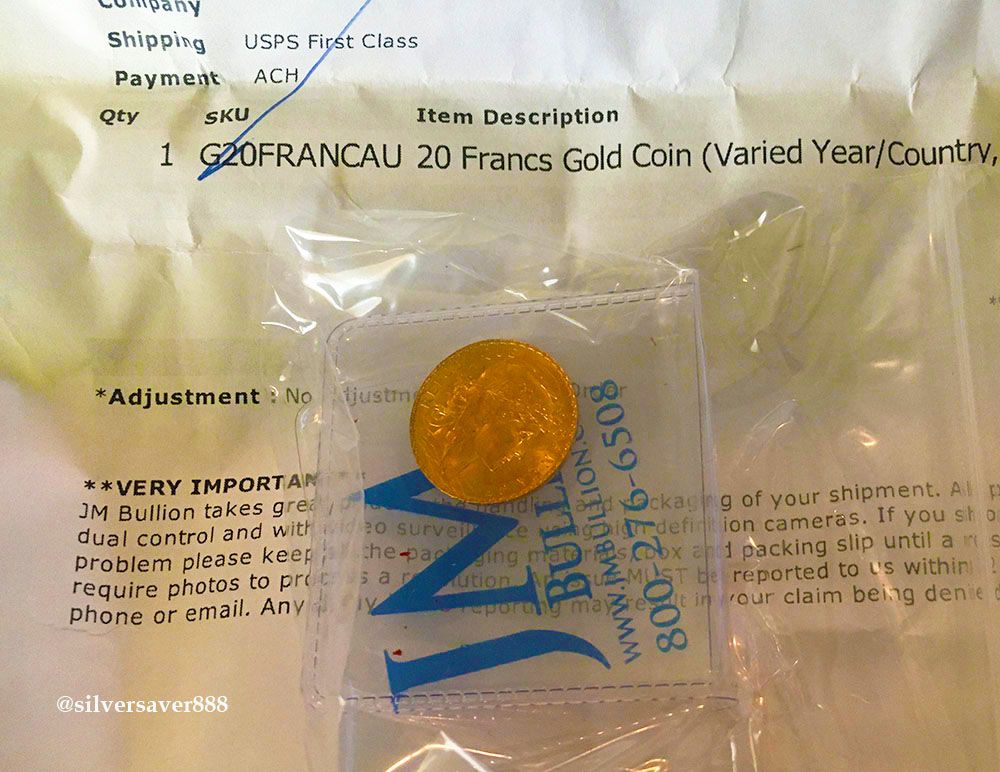 On the reverse of 20 Franc Gold Coins feature the Gallic Rooster, which is known as an unofficial symbol of France.

In the Middle Ages, the Gallic Rooster was widely used as a religious symbol, the sign of hope and faith. It was during the Renaissance that the rooster began to be associated with the emerging French nation.

Under the Valois and the Bourbon kings, the royal effigy was often accompanied by this animal, meant to stand for France, in engravings, and on coins. Although still a minor emblem, the rooster could be found at both the Louvre and Versailles. 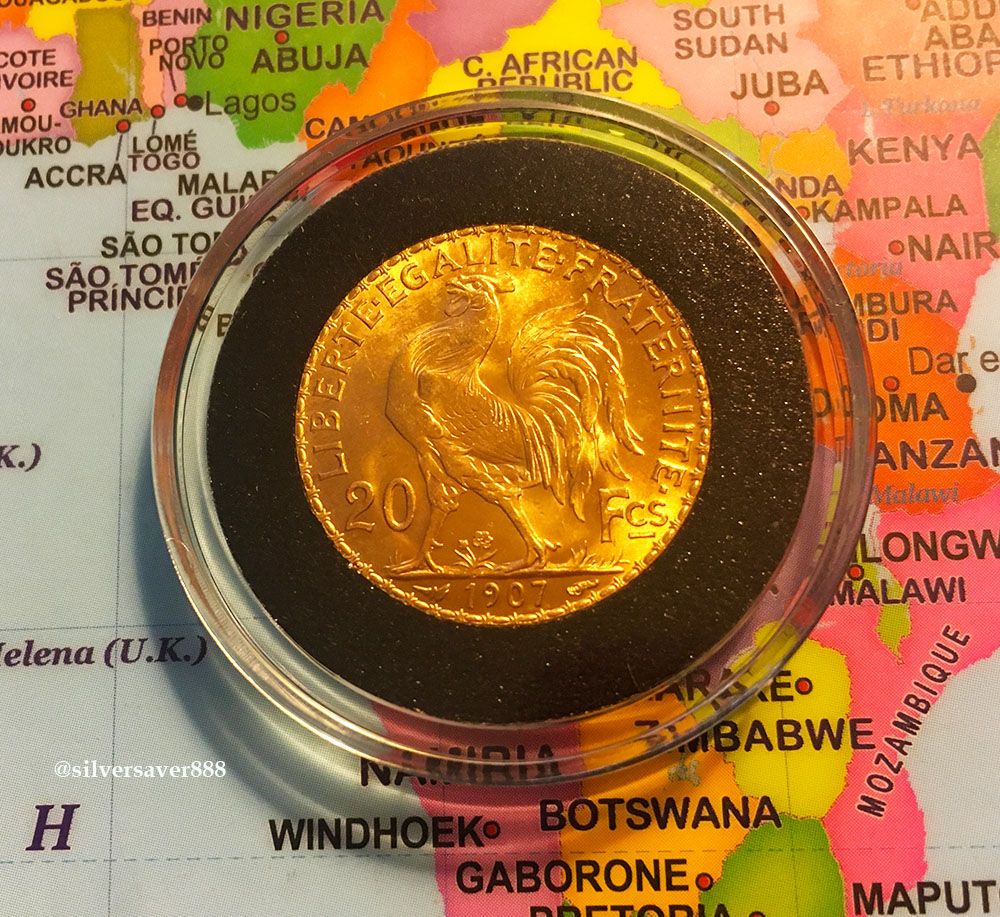 The Rooster and the Republic

After a period of absence, the French Revolution of 1830 ("Trois Glorieuses") rehabilitated the image of the rooster, and the Duke of Orleans signed an order providing that the rooster should appear on the flags and uniform buttons of the National Guard. The seal of the Second Republic shows Liberty holding a tiller adorned with a rooster, but this figure still appeared alongside the symbol of the eagle, which was preferred by Napoleon II, as a sign of an enduring Empire.

Under the Third Republic, the wrought-iron gates of the Elysée acquired a rooster, the "Rooster gate", which can still be visited. The twenty-franc gold piece struck in 1899 also bears a rooster.

During the First World War, surging patriotic sentiment made the Gallic rooster the symbol of France’s resistance and bravery in the face of the Prussian eagle. The use of this Manichean representation, in particular by political cartoonists, gained ground, and the rooster became the symbol of a France sprung from peasant origins, proud, opinionated, courageous, and prolific. Even though it is not an animal that is always attributed with purely positive characteristics, the rooster symbolizes France abroad.

The obverse bears a bust of the national symbol of France, Marianne, which was designed by J.C. Chaplain. Each of the French coins was struck by the world-famous Paris Mint.

Marianne is the embodiment of the French Republic. Marianne represents the permanent values that found her citizens’ attachment to the Republic: "Liberty, Equality, Fraternity". 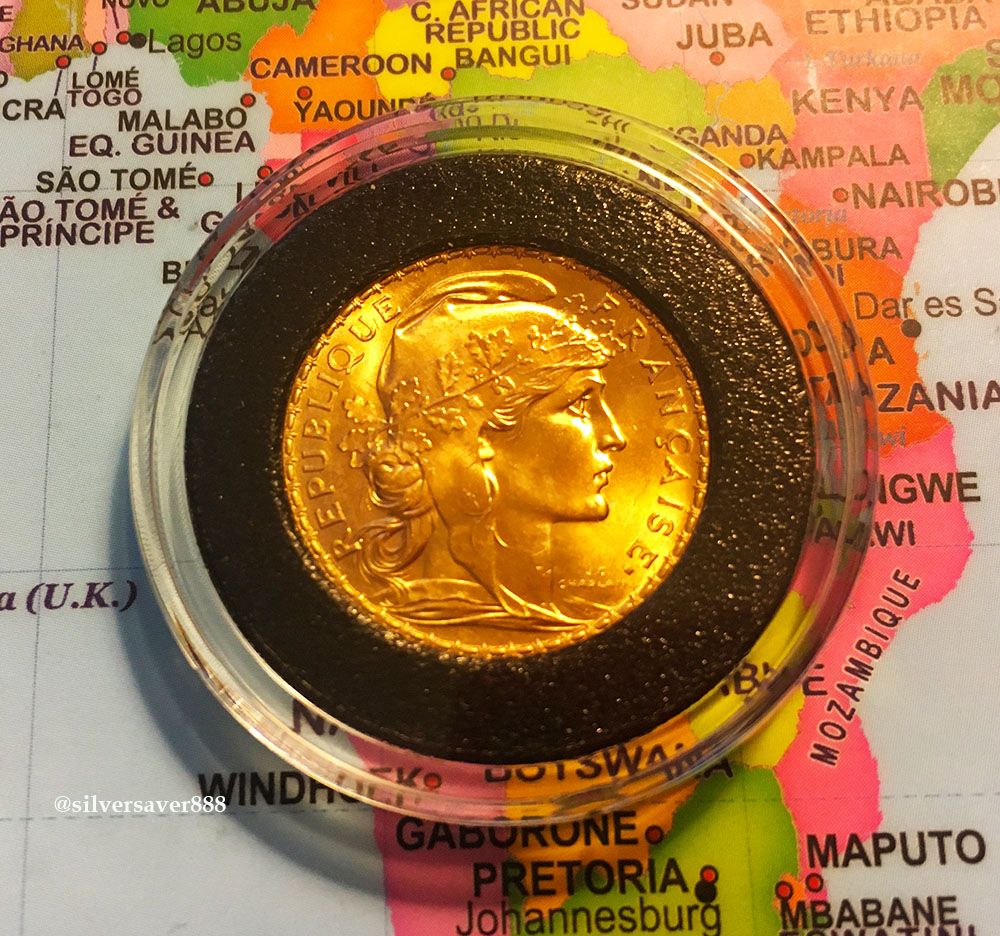 The origins of the name Marianne are uncertain. Marie-Anne was a very common first name in the 18th century, and she thus came to represent the people; the counter-revolutionaries used the name derisively when referring to the Republic.

The Phrygian cap, the symbol of liberty, used to be worn by freed slaves in Greece and Rome. Mediterranean seamen and convicts manning the galleys also wore a similar type of cap, and revolutionaries from the South of France are believed to have adopted the headgear.

Under the Third Republic, statues, and especially busts, of Marianne began to proliferate, particularly in town halls. She was represented in several different manners, depending on whether the aim was to emphasize her revolutionary nature or her "wisdom." Occasionally, the Phrygian cap was felt to be too seditious and was replaced by a diadem or a crown. 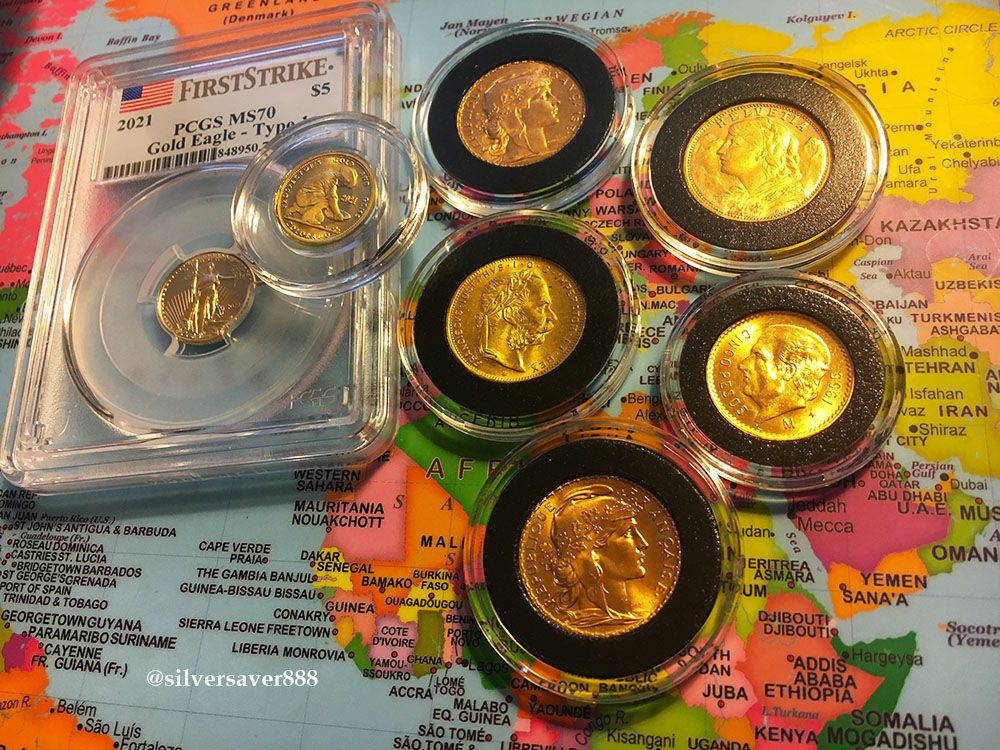