We are at 37 Celsius right now.

Law and order on high alert as people flock to the beaches in the heat. 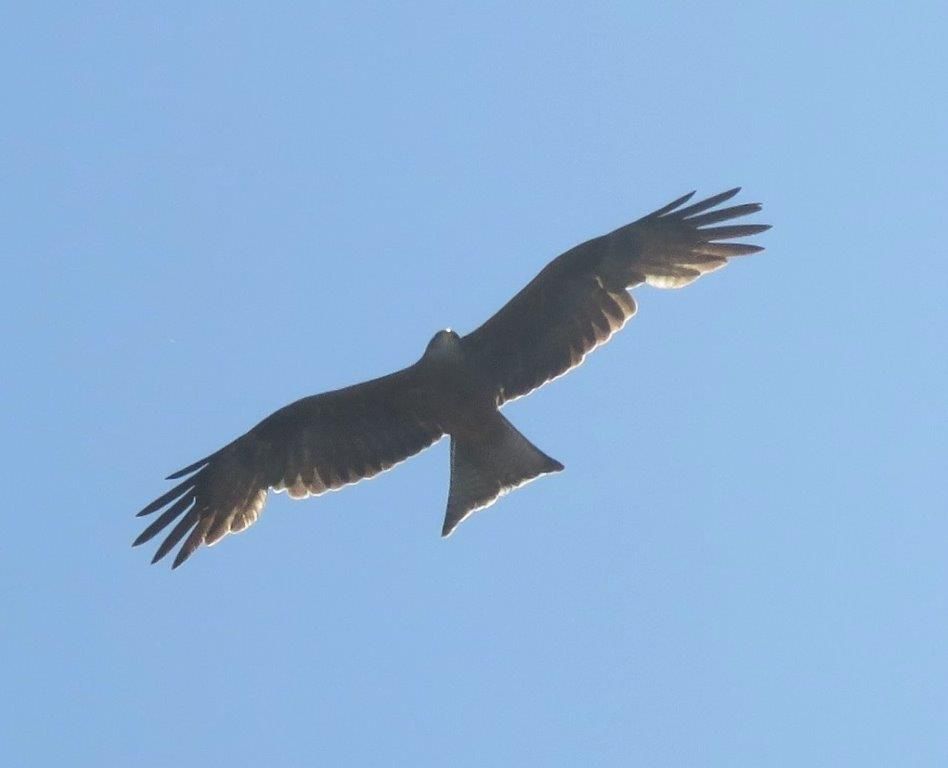 The Falcon and us had the same idea. Get out early before the heat peak to get our things done and then run to hide from the African sun.
Other inland towns in the province sit at higher temperatures and it was noted that in the areas of Vredendal and Sitrusdal the temperatures can reach 50C today. Yet other towns range in the 40-45Celsius degrees.

So we arranged an early meeting at an open air coffee house to see an old friend. Sun, or no sun, a falcon was coming in high up, so my camera urged me to go and get him. 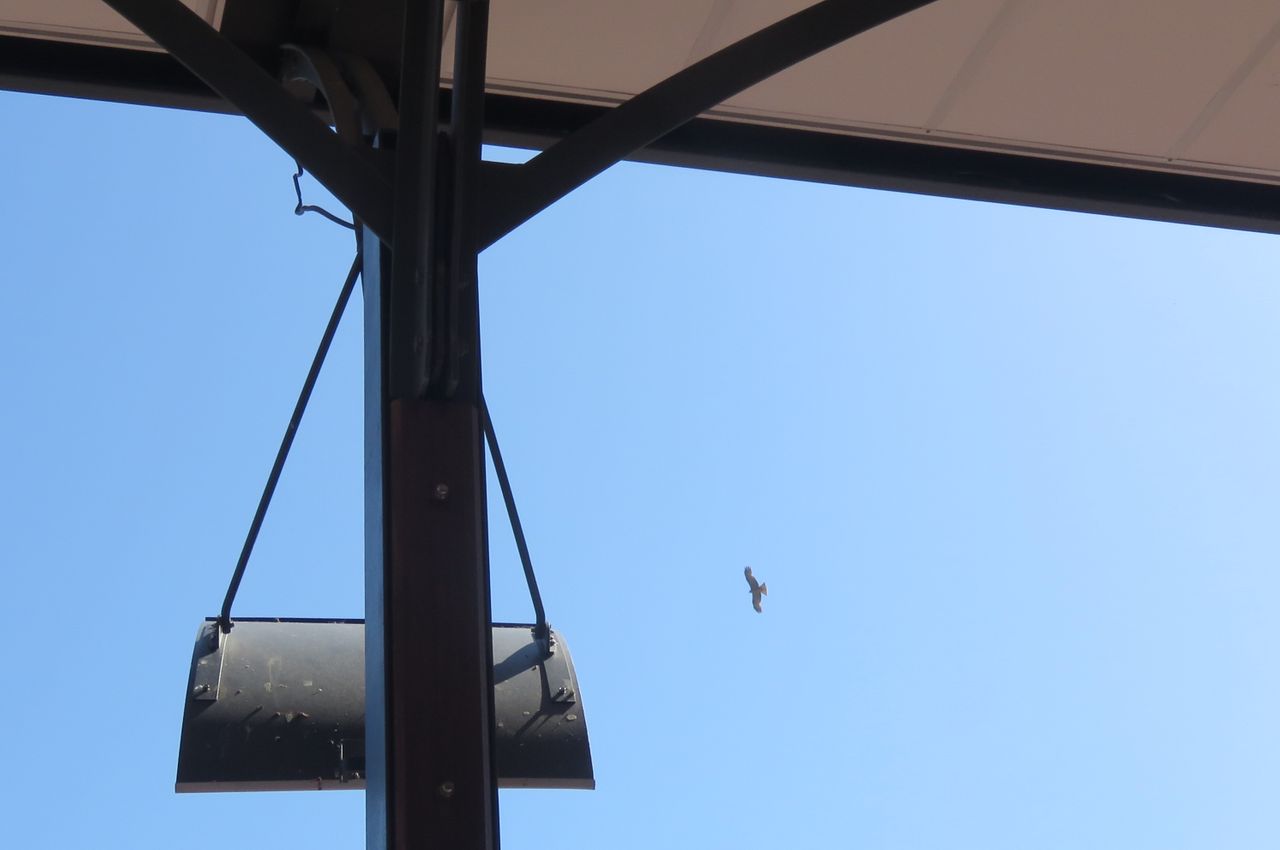 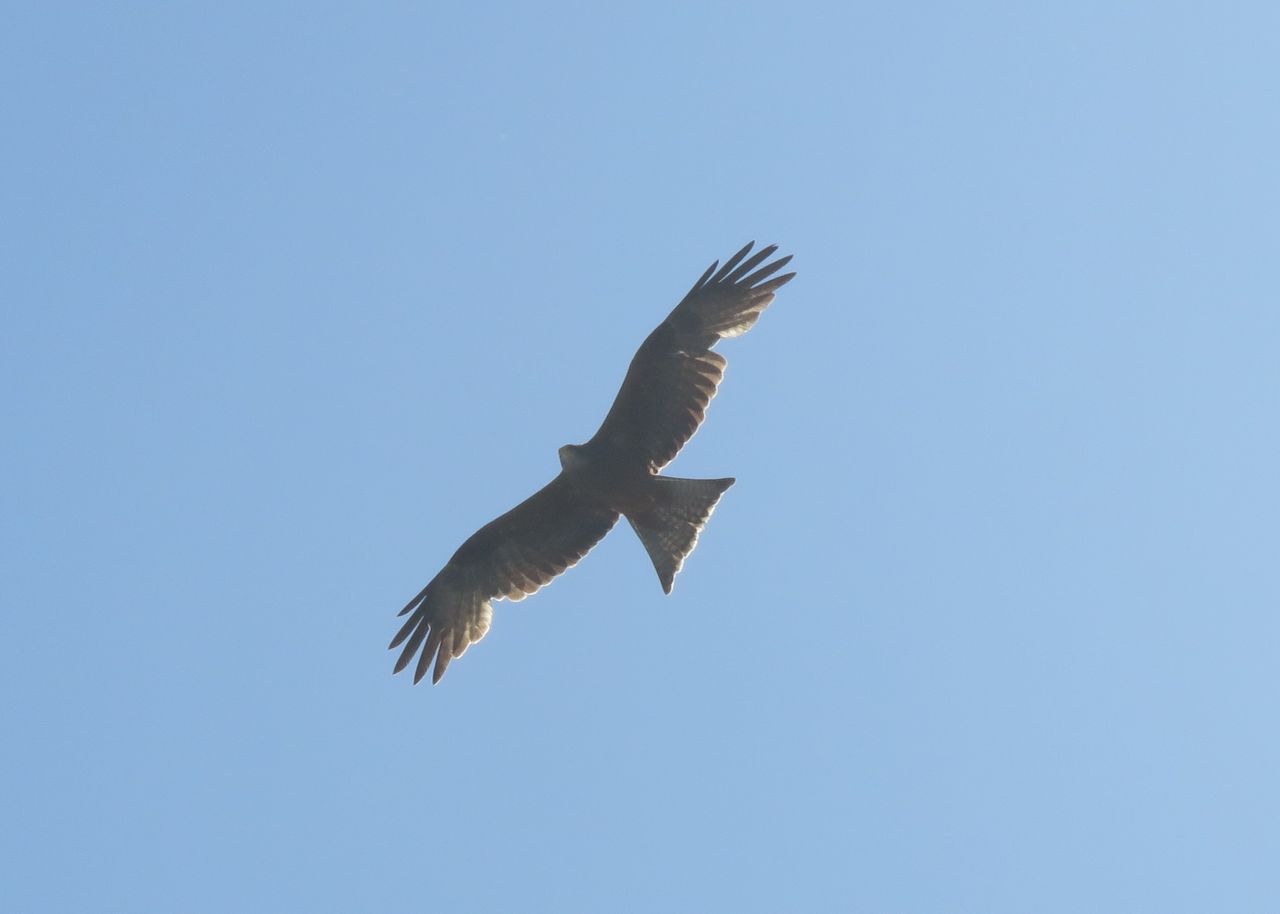 That inward curve in the tail told me that it could be one of only two species in the Kite range that we have here.
Difficult in the blazing sun to see if it was a Black Kite (Milvus migrans), or a Yellow-Billed Kite (Milvus aegyptius), but I will throw my hat in the ring for the latter. 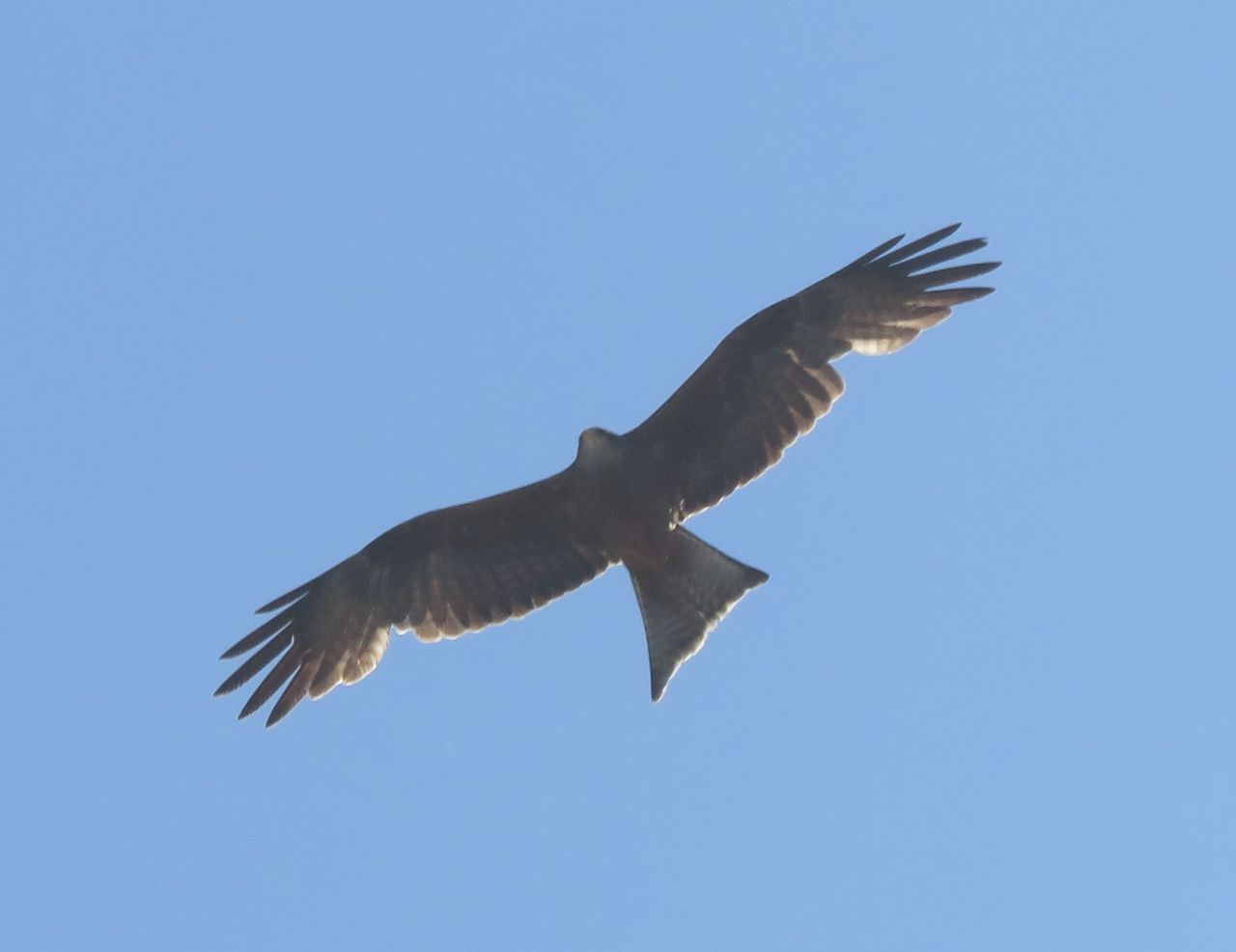 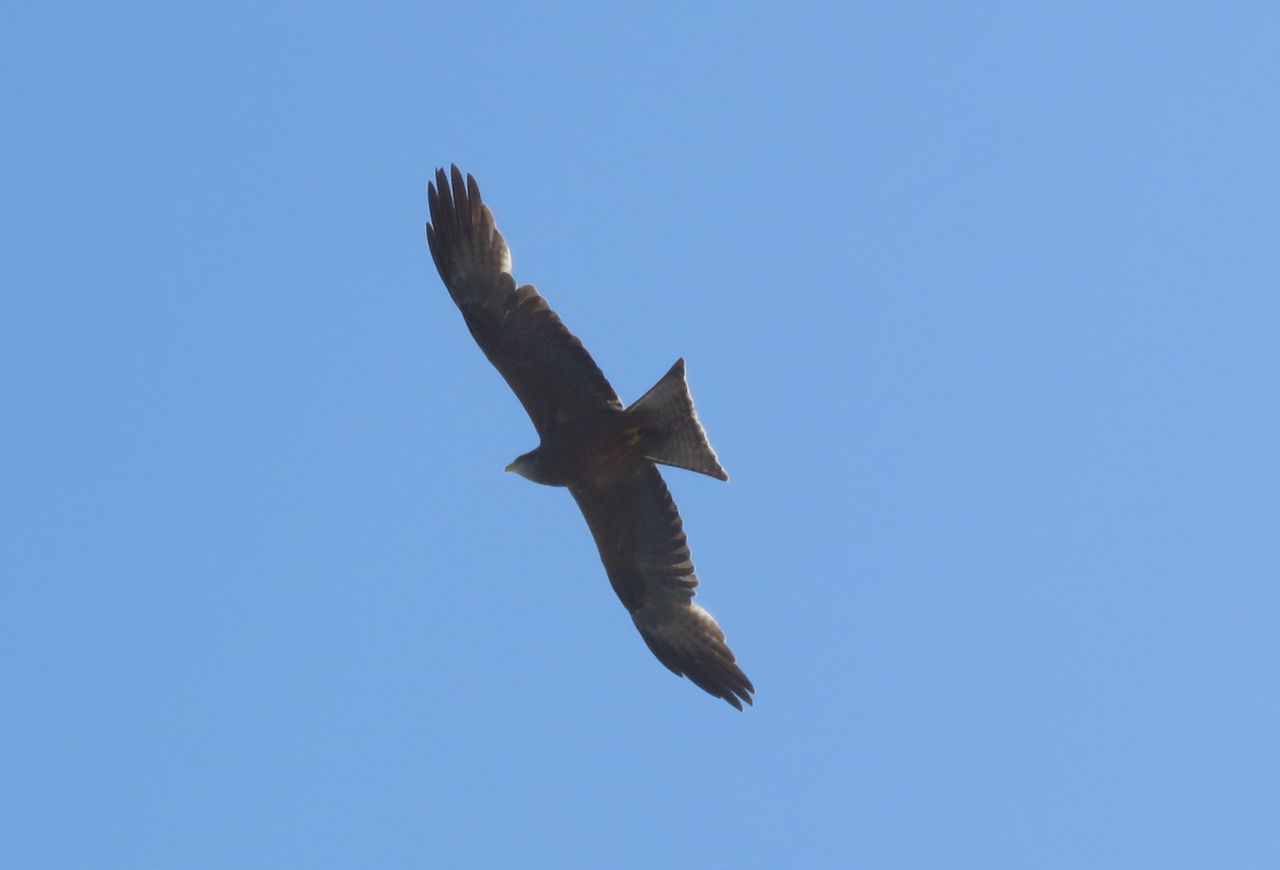 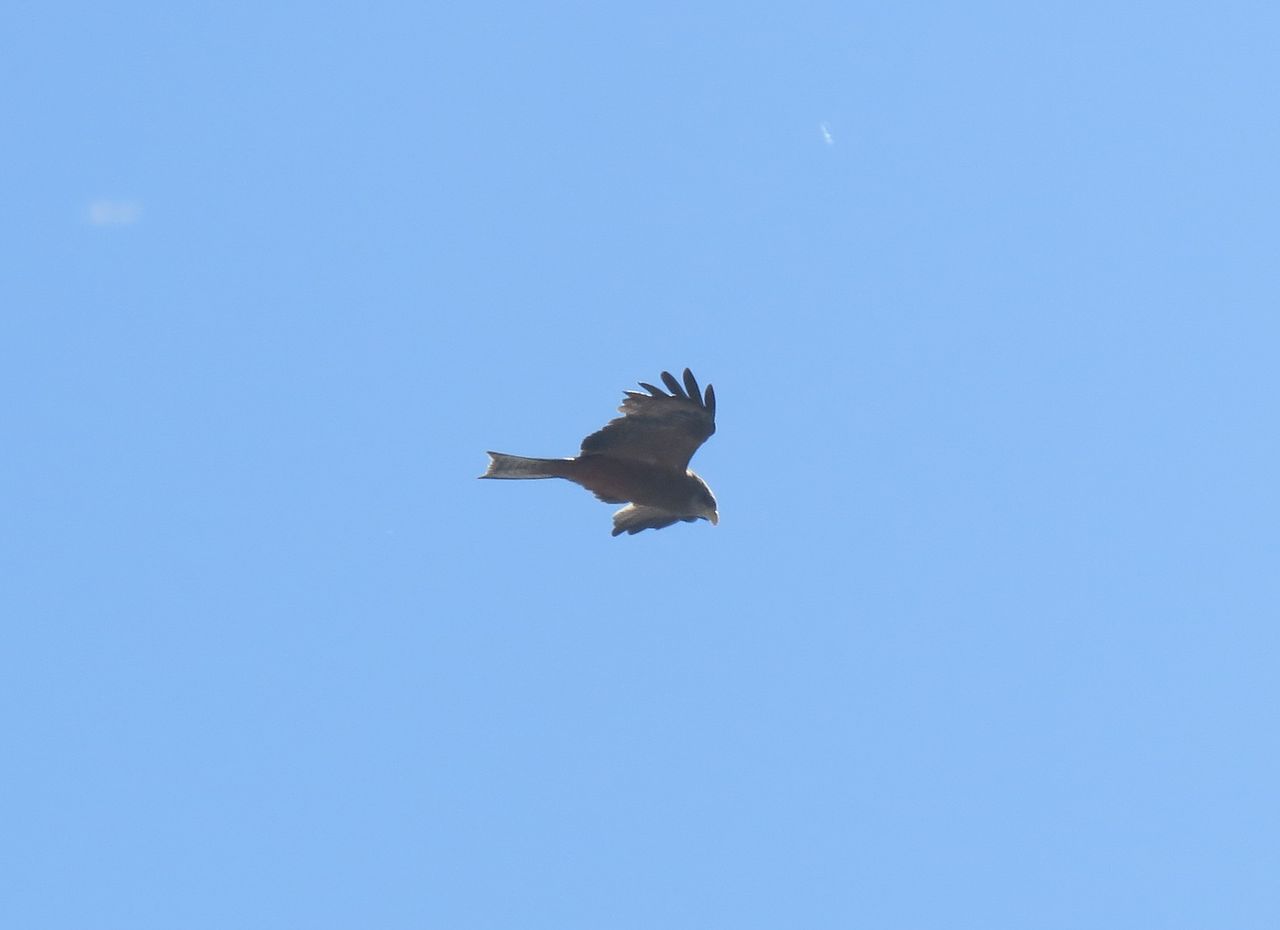 Milvus Kites
Long-winged raptors with long, forked tails and distinctive loose flight action, regularly twisting their long shallowly forked tails. Wings held level, not canted up as in harriers, and are narrower than buzzards with bent wrists.
Widespread generalists, allied to fish-eagles. The two species in South Africa are treated as races by some authorities, but are genetically distinct and at least ads are readily separated. Sexes alike, females slightly larger than males.
Source: Bird book, Birds of Southern Africa. ISBN 978-1-77584-688-0

We are safely back home now and protected by a small fan, but the rest of the house still feels like an oven inside. In any case, it is better to be inside with some ice water than to be exposed to that angry sun outside.

We hope all of you have enjoyed this post of the bird and by now I can guarantee that he has found a shady spot to sit out the day.

And That's All Friends.