Okay, first and foremost I would just like to clarify that I am neither an American citizen nor do I live in the US. The reason I’m stating this point is because I don’t want to be labeled as right wing or far right by the some of our fellow left-leaning Hiveans.

Anyway, back to the topic. So it came to my attention that YouTube have this new policy that would demonetize content creators that questions the legitimacy of the recent US presidential election. Basically, it goes like this. If certain content creators leaning on the other side of the US political spectrum made a video or videos calling the US election fraudulent; YouTube would strike said videos without warning.

When I first learn of this new policy, I was flabbergasted.

What happen to freedom of speech and expression? Since when did China’s book of censorship become the law of the land? What happened to the 1st amendment?

Aren’t YouTube supposedly just a platform and not a publisher? Is section 230 no longer in effect?

I know that YouTube has always been left-leaning and that they’ve even ban certain “controversial” content creators because their views were a bit too “controversial” and hurtful to some people. But I think they might have crossed the line with the new policy.

They're stabbing (not literary) the content creators that made them so big in the back. 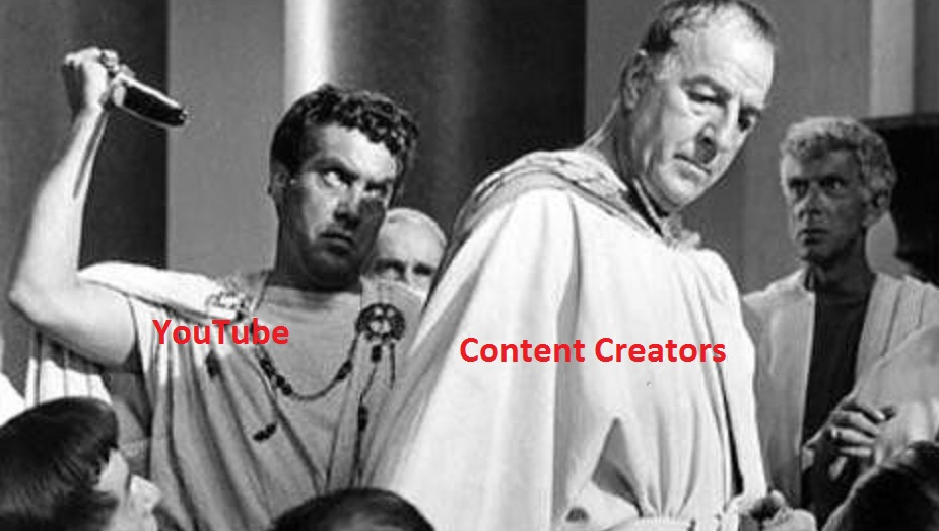 Before the election, although bias, YouTube has not been so open about it. But now, they’re declaring which side they’re on as they demonetize and shadow ban creators not conforming to their ideology.

When Trump won the election in 2016, the left have harped “Russian Collusion” for 4 years and YouTube didn’t do anything about it. But now that Biden (allegedly) won the election using fraudulent mean; YouTube are going on their way to demonetize or even outright ban content creators with differing view?
Isn’t that authoritarianism?

Honestly, YouTube new policy is a great disappointment. One of the reason I love YouTube so much in the past is because it gave people a platform to share video and express themselves. I could watch and listen to people on both side of the political spectrum, and get some entertainment out of them. But now, with YouTube’s new policy, it effectively removes any semblance of fairness. The YouTube I liked is now dead. Now it’s nothing but a political tool used by the left.

Will I leave YouTube after this debacle?
I won’t say that I would. After all, I’m not personally invested in the result of US election and doesn’t really care who got elected. What I’m worried about was YouTube becoming someone else’s political tool. And that censorship on the platform is getting worse and worse with new policies bordering to authoritarianism.

Anyway, this is all for today. I hope you could excuse me for ranting.