My take on the abortion debate In this post, I want to explore abortion. Abortion is a topic that is continuously debated and many people have very strong views about it. Politicians and religious leaders further fuel the topic of abortion. Some of them use it to gain support and others use it as a tool for manipulation. The arguments used and the way they have been delivered has ensured that consensus regarding abortion will not be reached. How complicated is this debate? Is it possible to reach a logical solution or obtain consistency with other existing laws? In this post, I will attempt to examine what I consider key points in the abortion debate.

This post is partly inspired by the recent changes in New Zealand law regarding abortion. Prior to the recent changes to their law, New Zealand had relatively strict abortion laws compared to most developed countries (New York Times). Changes have been made to greatly relax these laws. These changes are described and explained in the Abortion Legislation Bill. In short, it appears the only restrictions placed on abortion is based on risk to the mother’s health.

Do these changes to the laws represent changes in public opinion? A 2017 abortion issues poll 2017, indicated that more people supported legalisation of abortion under most circumstances. The poll also indicated that younger people are more in favour of legalising abortion. This could be an indication of shifting perceptions. Polls are not always accurate, as the sample of people surveyed do not always represent the majority. Assuming perceptions have changed, what has caused these changes?

What is an abortion?

To begin we should define what is meant by abortion. I have collected several definitions of abortion from several dictionaries.

What is the abortion debate?

Many people have put themselves into one of two camps regarding abortion. One camp claims to be pro-choice and the other pro-life. The choice of wording is political and used to manipulate opinion one way or the other. The wording is used to create the impression that opposition to either camp is immoral. This creates anger, intolerance, and even hatred between the camps. Instead, logical arguments should be presented to provide a clearer picture of reality.

According to the Cambridge Dictionary, murder is defined as the crime of intentionally killing a person. Therefore, abortion may or may not be considered as murder. It depends on how it is classified by law.

Should abortion be considered murder or some form of illegal killing? The prenatal development can be broadly categorise into three stages. These stages are germinal, embryonic, and foetal (Very Well Mind). At the germinal stage (0-2 weeks), rapid cell division occurs and cells begin to obtain characteristics. At the embryonic stage (3-8 weeks), the mass of cells begin to take on a human form. Around the fourth week, the head begins to form along with eyes, nose, ears, and mouth. During the fifth week, arms and legs begin to form. At the end of the eighth week, the embryo has all organs other than the sex organs. The embryo even has joints such as elbows and knees. The foetal stage (9 weeks-birth), is the final and longest stage. It involves rapid growth and brain development. At around 12 to 13 weeks, fingernails, toenails, hair, and eyelashes form. In the final couple of months, the lungs develop to enable breathing outside the womb (Very Well Mind).

Based on the stages of development, we can argue that at the germinal stage, a person does not yet exist (i.e. just a bunch of cells). We can also argue that at the foetal stage, a person does exists (i.e. has all the important physical characteristics of a person). At the embryonic stage, it is a little less clear. According to the Charlotte Lozier Institute, a foetus is sufficiently developed to experiences pain before 20 weeks. This aligns with considering a foetus to be person. The article also states that embryos, at 8 weeks, can exhibit responses and stress during invasive procedures. The article also states that the nervous system is established by 6 weeks and that brain function begins developing at 6 weeks. Pain receptors around the mouth develop at 7 weeks. Many important functions are developed during the embryotic stage. This provides reason to believe that an embryo could be sufficiently developed to be considered a person.

My views regarding human development

Based on the information I have found, I would describe humans as either unformed, forming, or formed. I consider unformed as the pre-embryonic stage of life. I consider mid-stage embryos, foetuses, babies, and children as forming (i.e. not completely self-sufficient but have all the parts and characteristics). I consider formed as adults (i.e. developed sufficiently to look after themselves without support). During the forming process, a person transitions from inside the womb to outside the womb. A person transitions from complete dependence (i.e. inside the womb) on another human to partial dependence and eventually, in most cases, complete independence. Figure 1 contains a summary of these views.

Figure 1: Summary of my views regarding human development If we assume mid-stage embryos and foetuses are people, we can argue that abortions after 6 to 7 weeks of development meet the criteria of the intentional killing of a person. Therefore, should these abortions be considered murder? There are still a few more factors to consider.

Risk to the mother

Embryos and foetuses are completely dependent on their mother’s body to survive. It is also possible that carrying an embryo or foetus can be a serious health risk to the mother. It is possible that in order to save or protect the mother’s health, the foetus will need to be aborted. Under these circumstances, the choice is between who to save, the mother or the foetus. Under these circumstances, the mother should be allowed to decide if she is willing to risk her life to save her foetus. If the mother cannot or is unable to decide, her doctors should make the decision.

Pregnancy through rape is sometimes given as a reason for abortion. The woman is impregnated through no choice of her own. A pregnancy caused through rape causes extended suffering to the victim. An abortion could alleviate some of that suffering. However, the abortion, if more than 6 or 7 weeks into the pregnancy, is still the intentional killing of another person. Pregnancy from rape can be avoided through the use of emergency contraception, which is effective if taken in 5 days after being raped (International Consortium for Emergency Contraception (ICEC)).

Other arguments for abortion

There are several other arguments used to support abortion. These include:

If the foetus has no chance of survival, the decision could then be based on what is the safest for the mother and causes the least suffering to the foetus. The other three arguments are placing preference and financial considerations above the life of a person as defined in this post. There are also arguments regarding impact on mental health and family life (BBC). These can be classified as costs but supporting abortion under these circumstances places the cost of hardship above the life of a person.

Quick look at the statistics

According to the Guttmacher Institute, in 2010, about 33% of abortions in the USA occurred before 7 weeks of development (i.e. early to mid-stage embryonic). See Figure 2 below. The more recent statistics released by the Guttmacher Institute does not include data for less than 7 weeks. However, in 2016, the combined percentage of abortions before 8 weeks was 65.4% (Guttmacher Institute), which is slightly lower than the combined total of abortions for less than 7 weeks and between 7 and 8 weeks for 2010, which was 63.1% . According to the Guttmacher Institute, the number of abortions per woman aged between 15-44 is decreasing worldwide. These decreases were statistically significant for North America and Europe. However, 25% of all pregnancies end in abortion. Based on the definition of a person provided in this post, approximately 15% of all pregnancies end as an intentional killing of a person.

Comparison of laws in different countries The information contained in Figure 4 is frequently updated on the Center for Reproductive Rights website.

The Center for Reproductive Rights also provides information regarding particular clauses and permissions in relation to abortion in each country; these include: As of 2019, the Federal Courts have blocked all of the Heartbeat Bills. It is argued that abortion should be legal until the point of viability (i.e. ability to survive outside the womb); this was estimated to be between 24 and 28 weeks into the pregnancy (Wikipedia). With advancement in technology, It is possible for a person to be born much earlier (Self).

Determining if someone is classified as a person based on the capability of technology to support life outside the womb is more arbitrary than classifying a person based on physical development. One day, it is likely to be possible for an entire pregnancy to be supported by an external artificial womb (The Verge).

For the majority of the pregnancy, from what we can conclude based on the stages of development, an abortion can be considered as the intentional killing of a person. This intentional killing is not necessarily murder as the law defines murder. Whether abortion should be considered murder also depends on several factors. An abortion that saves the mother’s life could be considered as act of self-defence and therefore can be strongly argued as not murder or any other form of illegal killing. An abortion for reasons such as sex selection, financial, personal preference, or rape cannot be argued as an act of self-defence as the foetus poses no physical medical risk to the mother.

The people of the country/state/community should determine how abortion should be treated in regards to laws. It is important for people to gather as much information as possible to form their own opinion. People should try to avoid fanatical pro-choice or pro-life arguments from politicians or religious leaders who are using their arguments to gain power or popularity. 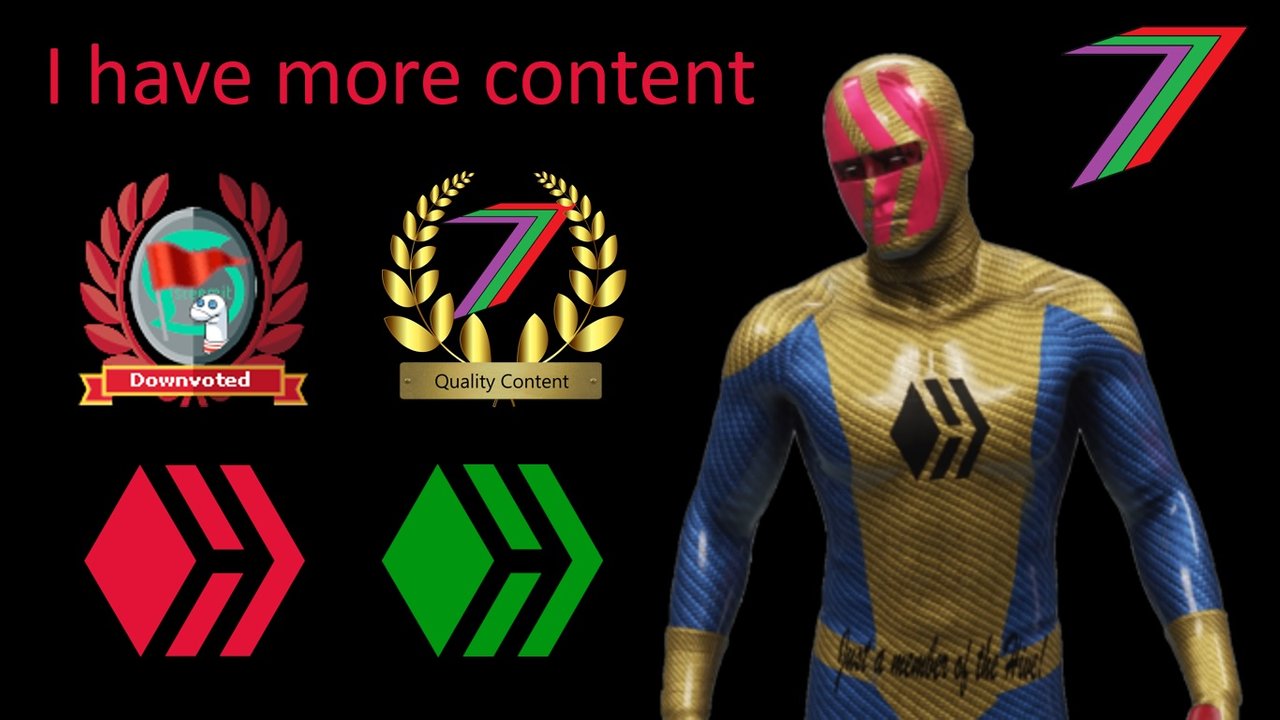