I never did believe that someone you trust and love so much. Someone you call your husband. Someone who you have a child with. Someone you thought you knew all along, was nothing but a stranger to you. This was my case, this was my story.

Okonkwo My husband had traveled to the white man's land in search of greener pastures just after the birth of our only daughter. We had promised to wait and stay faithful to each other. It wasn't going to be easy as we knew. At that time I was still a young woman in my early twenties and as such I had so many suitors still coming around me. Okonkwo made us swear before the village Agbara ( deity ) that I would wait for him till he returned from the white man's land. 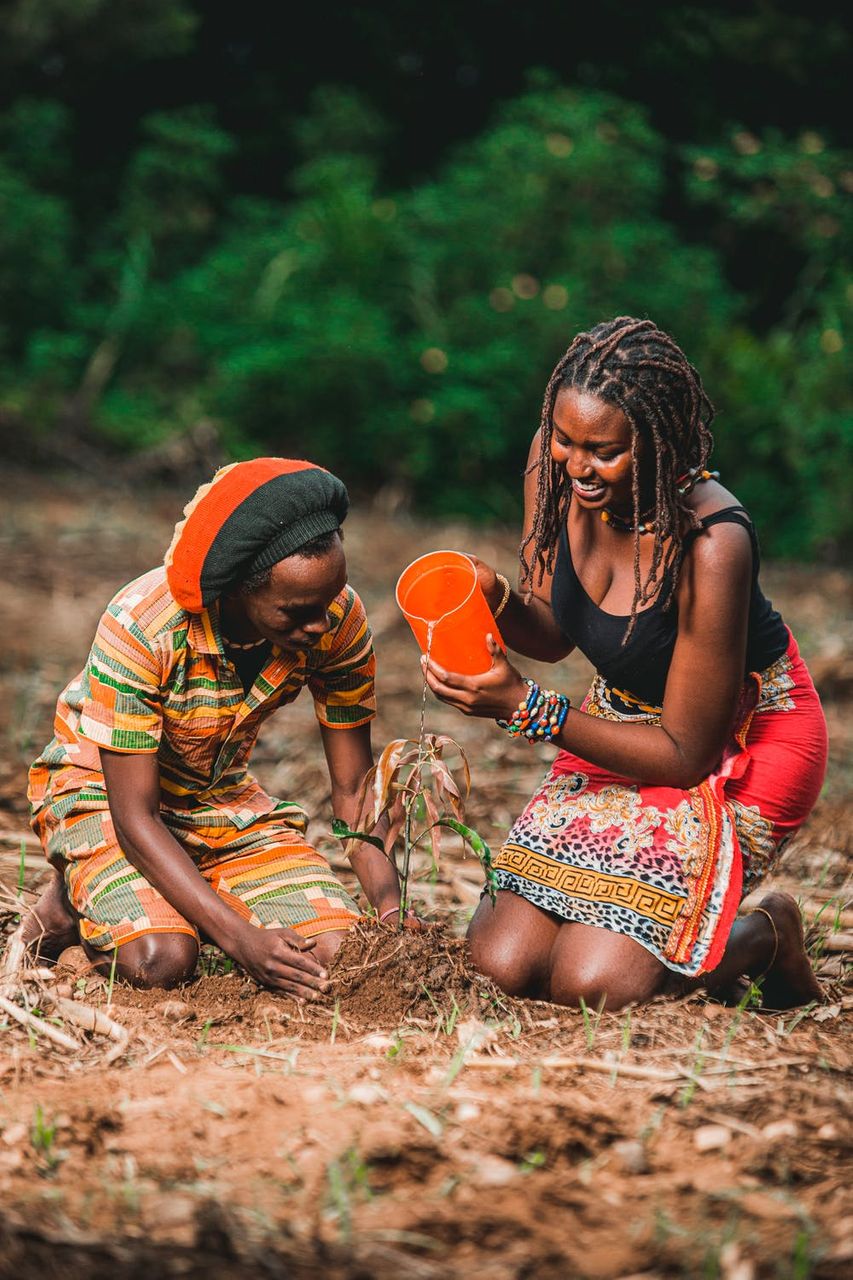 Although I promised him and knew I could wait for him to return because I truly loved my husband. He was the first man I had ever dated. In Fact it was Okonkwo that deflowered me. But he insisted. Swearing before the great agbara wasn't a big deal for me if it would prove to the man of my dreams how much I loved him.

Throwing caution to the wind and turning deaf ears to the consequences of what might happen if I go against my words. I stepped into the shrine barefooted looking fearless. I couldn't see the Oke agbara (Chief priest) but I heard his voice.

"Repeat after me, I" the voice said

"Swear on this day that I would be faithful to my husband throughout the days of his sojourn to a stranger land" Oke Agbara continued.

"Swear on this day that I would be faithful to my husband throughout the days of his sojourn to a stranger land" I repeated in shaking words.

"And if I ever go against my wish,let the gods deal with me in a way that pleases them" he concluded standing from his hiding place.

"And if I ever go against my wish,let the gods deal with me in a way that pleases them"

And from His hiding place just behind the black curtains at the left side of the shrine the voice emerged. He was an old man with white hairs and beards. He stepo up to me and touched his white staff on my head five times.

"It's done, my daughter," he announced.

I quickly turned and walked out of the shrine to meet my husband who was outside grinding with smiles.

"That's my beloved wife" he said as he kissed my forehead. As he stepped into the shrine. It was his turn to swear.

Months passed , years passed and I didn't hear from Okonkwo. Not even a letter. I was worried. Several thoughts crossed my mind, but I managed to shrug it off.

Five days later I got a letter from the postman. It was from Okonkwo, he was coming back next week. I danced like I have never done before. Even a blind man could tell the joy in my heart by looking at my face. I never knew his coming back would give me the shocker of my life. 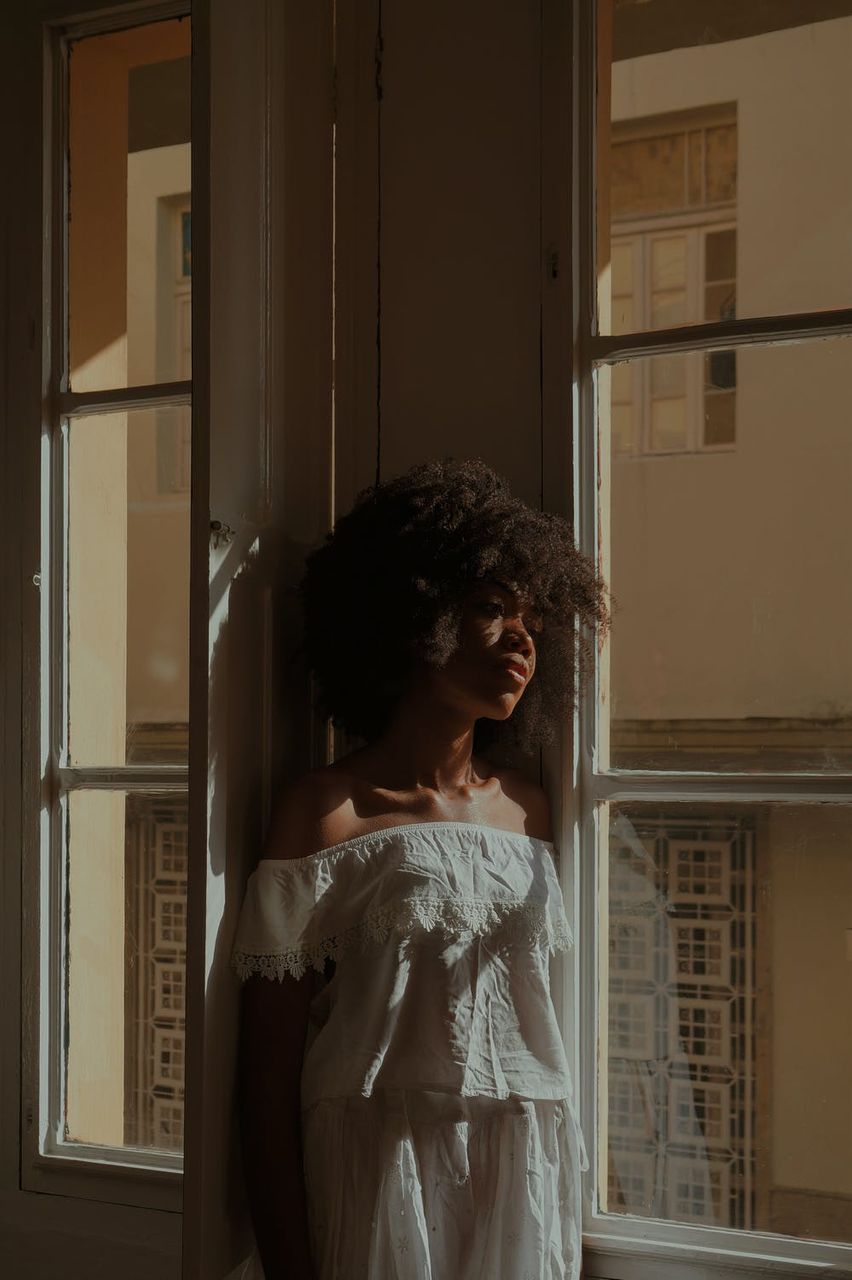 Source
My husband Okonkwo returned from the white man's land on the due date with a foriegn wife. And to crown it all up he introduced me to his new wife as his sister right before his immediate family and none of them cautioned him. They were all aware of it. I sat there in shock with my mouth wide open. What was happening. Was this the Okonkwo I married or does he have a twin? I asked no one in particular. What about the oath we took at the shrine isn't he scared that the gods might strike him dead? I kept asking myself.

Few hours after dinner. I called him aside. We needed to talk. I wanted to find out the whole truth. If I have been played.

Sitting on a bench in the garden, I watched as he walked up to me. He was smiling.

"Your wife, Okonkwo?" I asked instead. "How do you call me your wife and yet you never told me you're going to the white man's land to get married to another woman. How do you call me your wife yet you introduced me to your new wife as your sister?. Okonkwo what is going on. What happened. Aren't you aware that we took an oath to guard this love? Aren't you scared of the consequences?."

" I'm sorry I didn't let you in on the new development. But that was the only thing I needed to do in order not to get arrested by the police over there and also become a citizen. I did this for us, my love. And again don't spoil this for me just play along"

"Play along? Are you telling me you intend to deceive your new wife too?."

"Not for long. She will soon travel back. Then I can have you all to myself for five months till it's time for me to travel back to."

"Okonkwo, to think that you have the courage to tell me all this or to hurt and deceive that innocent woman. Okonkwo, where's your conscience?. That aside what about the oath we took at the agbara aren't you scared of the repercussions?."

"That?"Okonkwo gave a hearty laugh. "that was all staged to keep you all to myself. I couldn't afford losing you my love." He said coming closer to touch me but I pushed him off.

"Well, thanks to you for telling me it was all staged because at the moment you just lost me Okonkwo. I can't live or marry a man who thinks only about himself without considering other people's feelings, especially people he claims to love. Goodbye Okonkwo" I said as I stood up and stomped off the garden.