It was a warm and sunny day. The kind of weather you'd hope for if you were planning to go on a picnic at the park. And as the politicians went on their mid-term break, reporters were looking at entertainment and sports events to grace the front pages. It was a slow day for the news agencies. As an astute observer, Maria saw this as a sign to take a much needed break.

I think I need new shoes and a tote bag. Maria thought about going to the mall on her week-long vacation to see what's new. She might be a fearless reporter and fighter, but she's also not one to neglect her looks and beauty. It had been a long time since she went out to the mall to window shop and look at the latest in fashion, so she asked her mom to accompany her for a long-overdue mother-daughter bonding experience.

"I thought you'd never ask. Let's go tomorrow. We will have a fun time together." Mrs. Santos was meaning to ask her daughter to join her in her regular forays to the town center, but she saw that Maria was always busy, until now.

"Good morning, mama!" Maria was in a good mood.

"I heard that there's a new #vegan cafe beside the old inn at the town center. Do you want to check out the place and have breakfast there? They are getting good reviews online." Maria was eager to start her vacation by treating her mom to a spa and getting her a nice dress. She had a lot planned for the day and wanted to get a head start.

Papa can work on his workshop the whole day without any distraction. He will also be pleased that we are both going out. Maria thought about her father and was sure that he will be happy that she did not ask him to go out with them this time. She understood that fathers also need alone time in their personal space with their gadgets. 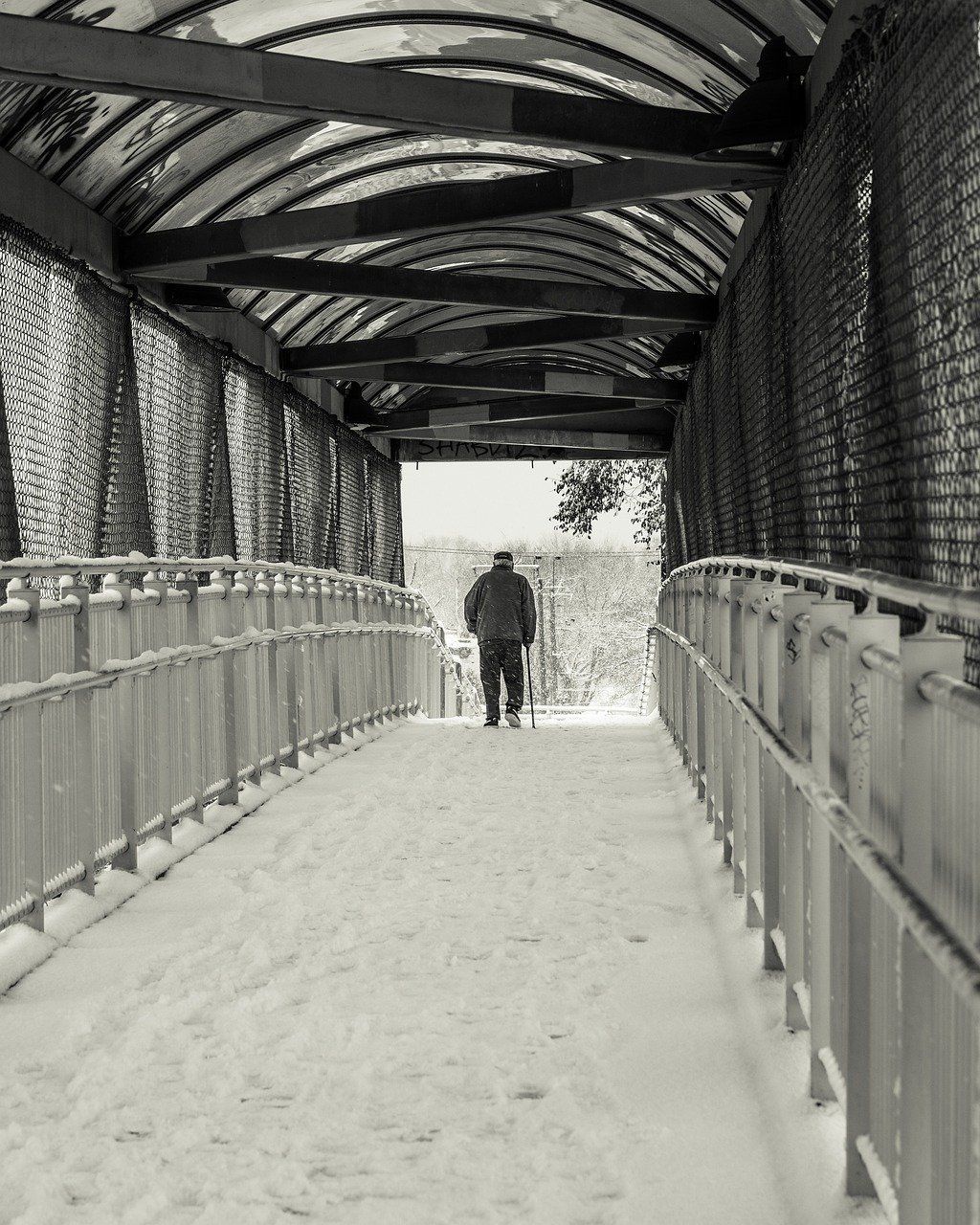 Image from the_ahnafpiash at Pixabay.

As they were driving through the newly repainted bridge, Maria noticed an old man standing at the foot of the bridge who looked like he wanted to cross but was reluctant to take the first step. She slowed down and saw that the man was carrying a white cane indicating that he was visually impaired. Maria stopped the car and turned on her hazard lights to help the man cross the street.

"This poor man should have someone accompany him when he goes out of the house. It's dangerous out here with so many cars around." Maria was talking to her mom as she stepped out of the car.

"Be careful. There are many vehicles on the streets today." Mrs. Santos voiced her concern.

"Sir, would you like some help in crossing the street?" Maria approached the blind man.

"Why, thank you, miss. I would appreciate it very much." Rafael replied in a soft voice.

"Where are you going, Sir? It is not safe to roam around in these parts of town alone." Maria wanted to know why he is walking the streets alone.

"Oh, I can take care of myself, young lady. Call me, Rafael, by the way." he replied with a smile.

"Okay, Rafael. I am Maria Santos." Mara introduced herself to the gentleman.

As they crossed the street, Mara noticed Rafael tensing up. His steps became heavier and his breathing heavy.

"What's wrong, Rafael. Are you feeling alright?" Mara scanned the surroundings and saw a couple of people around.

"I'm a little dizzy. Must be my blood sugar level spiking. I just need to sit down and get something to eat. I'll be OK." Rafael reassured Mara that he's alright.

As soon as they got to the other side, Mara sensed that something was wrong before she saw anything out of the ordinary. Just then, she saw out of the corner of her eyes, two young men approaching her car and who seemed to be assessing it's value. She did not wait a second more before making a move.

"Sit down here, Rafael. I will be right back." Mara moved swiftly and got back to her car almost at the same time as the two.

"Mama, close the window and lock the doors!" She instructed her mother loudly so that the people around can hear her. In this scenario, Mara would have just ran away to conceal her fighting abilities, but she had to protect her mother.

Mara caught the wrist of the first attacker and threw him judo-style. Something she had done countless times before and could do so easily and effortlessly, even in the dark. The lamppost caught him. Mara's throw showed her level of fighting skill that the second attacker decided to leave his buddy behind. 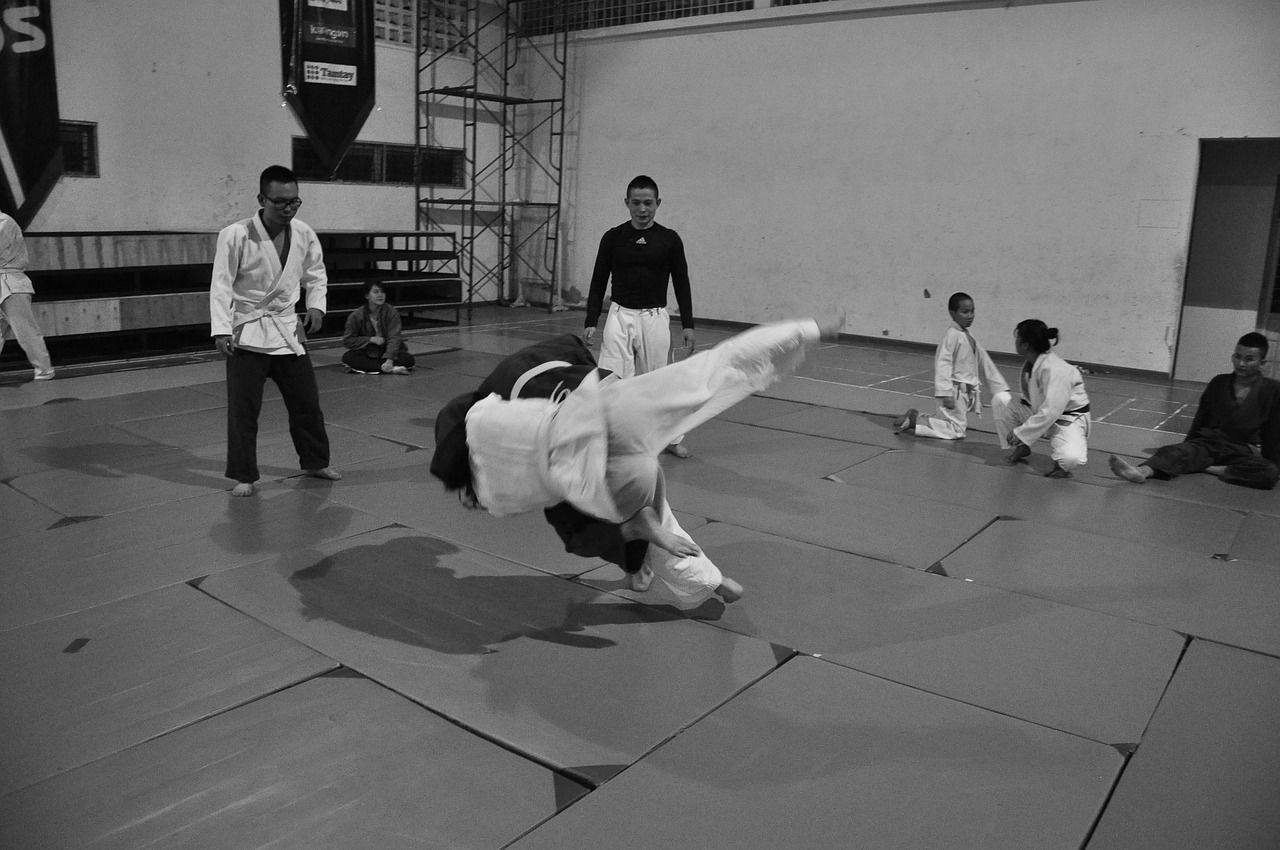 Image from quangduc at Pixabay.

He ran across the street to get away from the beautiful but dangerous woman. He thought that she was not going to leave behind her mother inside the car; he was right. He felt confident of a clean escape.

The second attacker went down. Rafael had extremely refined fighting skills of his own. Mara went to check on Rafael as soon as she was certain that her mother was safe.

"Wow. That was amazing, Rafael. I thought for a second there that you weren't blind. Are you really blind?" Mara was surprised at what she saw.

"I can see shadows; nothing more than that." Rafael confided.

"What kind of fighting style was that, Rafael? And, more importantly, can you please teach it to me?" Mara blurted out without hesitation.

"It is called Eskrima de Soledad. My grandfather was Maestro Santiago Soledad. He was an avid martial artist who studied under different masters and was able to develop his own fighting style based on the best techniques he learned from the Filipino arnis masters. I will be happy to teach it to you, Maria." Rafael responded positively. He felt Mara's sincerity in stopping to help him cross the street and was happy to teach her the family tradition.

"Thank you, Rafael. I will be a good student." Mara declared with confidence.

The police arrived after a few minutes and arrested the two thugs. Rafael, Mara, and Mrs. Santos gave their statements along with a couple of bystanders who witnessed what happened.

The day turned out to be an epic adventure and bonding time for the mother and daughter tandem. Afterwards, they went on their way to the town center to carry on with their plans of having fun with each other. They made sure that Rafael is alright and helped him on his way to his appointment. Mara was extremely happy to have scheduled a lesson with her new mentor, whom she will soon find out, is the current grand-master of the Eskrima de Soledad fighting technique.