It’s been a while I posted about photography. Not that I haven’t been taken any shots, but because I’ve kinda been collecting my shots to make another nature gemz collection. I wish I lived somewhere entirely exposed to nature because I like this kind of photography and that would’ve given me a lot of practice to hone my photography skills.

So as always, I’m going to be sharing the photo collection I’ve been collecting over the past few weeks and months. This edition will not feature a lot of pictures, because I’m home now and don’t really experience nature in the full force I used to back at school, but I don’t like my shots wasting in my gallery so here we go. You remember I went to the farm about a month ago? I think I mentioned in my post about it that I took some shots, but didn’t show you any. This first picture is one of the shots I took. I shot many things actually, but are they all in shape to post? So this flower is what came out post-worthy from the farm trip and I’m leaving it here. In this first shot, the wind was shaking the flower so I had to hold it in place to get a good shot. 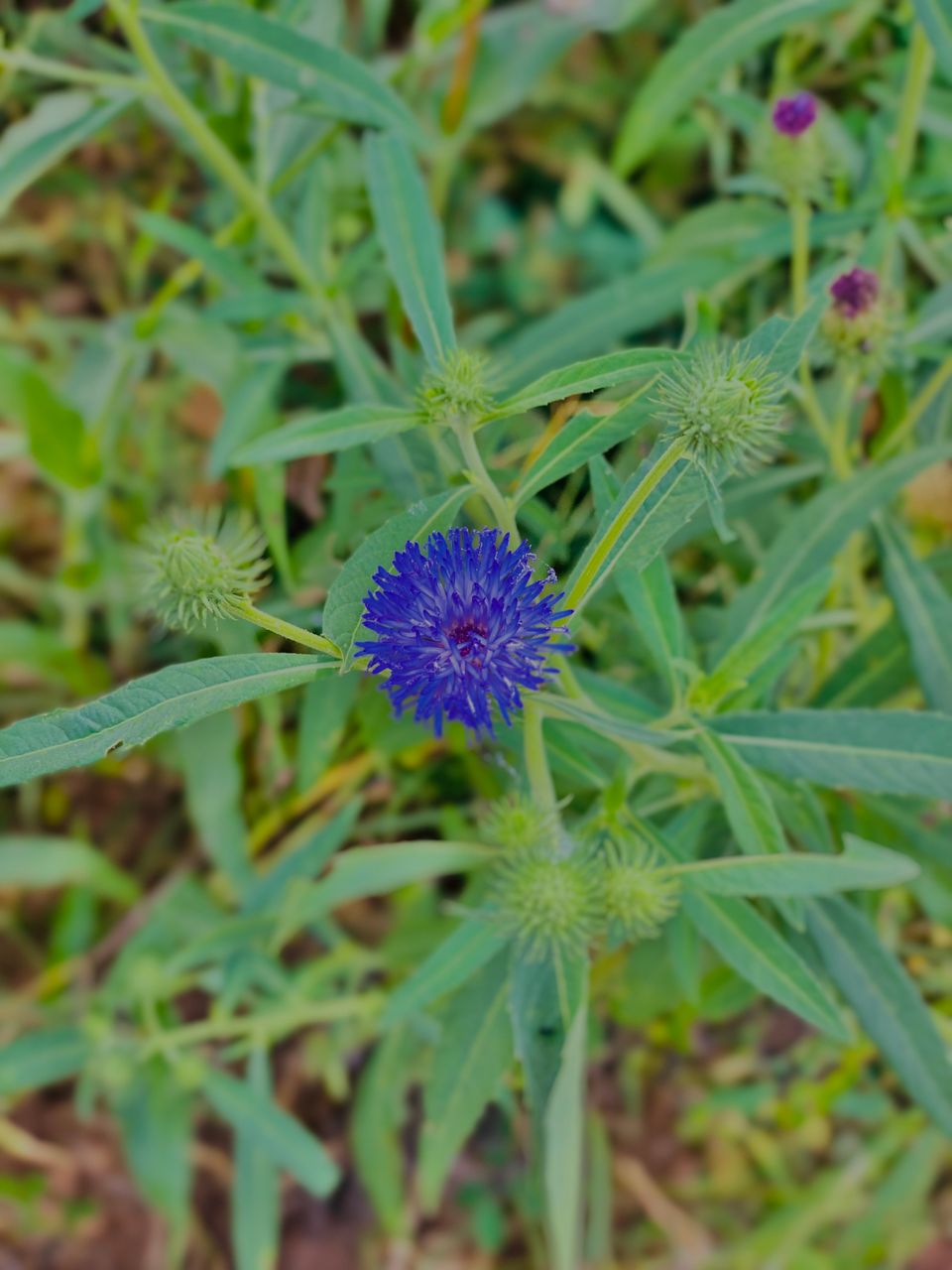 Of course as always, I played around a bit with the editing a bit, so this is still the same flower, just with a different finish lol. I don’t know what the flower is called, but didn’t stop me from clicking. I used pinterest’s picture search feature in attempts to find the name of the flower, but the search returned unfruitful. 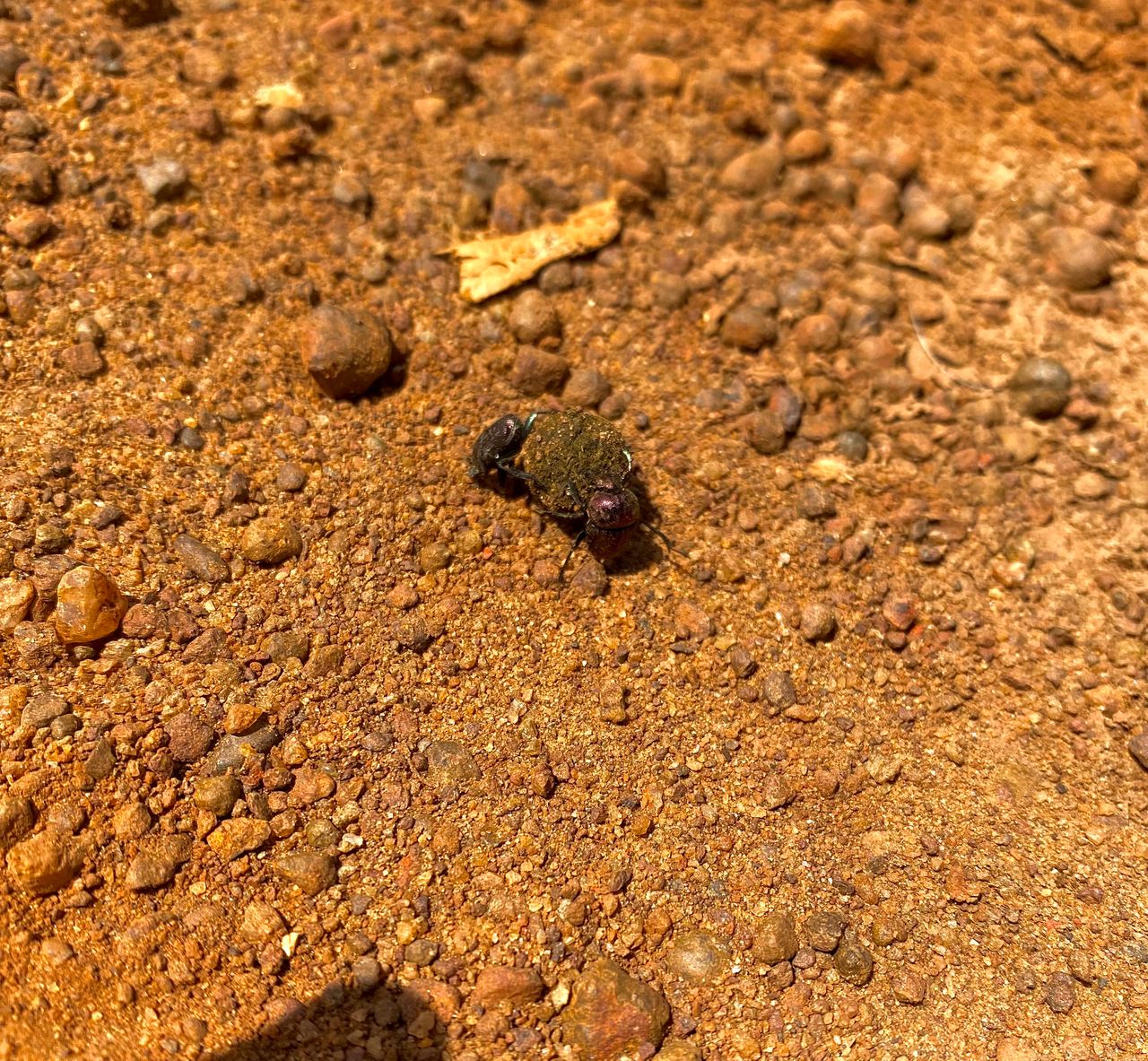 These Dung Beetles however, I managed to find out their name with Pinterest. I’m probably going to sound dumb for not knowing their name before, but yeahh. I took this first one up close and then switched to a farther lens to shoot a farther one. Looks like it came out great. 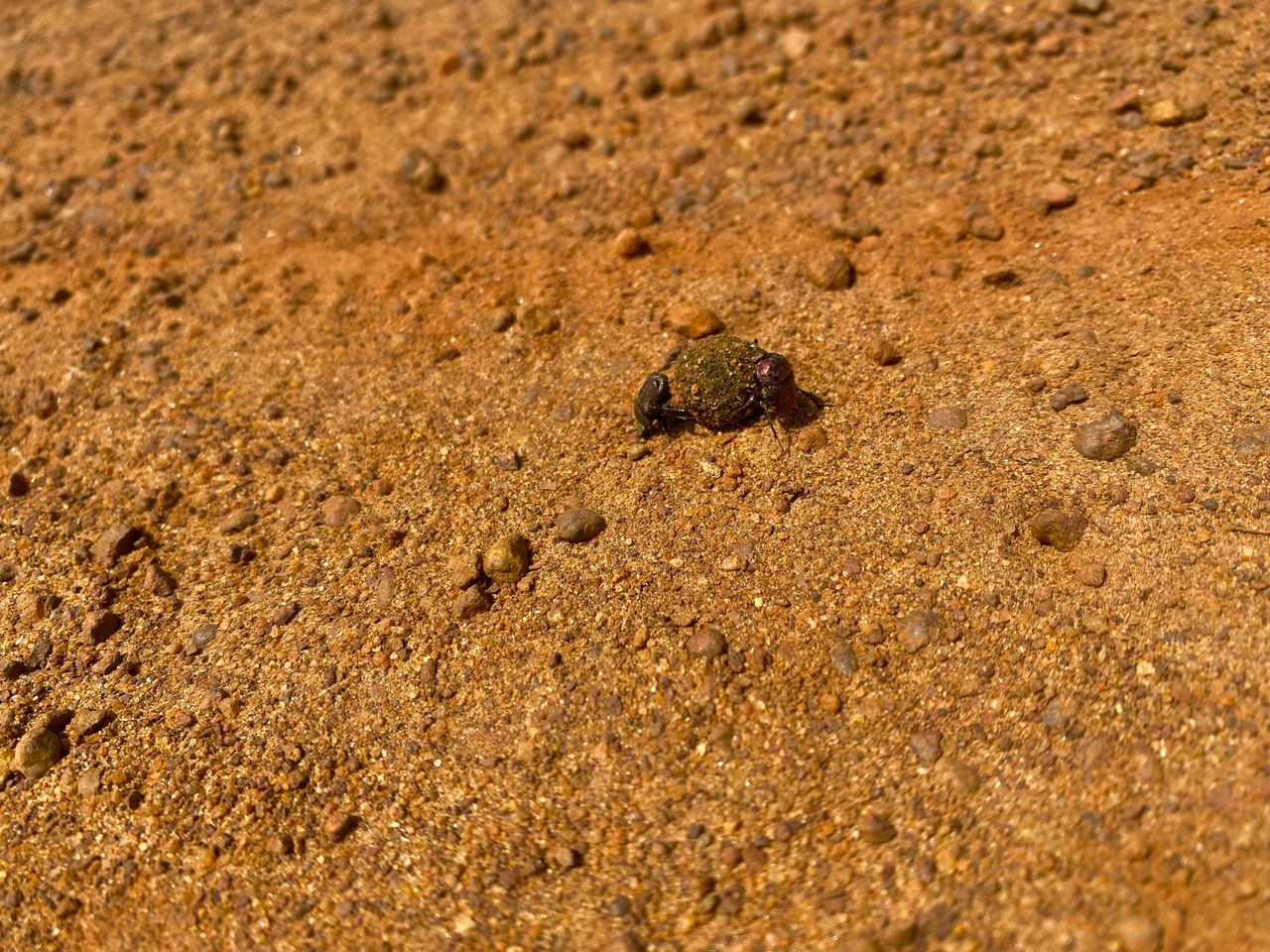 I actually shot these ones(the dung beetles) back at school, but forgot of it because it got buried under so many shots in my gallery. I would’ve added it in my last nature gemz collection post if I found it earlier. 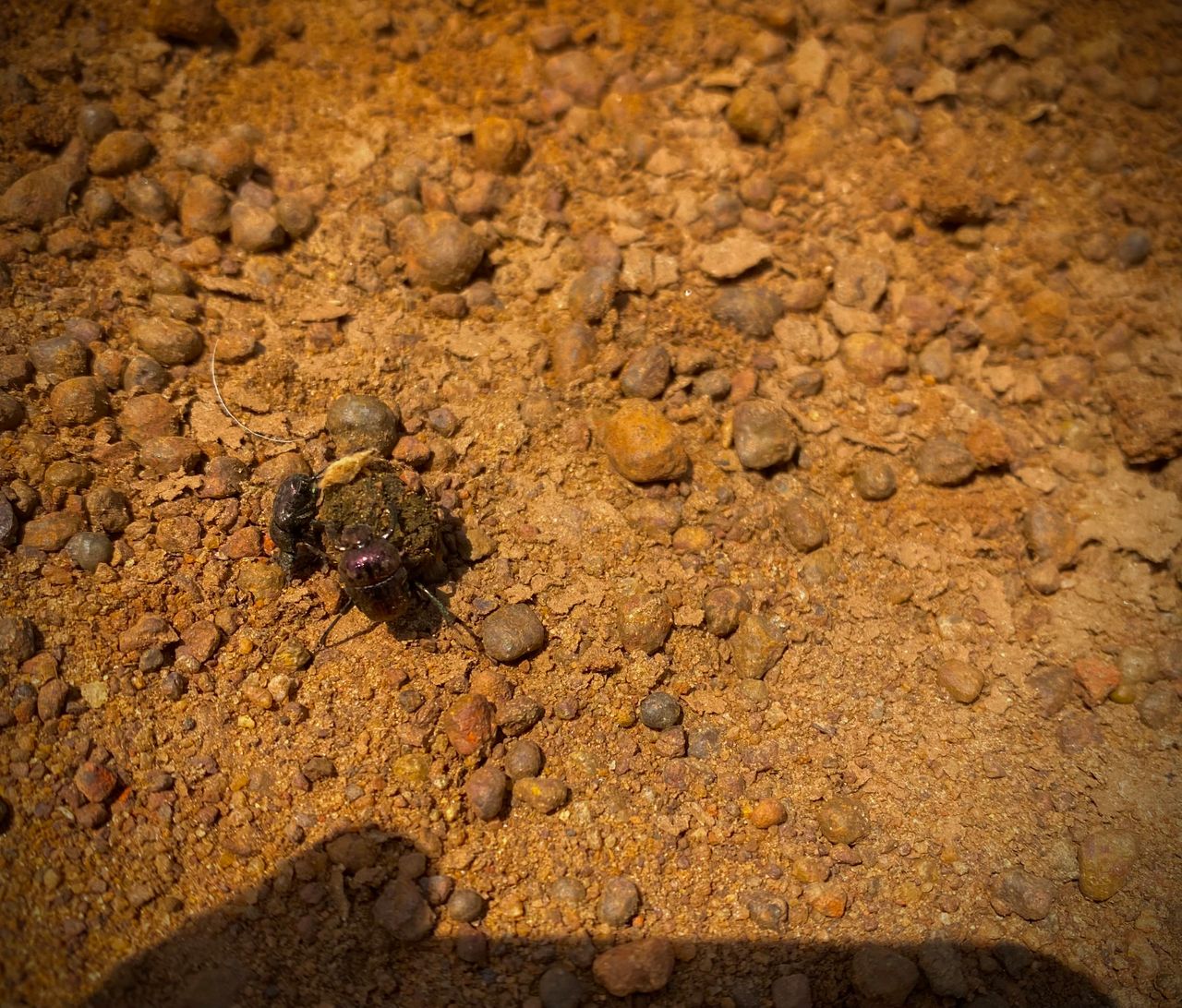 I just had to take a minute to appreciate this micro life, and I definitely took several shots. I edited them in different styles too, because they looked nice in almost every direction I went. 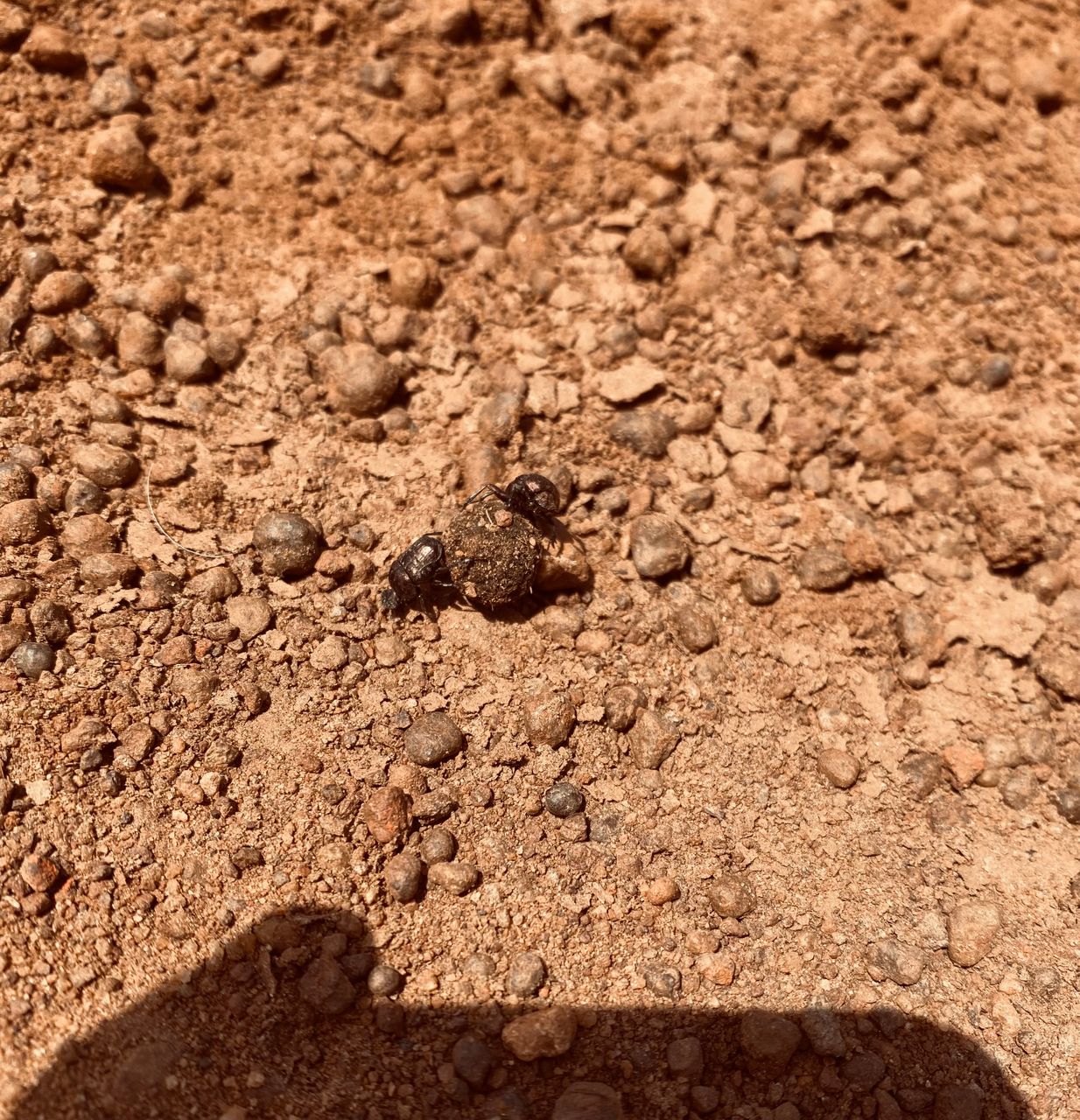 I don’t really get what this beetle was doing on top of the dung as that just seems to make the other beetle suffer lol. Now this one, this one is actually my first attempt at night photography. You’ll see my second attempt after this one. I saw this spider resting on it’s web after I almost vandalized his home. It was late night almost around 12am after I came from a boy’s hangout and headed in when I saw this just outside my house door. Isn’t it amazing how a spider like this can rest comfortable held by silk holding on to two walls? 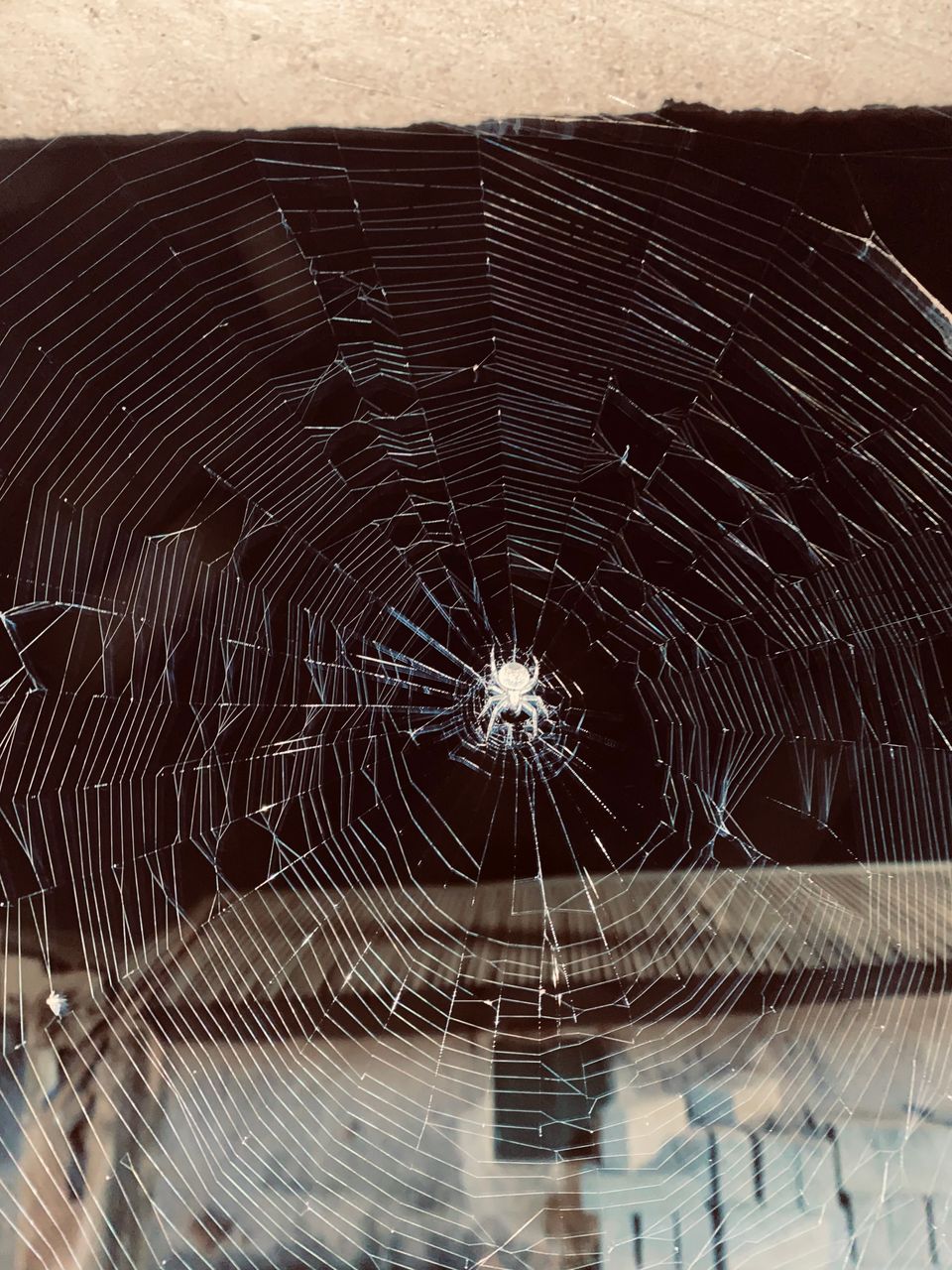 I didn’t think much of it at first, just that was a really nice scene. But then it hit me to try a night micro photo and I did lol. The fact that the web’s silk was reflective made a lot of my shots come out bad. Maybe it was just because I was an amateur as well. But yeah this is what came out of it. Not my best work, but I think I did a pretty decent job for a first time night photo. Hey, @erikah, you remember I told you I took a picture of a ladybird(turns out it’s actually called an ant bag beetle) one time with only a few coming out nice after several shots? This was the picture in question. I tried to extract the other photos from the live photo but my phone won’t let me do that. Only way I can show you this one is because I made it the key photo. I had focus problems too because my phone wouldn’t really focus on the ladybird like I wanted it to. 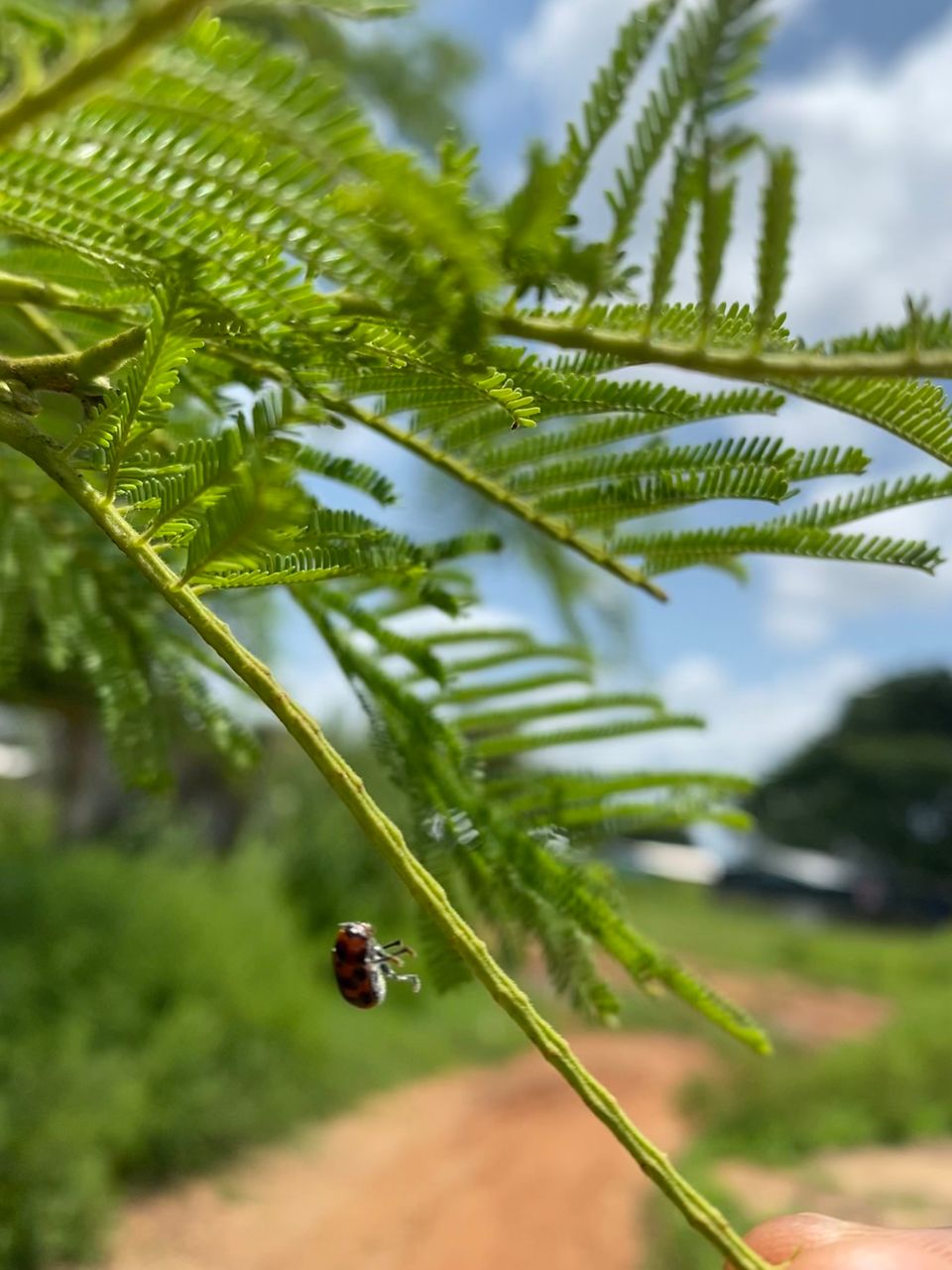 The wind was moving the branch and I couldn’t get a good shot so in an attempt to stabilize the branch with my hand, I caught the branch with too much human force and it threw the bug off. She didn’t fall though because you know, she can fly. 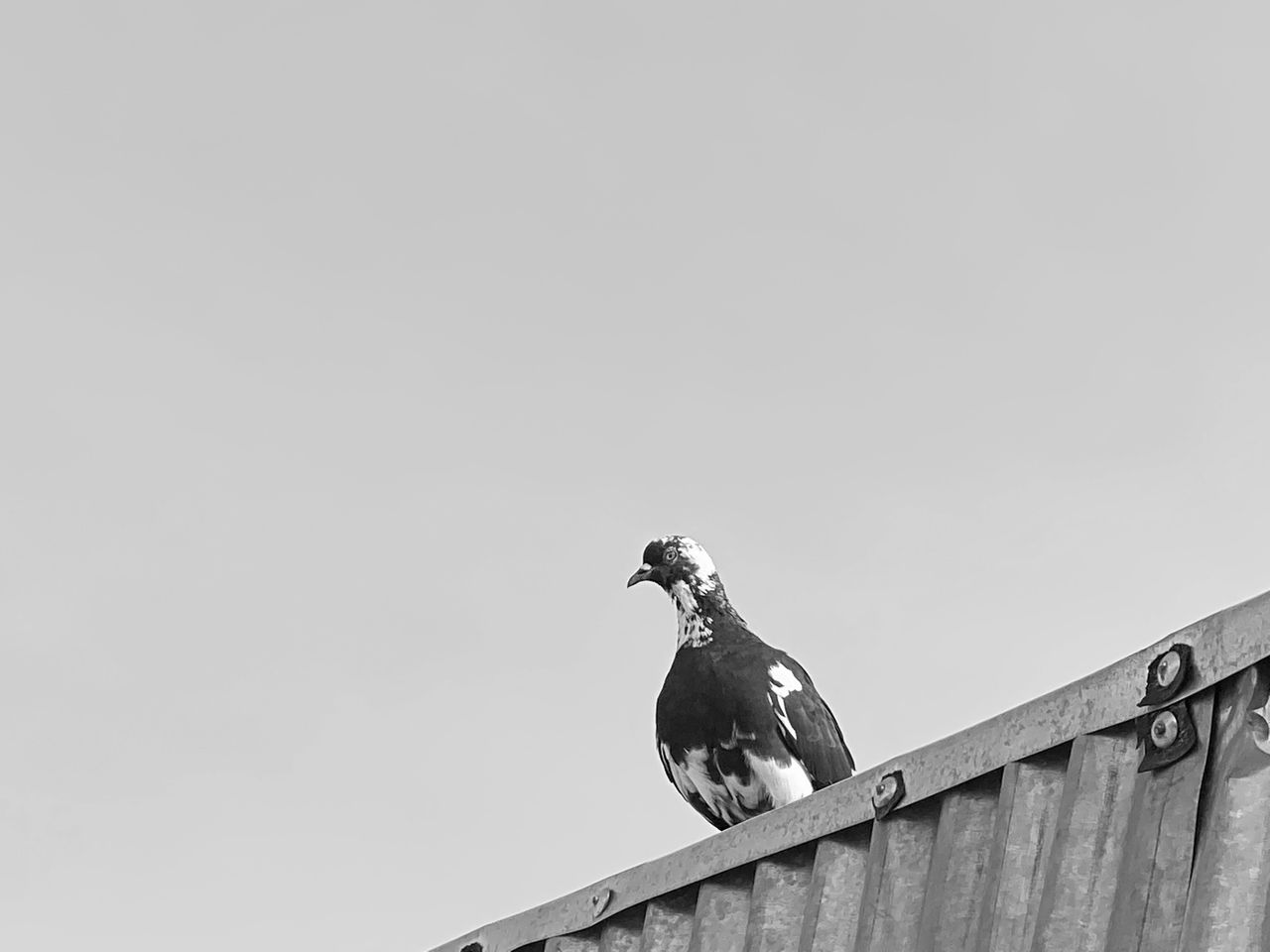 Man I’m going to be showing a lot of first times here. This pigeon right here, I caught on a rooftop in my neighborhood and it’s my first black and white photography attempt(with this phone). I’ve actually tried black and white on my iPhone X last year. So he had his friend with him, but it seems his friend got scared immediately he noticed me pointing what might have looked like a threat to him. Not this fella though. He just stood there and watched me do my thing. Stared at me like “bro what you doing” and didn’t look away for a second until I put my phone back down. 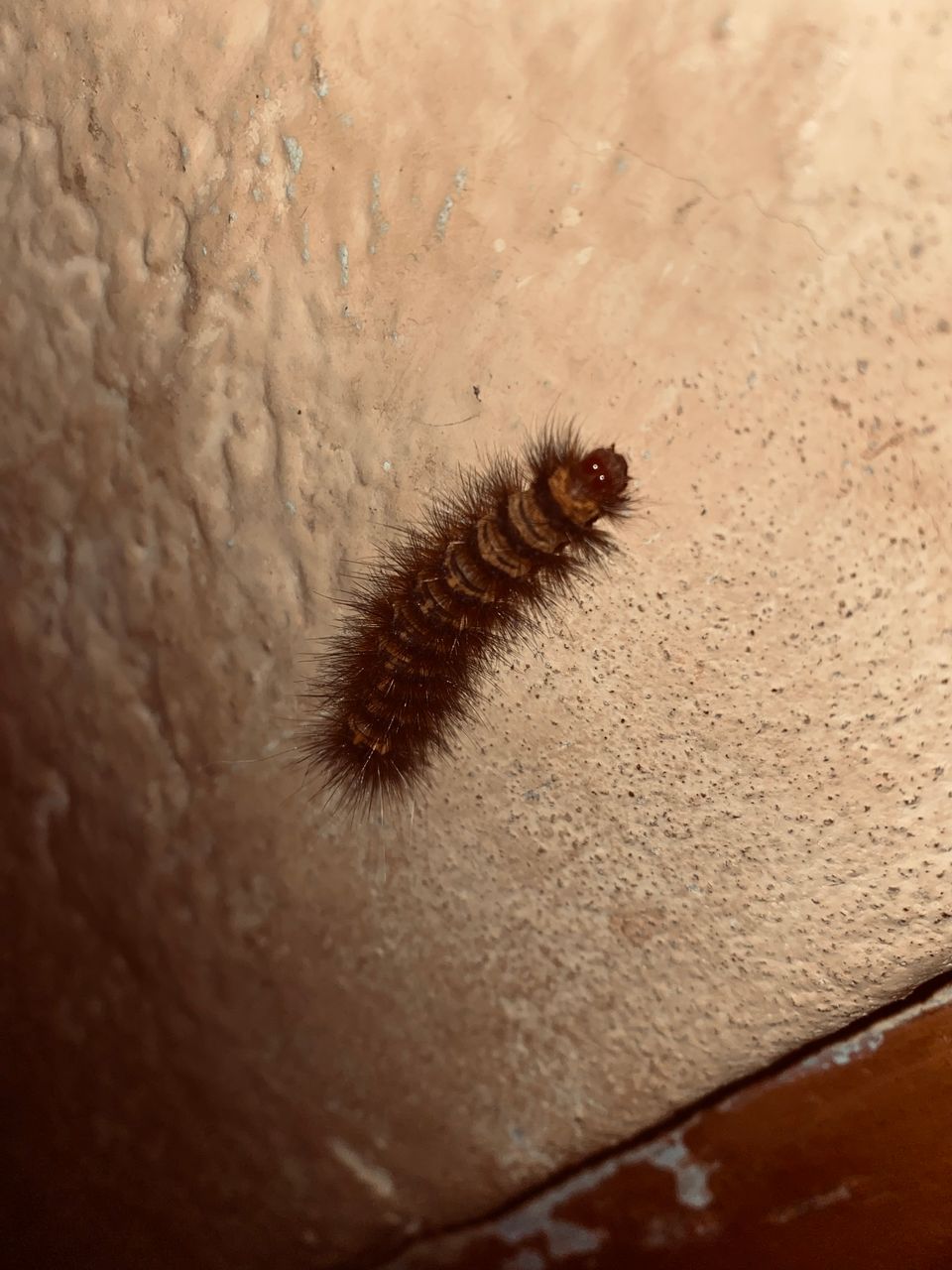 And for the last picture of this edition, we have a caterpillar. I know someone(some people) will not like it and you’ll see them in the comments soon lol. I found this one on the wall close to my room’s door and I decided to take a few shots before I asked him to leave lol. This is my second night photo shot right here:) 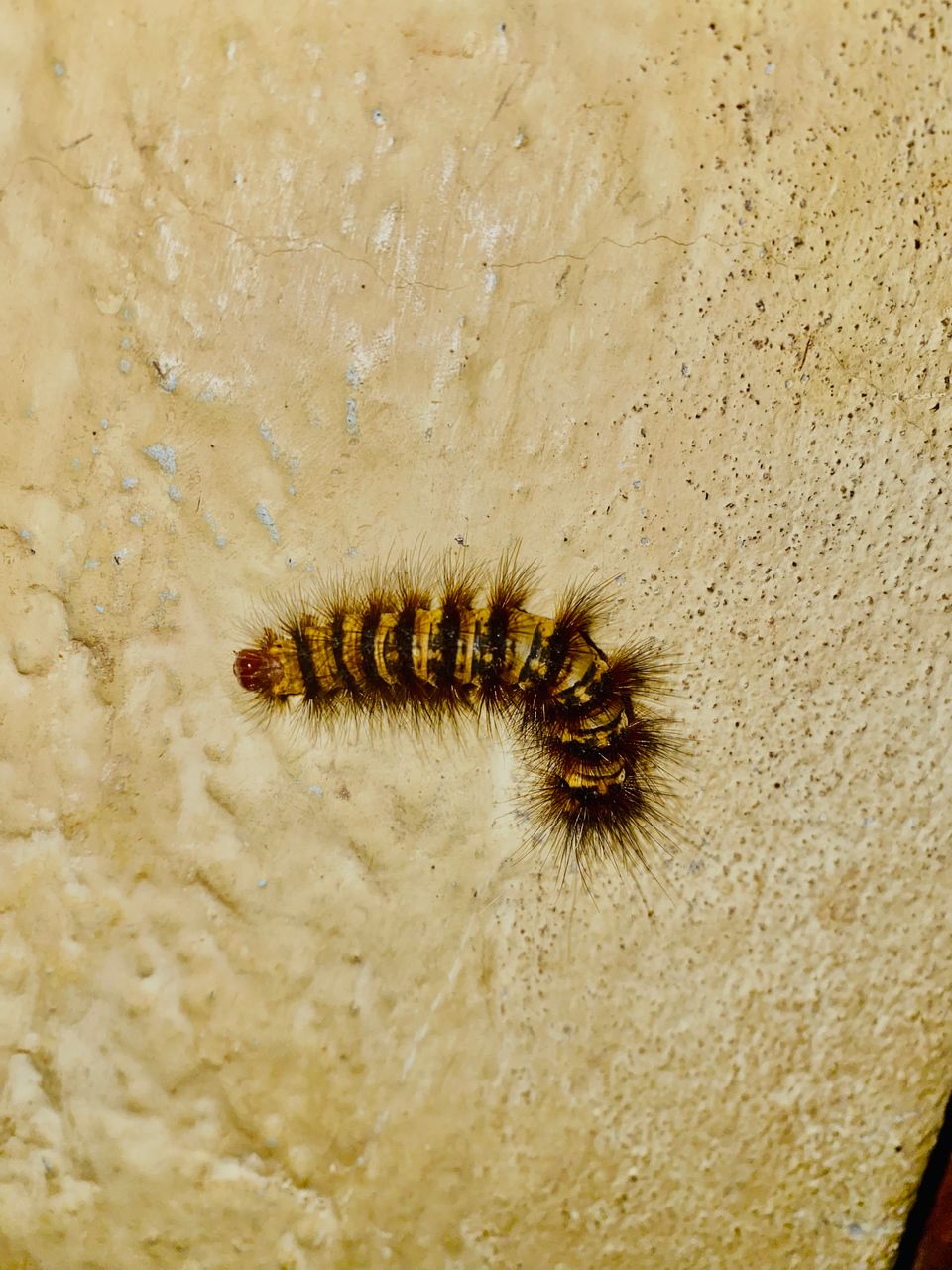 I think that pretty much does it for this round’s edition. I hope you liked them and I’ll see you in the next one in a month or two lol.

Check out my previous collections and give me a follow if you want to see this type of content when I make another collection. An upvote or a comment will be appreciated too