This is my entry into the CineTV contest 21, Favorite Movie Animal Character. Link is here. 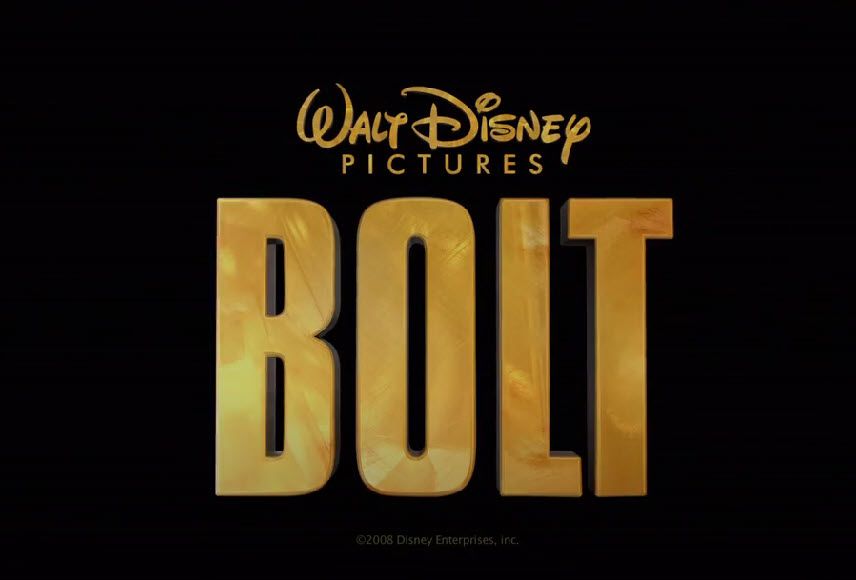 With the increasing amount of good-quality films with animal characters available, I knew this one wasn't going to be easy. We have many fun characters in the Shrek movies that could be worthy to win this contest.

One of my favorite characters is the Panda in Kung-fu Panda. His character went through so much and is a real contender. But in the end, I went for Bolt, a much under-rated Disney movie from 2008. 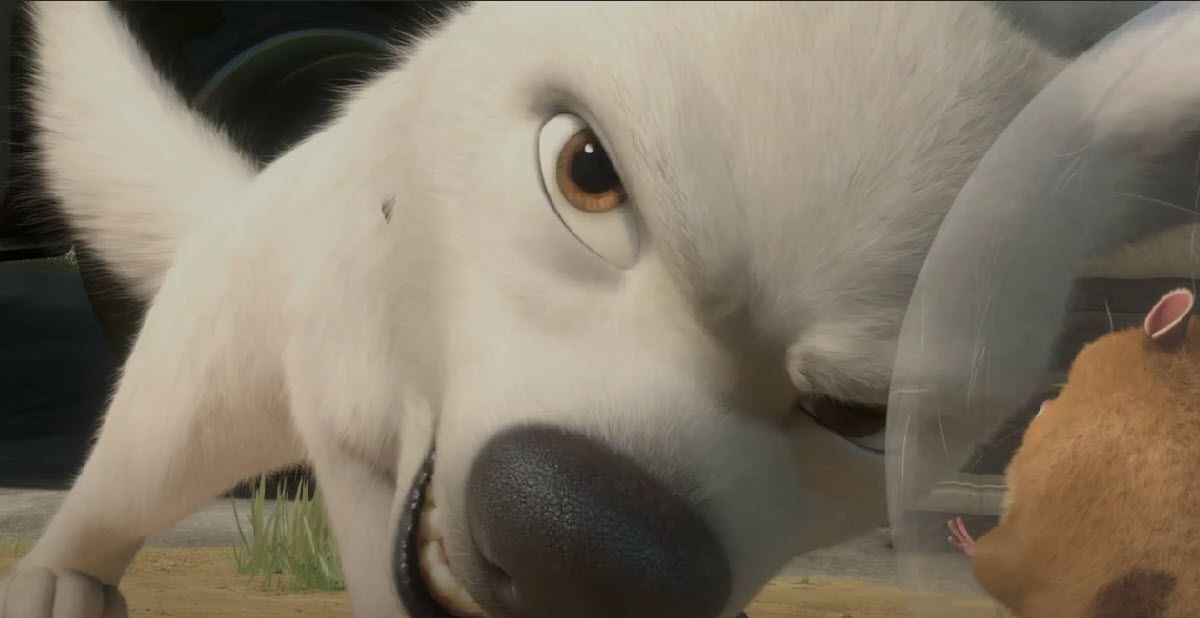 Bolt is the lovable dog in the movie that bears his name. He gets separated from his loving co-star Penny and gets into some adventures trying to get re-united with her.

Why I really like Bolt and in fact the film is that it raises a very prevalent topic in modern times and has not been covered so much in films recently (you may see it in some old Marvel comics if you google it). This is the fourth wall.

What is the fourth wall you may ask?

Some of you movie buffs may know what I'm talking about. But it is basically, paraphrased from wikipedia an invisible line that separates the actors from the audience.

Although the film doesn't break through the fourth wall directly, you get to see Bolt thinking that his Hollywood reality is real and we, the real audience and the characters in the film know this and we want Bolt to break through this wall in the film and realise the objective reality.

You start off really attaching yourself to Bolt and cheering him on and wanting his Hollywood reality to be true. And in a way, he does achieve the mind over matter power. Similar to Buzz Lightyear in Toy Story, but here it plays out for much longer in Bolt.

This relates to me in modern life in that there is a thin line between fiction and reality and the powerful role that TV plays in everyone's lives. When you create content, you know yourself you are trying to spin or portray a certain narrative or story and we cannot ever give an objective truth - just an interpretation. 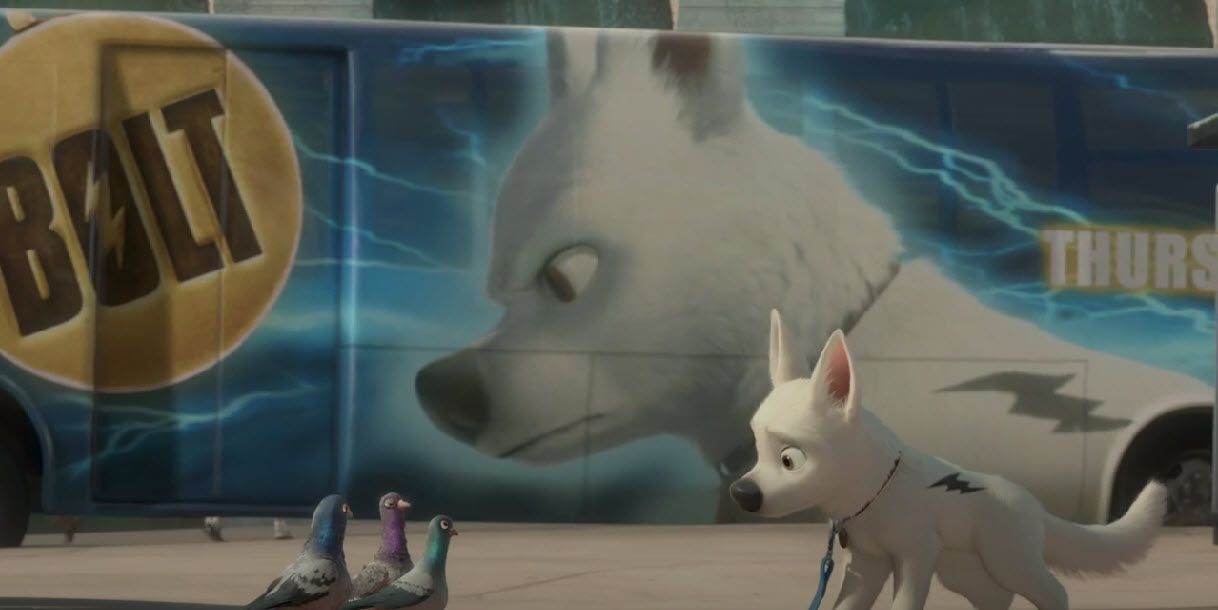 My favorite scene in the film is when Bolt meets his greatest fan who re-affirms Bolt's reality as a dog with superpowers. Even while another character in the film is challenging his character's fictionality and therefore trying to break Bolt back into the real world. It is a hilarious example of animated cognitive dissonance in action.

The film is a great watch and there are many great scenes where Bolt attempts to use his superpowers and you are rooting for him but know how it will end. It is both funny and tragic at the same time.

This is why Bolt and this film really left an impression on me. 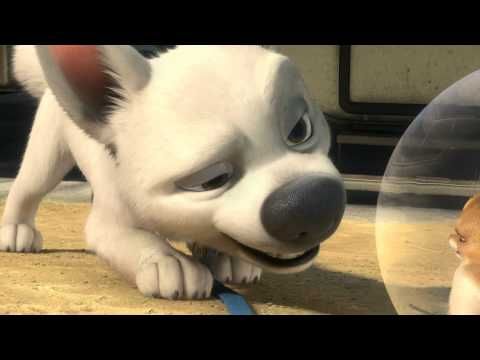 Images are still shots taken from the released trailer here
Used under fair-use section 107 of the Copyright Act 1976.