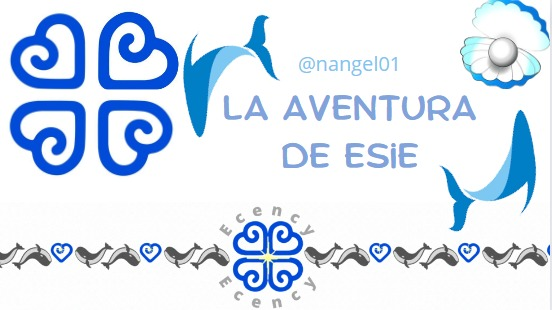 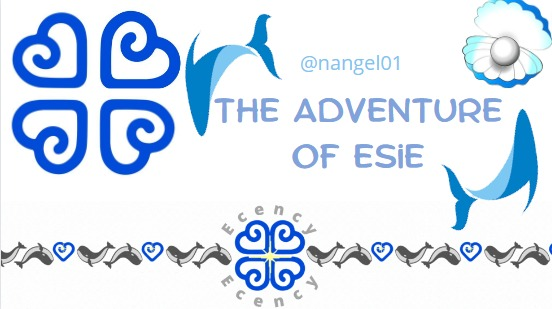 Somewhere in the world, very close to the immense sea, there is a little boy of 9 years old named Nangel, who was going through a very difficult situation and he had just lost the precious pearl that his father had given to his mother before going to sea as a strong sailor.

This pearl was the only memory that she cared for and treasured and he carelessly dropped it down the pipe and now he did not know how to recover it until, in an educational program that was being shown on television, he learned that all the water of the town circulated with the sea constantly and that everything that was carried away by the water ended up at the bottom of the sea.

Without thinking too much he took his diving tools and ran to the dock, where using his father's old fishing boat he launched himself into the sea to find the pearl again.

After a few minutes he was at a great distance from the dock, so much so that the town looked very small. He put on his diving glasses and fins and jumped into the water and swam and swam as much as he could, but he could not see the bottom, but that did not stop him and he kept trying again and again until night came and he decided to return home exhausted, but when he turned to see where the town was he noticed that he could no longer see it and that he was alone without knowing where he had to go.

At nightfall he was dying from the cold and he barely had enough strength to feel hungry and as if that were not enough, he was afraid, afraid of not being able to return, afraid of being alone, afraid of the darkness, afraid that his mother could not forgive him and crying he fell asleep praying to wake up at home.

A new day began and the sun rays hit directly on the face of Nangel who was still in that boat alone and without the slightest idea of how to return when suddenly a huge shadow fell on the bottom of the small boat and Nangel did not know what to do, until the shadow began to disappear and he held on tightly to the boat and suddenly a huge whale came out of the sea that surprised the little boy.

But what surprised him the most was not its size, it was what happened when the whale saw him, because it opened its mouth and said.

*Hello, hello, you look a little lost, not to say scared, my name is Esie, what's your name?

*My name is Nangel, and you can talk?

*But of course I can talk or can't you hear me little Nangel?; well leaving that aside, tell me how you came to this far away place.

After a few minutes in which Nangel told him what happened, he thought of a way to help the little one.

*Nangel, I will tell you the truth if I know your town, but the current is very far from here, surely it took you farther while you were asleep and it would be very difficult for you to survive that long trip by yourself, but if you trust me I promise to take you safe and sound to your home.

The boy was not very sure about Esie's idea but he had no other way to get back, so following Esie's orders he entered his mouth with everything and his little boat. Inside Esie's mouth the weather was warmer and although the smell was not appetizing, it was very tolerable, Esie closed his mouth and a lot of luminous fish filled the place with light.

Esie's idea was simple, the little one would enter inside her mouth and she would travel almost to the bottom of the sea until she found an underwater current that would propel her to quickly reach the town of Nangel, the only drawback was the pressure so much pressure could cause problems and while she could not get the current she could only go down and down to the bottom where the pressure could be so strong that would force her to have to open her mouth which could kill the little one, but it was a necessary risk to reach the town.

After a few minutes of preparation Esie was ready to take her biggest breath of air to begin to submerge, while she swam towards the bottom of the sea, she felt her body begin to compress little by little and inside her Nangel also lived her own suffering because of the fear of what could happen from one moment to the next.

In the depth of the sea, Esie was struggling with all her strength against the pressure looking in all directions trying to find a suitable current, she was about to give up and come up for air when out of nowhere a strong current hit her and dragged her against her decision, but, she quickly noticed that the current was pushing her in the right direction and decided to take it.

The current was moving fast and in the right direction when all of a sudden the current went down to the bottom of the sea making poor Esie almost lose consciousness, but as best as she could she kept on swimming ahead so as not to get out of the current.

The force was so strong that even the water managed to seep through the lips of the powerful Esie, after several minutes in the depths the current began to rise again, Esie was exhausted almost without air and Nangel had lost consciousness due to the emotion.

After a long time; Esie opened his mouth and took a deep breath while letting out the water he had swallowed at the bottom of the sea and a sudden rain began to fall on the boat and it was not until the blow of a huge pearl that hit against the forehead of the little one, He thanked Esie deeply and she joyfully said goodbye to him as she left in search of a new adventure and at the moment of leaving with the movement of her tail she launched the small boat back to the dock from where she set sail and since that day Nangel tells all the children about Esie the incredible whale that took him to the bottom of the sea and brought him safe and sound to his home where his worried mother was waiting for him until the end.

Well that was all for this publication, I hope you liked it and if so leave it in the comments, next to any criticism you want to offer me to improve, if you are interested you can also participate in this contest and to conclude I inform you that all images without footer were created in Canva by me as well as the separators, thank you very much for reading, until next time. 👋