A Forest Of My Dreams Stranded in a jungle alone in the dark, bizarre and horrifying noises surrounded me from all sides. I was cold, wet, terrified, and everything around me was pitch black.

I could feel the damp and sticky cobwebs hitting my face as I kept running into them throughout my aimless fleeing attempt, entangling my nose and eyelashes, had I not wiped them off hysterically with my hands. The direful howling I was hearing from afar, felt like I was going to be a delicacy on some wolves' menu that dreadful night.

I kept running and running, slamming into an odd tree here, tripping and falling into a mud puddle there. My frozen feet felt all bruised up as I was barefooted for some reason. Not what you'd expect if one to go on some adventure, or whatever led me to that ungodly place that night. Oh dear god, where are my shoes! Why does it always have to be like this, why can't I at least have shoes on when I'm being thrown into these dark unknown places.. How did I even end up here in the first place?

Last thing I remember was having a conversation with my mother, then saying good night right before going into my bedroom.
How did I end up here! I started to realize. As that thought crossed my mind, I suddenly felt like I was falling into a big gap appearing out of nowhere in the ground.

It was a quick drop, right before I woke up holding tight to the mattress of my bed, with one leg slightly dangling over the edge, which might explain the feeling I had of falling and the cold feet I was agonizing about.

"Oh, wow. What an intense and petrifying nightmare" I thought to myself as I was trying to grasp the reality, letting what had happened sink in, happy that it just passed.

It was a late Saturday after midnight, I couldn't tell what time it was but I assumed it was around 3:00 AM or so. A chilly breeze can be felt coming over from the window which I usually leave slightly open when I sleep, even during those cold days of winter, I don't mind it once I'm under the blankets as it keeps my room aerated, the clean and cold air seems to affect me positively, enhancing my mood when I wake up, feeling refreshed in the mornings and just ready to start.

I threw away the blanket which was partially covering me still, gathering my will to get out of the bed.
It was unusually very quiet and dark. Living in the city, not too far from a road that is usually busy during the days, but mostly quiet in the nights, except for a car or some night dweller passing by every once in a while.

Listening up for a minute would usually be sufficient to hear something or someone making a noise in the background.


I couldn't hear anything while I was still laying in bed, trying to focus on the task at hand, I didn't give it much attention at that point and it wasn't a priority to wonder about.
The only thing I had in mind was getting up and out of the bed, grab something to drink to quench my thirst after all that running during the nightmare I just had. 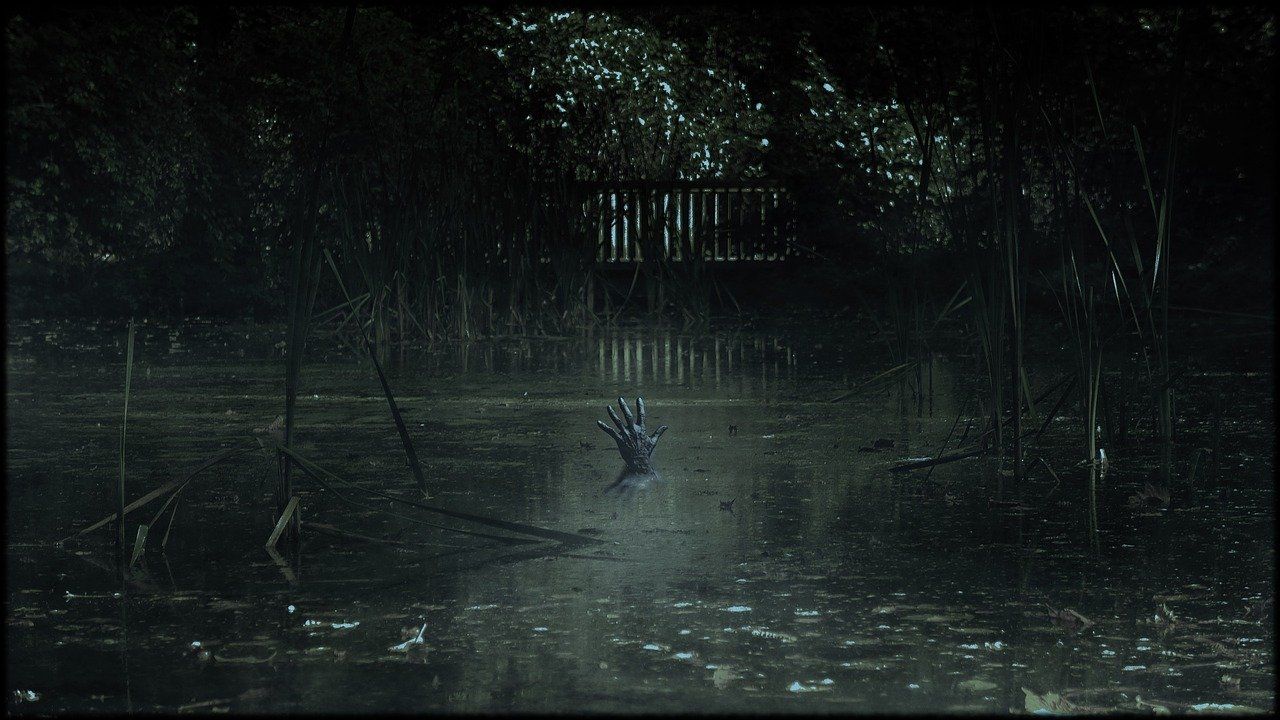 When I finally gathered my strength, I sat up on the edge of the bed, wiggling my feet around, trying to find my slippers which are usually left to the side of my bed when I venture into slumberland.


A sudden feeling hit me hard, I felt almost paralyzed!


Not even the ground!


I wiggled my feet some more, this time extending them further and further down. Nothing!
No floor, and certainly no slippers to be found...

I jumped up a little and pulled my feet back up to the safety of my bed, manically reaching over to the opposite side where there used to be a wall to my right.

A wall that I usually hated because I woke up in pain many times almost with a broken toe due to me kicking that wall while sleeping as I move my feet about.

How I wanted to feel that wall at that time! But instead, there was nothing.

A complete void surrounded me from every side, at that point I wanted to scream, then I wanted to cry, both of which I failed to do no matter how hard I tried. Instead, I felt like I was suffocating. More so, the more I try to scream or try to hold on tight.

There I was again stranded, now on my own bed, but it was like an island hung up into utter nothingness, and definitely on no land!

I couldn't see anything beyond the edges of my bed, and no matter how hard I screamed, I couldn't hear myself or manage to lessen that feeling of suffocation or the crippling fright. Stock Images from Pixabay and Pixabay.

Out of that complete silence, and right when I gave up on screaming, or even breathing, I heard a soft voice calling my name forthright.

Who was it that was speaking, who was that familiar warm voice I started hearing from afar, I couldn't tell straight away, but it certainly was soothing, enchanting, it certainly felt like a glimpse of light.

The voice started approaching, getting closer and closer until it was right above me. And that's when I suddenly saw a massive flash of bright light!

Like someone coming back from the dead, ferociously gasping for air as I opened my eyes.

It was my mother, right over my head. Pulling back the blanket from over my head, kissing me on the forehead, calling my name, and saying softly "wake up sunshine!".

It was a dream inside a dream which I was dreaming about. I woke up from the first dream to be trapped in the other dream that I didn't know I was still inside.

Was that the last layer of my dreams, however, or was it merely what I'm just so comfortable dreaming now about?

I didn't dare to question it, I didn't want to find out.

Do I ever want to wake up from this other dream or do I want it to ever last?

You might be thinking it doesn't sound unusual to be a dream, and I truly wish you'd be right.
But something I forgot to mention or purposefully omitted thus far. Since a year or so ago, she wasn't supposed to still be around.

● Thank you for reading ●