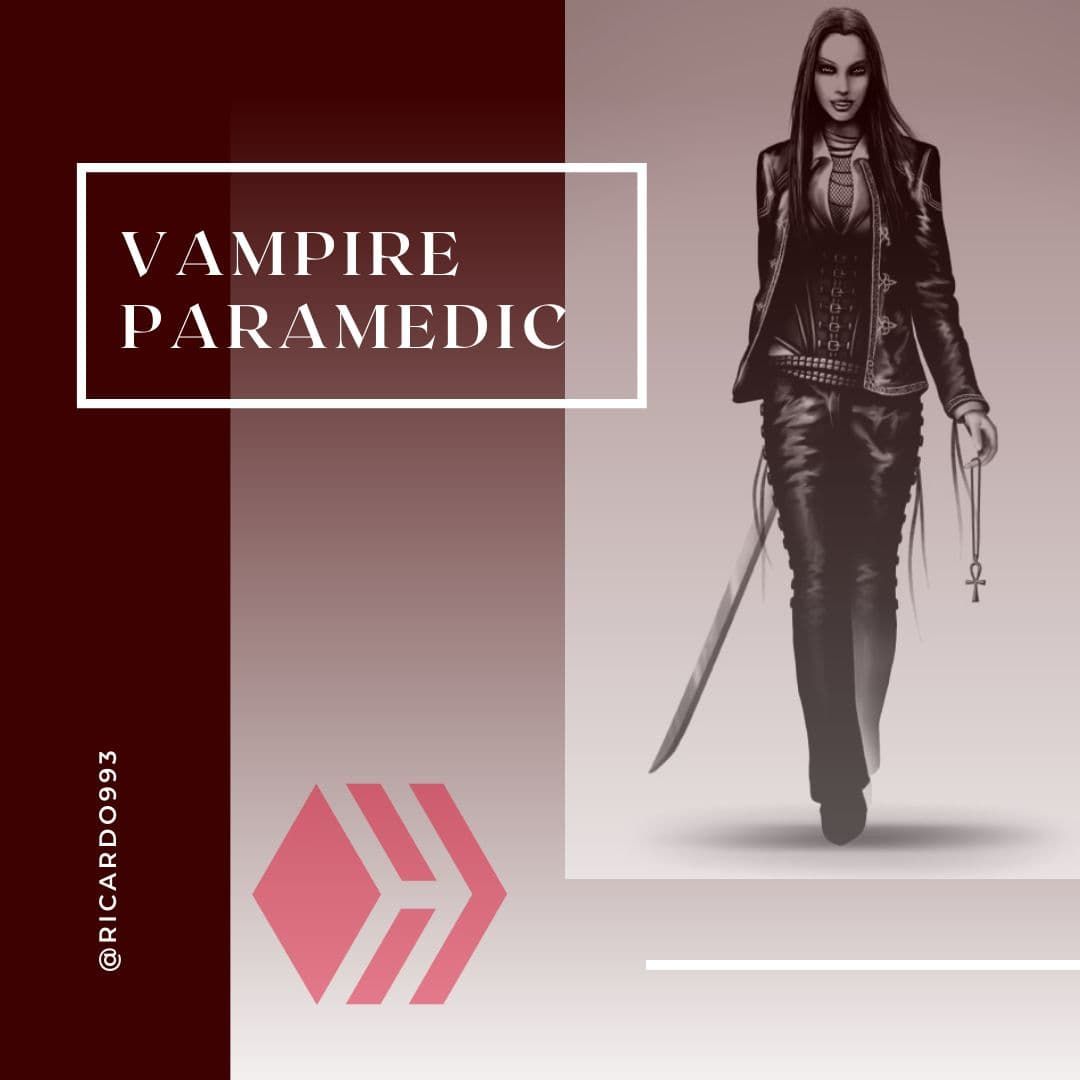 Helena Gieco was the best instructor I could ask for to gain experience on the streets. As a trained paramedic I needed dexterity, reflexes, responsibility and tenacity, but above all to impose my presence. Helena fulfilled each of these attitudes to the letter.

She was a robust woman, but it did not detract from her agility at the time of an event, she possessed an air and manners of a man, which could classify her as a lesbian at first glance. Although she was a full-figured girl, she possessed a desirable body. She had two deadly weapons for humanity; her opulent breasts defied gravity and her buttocks in the fabric of her tactical pants seemed to repel bullets.

“Today is going to be a tough day. Are you ready to assist?" he called me every time we boarded the ambulance. -Is the first aid kit ready? Puny. I don't want any surprises.

It was a recurring dialogue. Besides, what he said came true. Procedures ranged from a hit-and-run to vehicle rollovers, attempted self-injury and falls from heights. Sometimes, emergency transfers would come up, such as an CVA or a laboring woman about to give birth. I loved working with Helena, the shifts were full of surprises and made the work interesting.

That was until one night when the routine changed.

The police announced on the radio a hit and run in Las Colinas, I was about to go to bed, it was almost midnight.

“Get out of that bed," Helena shouted at me from the door. “In less than a minute. I want to see you in the unit.”

I could be down for the day, but if an accident happened my system was pumping with adrenaline. I dressed in a hurry, almost jumping on the steps to get my pants on. Boarding the unit we flew out to attend to it. Those assigned to attend the event were Helena, Vicente the driver and myself.

Just so you can understand the situation. Las Colinas is a wooded area of the municipality we covered, in the surrounding areas lived mostly rich people. The homes were widely separated from each other by hundreds of acres. On the road it was rare to see pedestrians or vehicles, so, on the way down to the city the vehicles were going as if on God's command.

Arriving at the scene there was already a police unit, which cordoned off the area. We came with the predisposition of finding a patient in bad condition, a polytraumatized patient or a corpse. Two officers were securing the perimeter when we reached the security tape.

“We were patrolling and we got the body..." a chubby officer was saying.

But we wanted to verify the signs and condition of the body. As soon as I saw a shiver ran up my spine and settled in my throat. The kinematics of the trauma gave the impression that a large vehicle had run over him.

“Stay out of it.” Helena asked, as she went through the protocol of checking if he still had a pulse and if he was breathing.

The deceased had his right lower extremity completely crushed and part of his abdomen. Although the flashlights were illuminated, it was not enough to discern if he was breathing, but it was conclusive that he had died seeing him inert on the floor with part of his intestines protruding horribly. However, the dead man had the gall to move as soon as Helena's fingers found the carotid artery. Its neck stretched supernaturally until it bit her on the hand. It was instantaneous, the thing spun away toward the edge of the forest.

The screams of pain made one of the officers, a young man like me, want to stop the thing. At that moment I thought that the creature, if it was human, was out of its mind. Because with a supernatural force it knocked the boy down, piercing his chest with its fist.

The chubby man shot desperately, I don't remember how many shots were enough to incapacitate the horrifying aggressor. I still don't know how I managed to bandage Helena's hand, the night since then seemed sinister to me. We lasted half an hour contemplating the two corpses, fearing that the dead would rise for us, but the spectral being did not move again.

After that we went to court. It was a process I could digest compared to living that night again. The blood gushing from the officer, Helena screaming from the small incisors in her hand, the shadows reflecting the lights, the whisper of the breeze and the swaying of the tree canopy. I still dream of that and what came after.

A month passed. The day Helena was integrated, the day I was so looking forward to notice her change. Her appearance was different, if before she was a luminescent beacon for the boys, now she was a dark hole that absorbed the brightness of the others and made it her own with more intensity. Her brown skin turned pale and took on a diamond-like hardness, her hair seemed painted by the night itself and her lips suggested so many things that it twitched. The biggest change was his coldness of speech and he wore dark glasses as a badge.

“Tonight will be profitable," was her new phrase.

And his new auguries were fulfilled. During the day we did not even go out to take the ambulance for a ride. Already after six o'clock in the evening they announced the procedures. So we became night watchmen, in fact, that's how they nicknamed the section. As a result of the new Helena inspiring fear in me, I left the section and asked for a change. I was no fool, I got a strange vibe from being around her. The tutor I knew disappeared, transforming into a nocturnal being, who with her nocturnal physique captivated the most gallant without knowing what land she was entering.

“Was she really your tutor? my friend," the next victim always asked me. “She's so mysterious, so elusive. Her icy way of being gives me goose bumps. It's hard to say, but she sucks my soul, brother.”

I never said anything, just contemplated and listened. Each of them inexorably deteriorated. Their appearance ranged from anemic, haggard and thin. In addition, when I would run into Helena she would grow with that stolen glow.

The last day I saw her was a night of terror. I remember going to the station at night. At first when I went in I thought everyone was in a procedure since the ambulance was not there. A bad feeling ran through me, I decided to get my things and leave, but as I went up to the rooms, I heard noises. I carefully went upstairs and looked around. I wished I had never seen anything.

The one I idolized, my guardian, my blood sister was sinking her fangs into poor Vincent, he was starving and with no color in his skin, but there was pleasure in his face. In the room there was a souvenir mirror and Helena's reflection was nowhere to be seen.

I run away from there, I didn't go back to work, not in the municipality, nothing near her. Since then I have not been able to sleep at night. I can imagine her dangerous shape, curvaceous and seductive, her eyes as red as a bloody fire, her lips, especially her tempting lips letting me see her fierce fangs that I'm sure she would be willing to accept.

One day I received an email in the name of a simple Lee. He says he wants to talk about work issues, I'm interested. I think I'll go see him, I've been out of work for months. I'll go see him today. 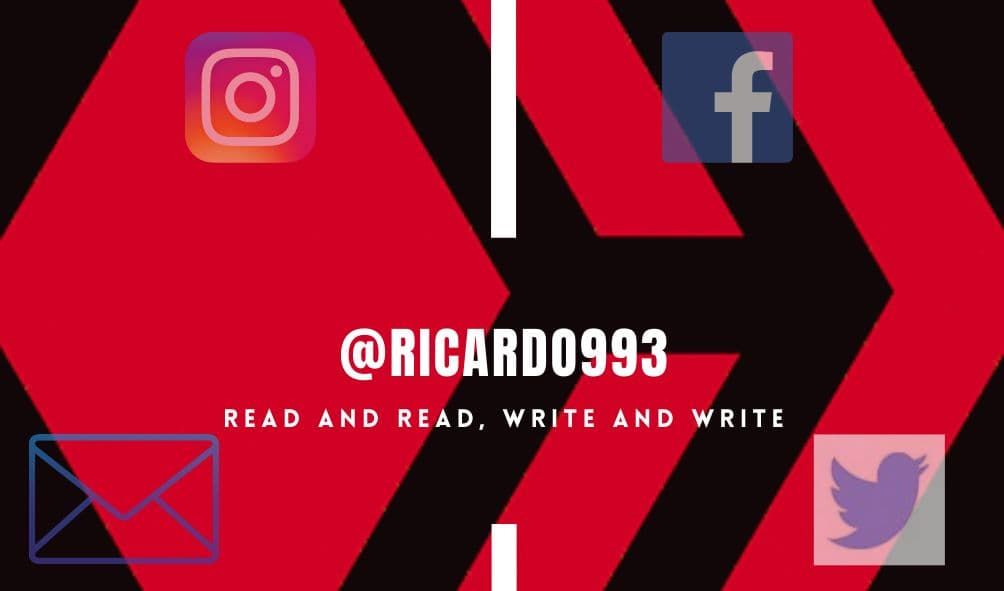