Going on adventure for my son | The Ink Well Prompt 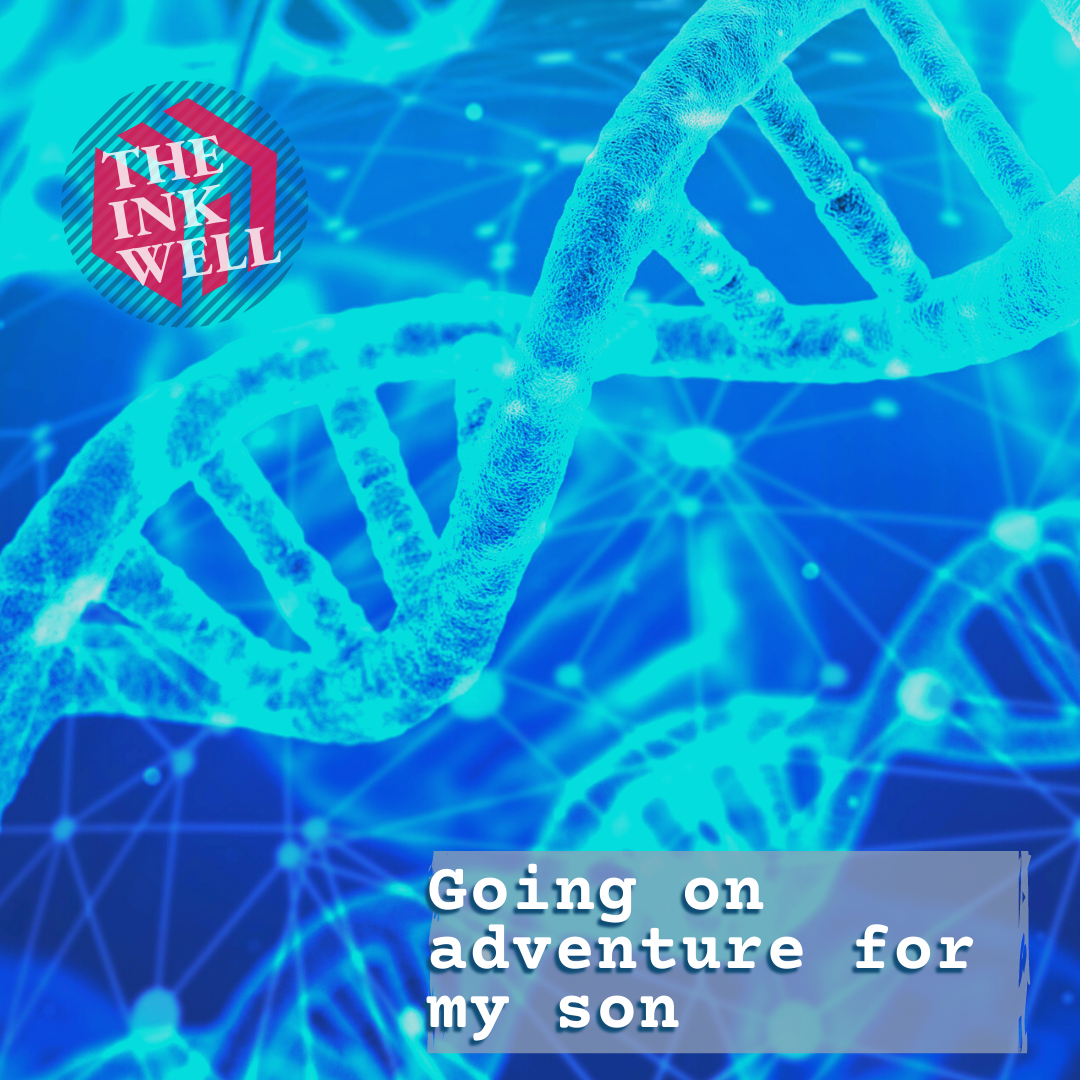 Twenty years ago I made a decision that changed the course of my life. So at this moment, I was putting on my shoes, I would set off on an adventure again in search of my son. An adult now, but without his mother who had passed away in what seemed like a Pyrrhocoris. He needed his father figure, he was the only family member he had left at the moment. All of his relatives on his mother's side were dead from the space bug.

As I drove across the Malvacean plains I turned on the radio.

"The Pyrrhocoris are sweeping through Gerri's metropolitan area, but they are encountering strong opposition from the Defenders. They are putting up an impressive battle right now..."

I turned off the radio, I didn't want to hear about it. Twenty years ago we came to this planet seeking shelter. We escaped the pollution, corruption, and war of our old world. We lived in peace until three years ago when the Pyrrhocoris appeared, they were looking for what we were looking for two decades ago, a new home.

“Two races of intelligent beings cannot coexist without annihilating each other," I recited the phrase that Scheherazade used to say to me. “You are gone Scheherazade, blessed war" I cried bitterly.

The first night I stayed at the 4 Seasons Motel, although it was a replica of a huge tent of the ones that were once used on earth. Inside was the same magic: The AI attended you and made you pay for the services required, it was a renowned motel. I asked for the underwater room, I had a fetish for the underwater since I was a kid.

“Enjoy your stay, Mr. Coleman," said the robotic voice of the hologram of a really attractive black woman.

I nodded cordially and as I made my way to my room she disappeared from the gray counter.

I had a long trip ahead of me until I could meet my biological son. He was in the other hemisphere of the planet. Luckily for me, he was in the quiet hemisphere, the one that had not yet been affected by the war.
In the submarine room, I observed the virtual environment of the terrestrial ocean. I saw fish of all colors dancing in front of me, as well as the green of the algae. I had never been scuba diving on land, it was a pity. Maybe that's why I had such a fetish for that theme. I went to bed wondering if my son would also be a Jules Verne fan.

The next day I was at the terminal to take the XH ferry.

“We thank you for taking the XH ferry as an option, but for the moment the trips to Gerri's city are canceled due to the insect attack," said the automaton at the reception desk.

Behind me, the engines of thousands of shuttles were rumbling to different destinations. The first time I saw them leaving the earth, they looked very much like futuristic airships. And they looked that way with the solar sails they used to propel themselves. They were using the solar waves emitted by the sun-like stars.

“I understand, but I need to go to a nearby city. I have to go see my son," I showed my ID card for the robot to scan.

The only thing that distinguished a robot from a human was its eyes, they were purple, all the designs were like that to be distinguishable. Because the robot's chassis was made of synthetic leather.

“Oh, I have the pleasure of addressing Mr. Coleman," the robot had scanned my ID and his face glowed with astonishment. “Or should I call him Colonel Coleman?

The robot was a Caucasian man with Asian features.

“He knows that because of my rank and accomplishments I have some clearances," I was playing all my cards. “I have to go get my son.”

“But sir, there is no son on your record.” The robot did not reflect nervousness, but the typical indecision that passed through their faces when the data did not match. “Now, I don't understand the reason for his trip.”

I sighed, knowing that such an event would happen.

The robot's eyes changed to a yellowish color but quickly went back to purple.

“Oh, I understand, sir! I apologize for my intrusion." The automaton rapidly typed on the holographic keyboard. “Ready! I got you a single ship all to yourself," he looked up to see me. “With your piloting skills, it won't be difficult for you to reach your destination.”

“Thank you, Scheherazade," I raised my hands to the sky, thanking her for the gift she gave me when she created the robots.

The ship was training to the planet. The worst was just beginning. Sweat soaked my clothes, but I still had the skills of a pilot. I eluded several troops of the Pyrrhocoris in space. Ships are as different as mine, but they are tracked on the radar just the same.

“How do you know your son is still alive," the ship's AI asked me.

“I believe in Scheherazade, ship.”

While I was in the air area of the city I detected thousands of enemy ships, however, I did not enter into confrontation. It was very easy for me to go unnoticed.

“Sherezade Canarias, the robotics doctor," the AI said. “She had a child with Colonel Coleman, of the salvage and colonization forces of the planet New Greece.”

Thousands of enemy ships flew overhead, all in the shape of jellyfish, which would have been illustrated in a horror book. However, I did not let fear cloud my senses. I injected myself with the fear inhibitor to be 100% sure that it would not hinder my actions.

I circled the house until I found the bunker. That's where my son would surely be. I punched in the access code.

The small opening squeaked as it opened. I had to crawl around until the opening was wide enough for me to walk normally.

I would finally meet the son I had with Scheherazade. When she was in the mood to have a child, even though she didn't want me to take care of it, she wanted to have it on her own. She only needed me to give her the seed. Everything was harvested genetically. Before she died, she sent me the data of her work.

I was amazed at the 8-year-old child in the incubator.

Semen and an egg created that child. Mine and hers, but without any sexual act. But years of study and research to take a new step in genetic engineering.

The child had more of his mother's traits than mine, but there it was.

“I will call you Osma," and I laughed because Scheherazade would not have wanted me to bear my name. 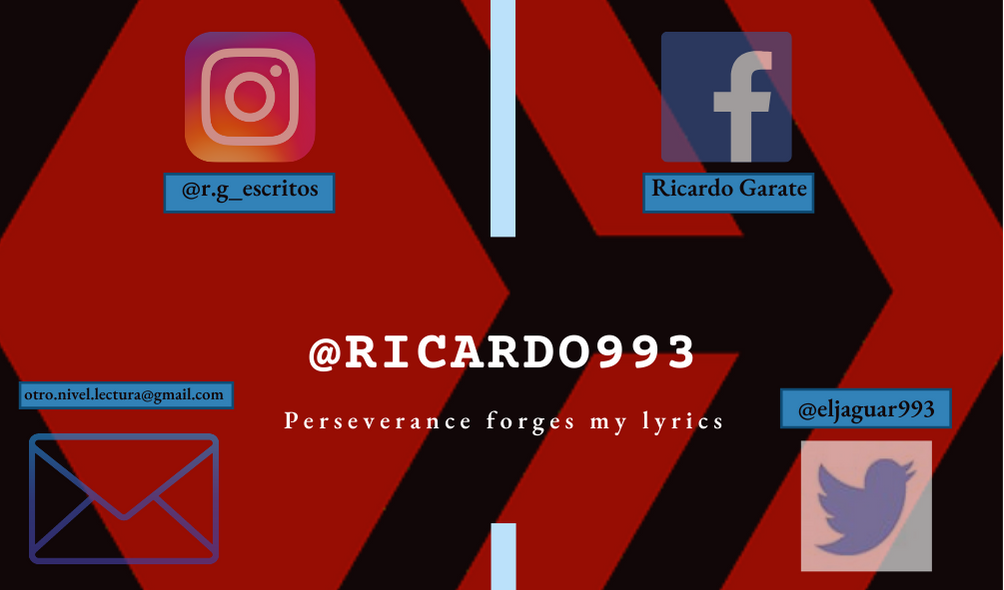 Cover and Banner made in Canva, Cover image of the Canva; Separators made in Photoshop
The Ink Welltheinkwellinkwellpromptwritingliterallyfictionsci-fiposhcreativecoinstory
ricardo99366
via peakd
$ 11.36
413
H2
H3
H4
3 columns
2 columns
1 column
10 Comments