Am I Alive? - Is there life after death?

I came to that city for the first time. I thought I would stay here for a few days and then go ahead, but I had to stop for some unforeseen reasons. I stayed in the hotel for the whole day and, when bored, would walk frequently and move towards this place. Even in strange cities, travelers find their favorite places. I was tired of meandering now so, that autumn day, I went there. A pungent smell permeated the air around the island.

It was at the edge of the city, where the hill begins. Under the bridge, the red benches were lying in a row on the river bank. These benches were almost empty. The leaves kept falling on them continuously. The sudden gusts of wind were blowing the fallen leaves back and forth, bringing more leaves to fall on them.

As soon as I descended the slope, my eyes suddenly fixed on him. He was a very old man. He was sitting on a small sports chair, completely still and silent. An unlit pipe was in his mouth for a long time. He had a fishing rod in his hand, but his attention was not on the bait. He was probably looking beyond the island at the bridges of the city.

It was a silent corner of the island. It has been raining in this city for the last week. The soil under the grass was moist and soft. It was the first day the rain had stopped, but the clouds were still there.

I sat there for a long time. During this time, the old man did not catch a single fish. Once the fishing rod shook, he pulled it. I thought he caught one this time. I was probably quite excited, but nothing happened. He then looked at me and started laughing. The fork was empty-the fish had neatly gotten away with the bait.

We both sat quietly in our respective places. The old man again put a bait in and then threw it into the river. He relit his pipe and raised the collar of the old overcoat up to his ears. I could not decide exactly at which particular point his eyes were fixed. I was not sure whether his eyes were open or closed.

But gradually, I was even more confused, and I still don’t know if he laughed when he saw me, but I wonder if he saw me properly at that time or if that was my imagination. But if he had not seen me, how could he laugh? Oh, I am even more confused now.

I started feeling a strange uneasiness inside me. He had no idea of my existence at all. No doubt he was eyeing something special somewhere. There was a slight gust of wind. But he was leaving now. He took the fishing rod out of the water, folded his canvas chair, put on his very old hat, and took the pipe out of his mouth and put it in his pocket. He had hung the fishing satchel, which was empty, on the rod.

I don’t know why, but it felt as if I was going to lose something that had been growing in me for a long time, as if his stay here was related to my life. But maybe something happened at that moment, the sound of leaves or perhaps a stone rolling in the water, and it startled me as if my feet were tied to the ground, as if someone had caught me. 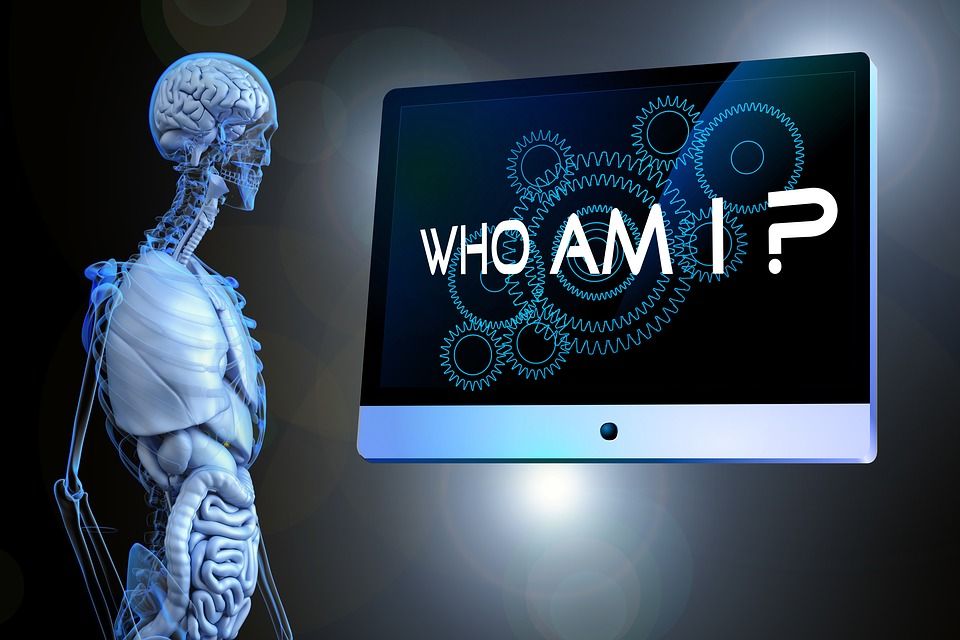 While leaving, that old man did not look at me even once. I could hear the creaking sound of the leaves under his feet. Then everything became as silent as before.

No one will know, I reasoned. No one know that until a short time ago, that old man sat in this spot. I was comforted by the thought that I had gotten rid of him. It was possible that it was just my delusion, a false disorientation that often occurs while roaming in strange cities. As soon as I get back to the hotel room, everything will return to its normal self.

Then I heard a sound behind me. Two boys were walking towards me slowly. Like other boys in this town, their heads covered with round, blue caps. The little boy had a multi-colored handkerchief in his hand. Both of them were now looking at me, standing together.

Then the big boy stepped forward. He came near me and asked, “How are you today?”

I felt that the little boy standing behind me was smiling very disinterestedly.

“Are you still empty-handed?”

“Empty handed?” My eyes involuntarily fell on my hands, they were really empty.

“I don’t mean your hands,” the elder boy said in the same calm voice, “Even today you could not catch anything?”

“But you’ve got a misunderstanding. I am not who you are looking for.“

But you come here every day.

“When did he leave?”

“He’s not here now,” I said, but I’m not sure why my voice was not as firm as before.

I looked around me. The yellow look of the setting sun had spread over the island. Because of the wind, the leaves started rolling off the benches and rolling on the ground.

That’s all that happened. They were gone, leaving me on their own. After that, I could not sit there for long.

Have I ever seen those two boys who have just left here before? But I am a stranger in this city. No, this is my illusion. He must have made a mistake in recognizing me. Such deception happens often. Maybe they were joking. Children often make fun of foreigners.

The cold suddenly increased. I was glad that they were gone now, and I deliberately kept this happiness hidden from myself. I was planning to leave now. But then I realized that I was not alone there. On my right side, where the bush was, there was a slight rustle. At first, only two faint shadows were visible; later, I was able to see them. The front part of the girl’s skirt was probably stuck in the bush, and she bent down to get it out. Perhaps it was the rustle of the bush that drew my attention to her. Behind her was another person, whom I could not see clearly at first glance.

I thought I should get up from there quietly and leave. When darkness falls, couples often come here. Well, I didn’t mind sitting there if they could see me. Then they would know of my presence. But in such a situation, when I saw them and they knew they were not alone, I found it distasteful to be there. But before I could decide anything, both of them went into that bush.

To this day, I am perplexed as to why I did not leave that place. Whatever was happening in the bush, I had no curiosity. I still did not get up, but continued sitting there.

After some time, they came out. Or maybe I sensed that they had both come out of the bush, though I could only see the girl properly at that moment. She fixed her hair. The leaves and straws that had stuck to the skirt were neatly separated, one by one.

Then she walked a little further away from the bush, near the river. I could not suppress my surprise when I saw that she had sat in the same place where the old man had first sat and then I had sat for a while. She had lit a cigarette. Her hair was too short, just like a boy’s. She was wearing a black raincoat, buttons open, the knee-length skirt slipping up to her thighs.

“Did you see it?“ She murmured softly. “I remained silent. She must be saying something to herself, I thought and kept quiet.

She said again, "I felt like you were gone."

“Did you say something to me?“

She started laughing. “And who else is here?”

Still, she was not looking at me. She was looking at the other side of the river at the same point. I suddenly noticed that old fisherman was also looking in the same direction.

“You already left?” She said

I heard her, but this time I was not as surprised as before.

“And how did you like that?” She turned back and pointed to the bush.

I didn’t understand anything, and I just stared at her with questioning eyes.

She started laughing again. This time, the laugh was not the same. There was deep disbelief in her laugh, as if I was caught cheating.

I said, “Look, over there in the bush, he’s still there.”

And I felt as if someone had asked me for proof of my “existence” for the second time that evening. The bush is only three steps away from me, maybe even less. It will take me very little time to go there. I will take one step first, then another, and then it will be in front of me. Every step will lead me to the bush where he was.

I stood up and walked towards the bush. Her eyes were fixed on me. Suddenly, I started running and didn’t look back. That night, I could not go to the hotel. I spent the whole night roaming around the bars of the city. I spent the night with the boozers, putting my hands on their shoulders. Whenever I was tired and fell asleep, they would drag me out onto the street, and then, after some time, other drunkards would take me with them to another bar. I slept like this, waking up, singing, and going from one bar to another the whole night, roaming through the dark alleys of the city.

Believe me, I’ve never thought about suicide until today. I mean, about my own suicide. But if I tried it that night, I probably could. As you see, I didn’t commit suicide that night. Not even after that. But, ever since that autumn evening, I’ve had the feeling that suicide isn’t necessary to die. Was I dead?

#theinkwell Prompt "Is there life after death?"