The day looked very bright, sunlight up the foyer of an outdoor cafe on the outskirts of a city in Italy. There are four tables with two chairs each newly arranged in the courtyard which is a stretch of paving blocks. The brown wood color of the chairs and tables looks fresh, especially with the presence of a small pond with a fountain on the right side of the courtyard. One table away from the small hexagon pool, a man and a girl were waiting for their orders.

"Wait—" the man interrupted then immediately nodded to the waiter who had just arrived and was currently standing in front of their table.

"Is there any problem?" he asked.

"Oh, no, no, sir. I just wanted to let you know we just ran out of cocktails. But we're working on getting them," said the young man.

The middle-aged man looked at the girl, as if asking for a hint.

The girl looked back with an annoyed look and a furrowed brow, then sighed. "Porta qui il tuo menù," she ordered.

"Okay, I'll bring you the menu immediately," said the waiter, who slowly backed away then nodded and left them.

"I already said that, didn't I?" said the girl with a sneer.

The girl had no intention of taking off her wide fedora at all. She even did the same to the sunglasses she was wearing. The red Fedora with the plain yellow dress she was wearing at that time seemed to challenge the rising day. Seeing the look on her face, it seemed that the girl was challenging whatever was in front of her.

"Relax, they just ran out of cocktails."

"Yes, yes, of course, Jim. I know it." the girl's words sounded like a mockery.

"Come on, Christine, they already said it, they—"

Now it was the man's turn to sigh. He stared at the pool for a moment and then back at the girl.

"—that I've been here almost 15 minutes, and no one's coming," the girl continued.

The girl dropped her right leg onto her shin while tossing the skirt of her dress to the side, then smiled in a disdainful voice. "I have to meet the owner."

"Sssh, the waiter is coming," the man's voice hissed slightly.

"I don't care," she glanced in the opposite direction the waiter had come.

"Give it to me," Jim took the menu from the waiter's hand.

"I was wrong, um, it turns out that our cocktails are still there. Um, in fact there are still many. I'm sorry. It's because of me," explained the waiter, while repeatedly sucking his lips and apologetic hand gesture.

"Oh God, did you hear that?" said the girl from behind her fedora.

The man tried not to ignore the girl's provocation, instead he tried to smile in relief. "Oh, wow, we're glad to hear that. Well—" he wants to ask for an opinion

"—how? You still want your Negroni?" he asked.

"—so funny," the girl pursed her lips and snorted. She tried not to want to know, even kept scrolling the screen of the smartphone in his hand.

"Hey, did you hear it or not, anyway?" there was no answer until then the man tried to grab the girl's hand.

"Oh my god," the girl turned around, "alright, alright, just give me a glass of Ristretto," however, she said that without looking at the man and the waiter at all.

The waiter immediately grabbed the menu book from the table and walked with a little run.

After the waiter left, the man immediately grabbed the girl's smartphone.

"You must learn to respect others, young lady," said the man.

"Give—" the girl reached out her hand, then tried to grab the smartphone but didn't hit it.

"Jim, you really have no right!"

"Give me my cell phone." the girl's left arm stretched out long, while her face looked elsewhere.

"You're so childish," Jim said to his daughter.

The man handed the smartphone to Christine even though he didn't get any answer.

"I don't care about that, and don't bring up my popularity as an artist, it's none of your business," the girl was still fiddling with the smartphone in her hand.

Hearing that, Christine, who initially pretended not to care about anything, was now silent, then looked into the man's eyes. There is something between the father and son.

"You look like your mother, Christine," the man said.

The girl's eyes looked at the man with a sad look. The man was wearing a suit, but the suit looked shabby, even more like a lonely old drunk.

"You left us, Jim." the girl seemed to be getting serious.

The girl is a famous young singer, and today he was reunited with her father who had separated from her mother. They separated without divorce a dozen years ago.

"Oh, yes, Jim. I was just about to tell you about her condition," the woman replied with a little teasing.

"Is she okay?" Jim sounded urgent.

Christine looked at her father.

The man seemed to tremble.

The man's face looked pleased to hear that.

"You won't be able to see her. She doesn't want to see you."

"Well, sir, here is your order, and here is a glass of Ristretto for this young lady," said the waiter.

At the waiter's words, Jim rose from his seat.

He sounded angry, but the cause of his anger certainly wasn't just the servant's words.

"I'm leaving," now, it was Christie who got up from her seat.

"Honey, where are you going, please!"

"There was never a reconciliation, Jim. You were long forgotten."

The girl's back seemed to be moving away, but back there, Jim sounded furious. He seemed to have just slammed the maid's tray into the pool. 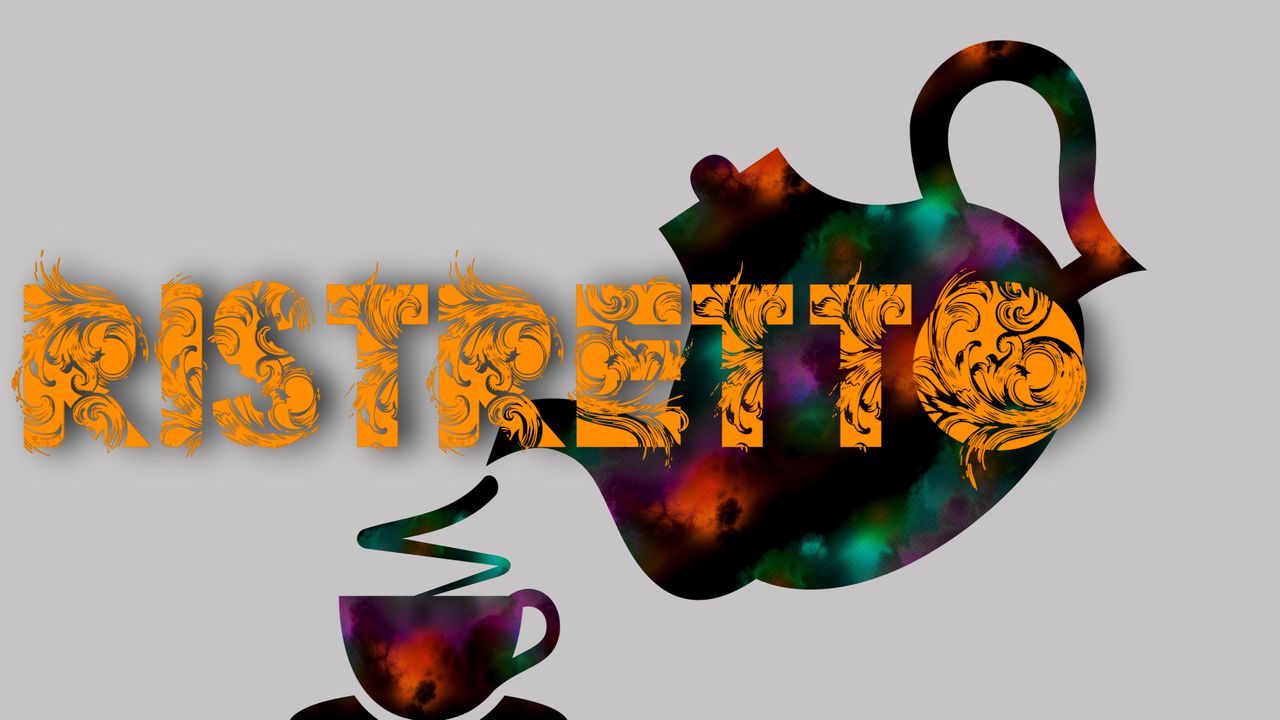