Looking at herself in the mirror, ifeoma was clueless, "is this me she thought?".
She had just finished vomiting in the toilet.
She felt lifeless.

Ifeoma was a well achieved, successful career woman, she was one of the top directors in her firm, well polished and brilliant she never joked or played with her job. You could say her job came in between family and God in her priority list. unsplash
After different consultations from different doctors it was obvious her case was a spiritual one.
She heard a sound across the room, it was her son Malcom, he just stood there staring at his mother, he seemed clueless, but the emotion on his face showed like bright light.
"Baby boy come in here" ifeoma said, Malcom hesitated but obeyed his mother.
"Mama will you be ok? ", he said in a low tune while approaching his mother. Ifeoma felt her heart melt in her chest, she had no idea what to tell her son. She just held him in her arms and wept.

"WHAT do I do?" Mr Fred, ifeomas husband thought while driving back home. His wife has been sick for 2 months without any remedy, deep down he knew it wasn't a normal case, he had taken his wife to about 5 professional medical doctors but all to no avail, no diagnosis and no hope. "Maybe we have to go spiritual" he thought.

That night ifeoma and her husband lay sleeping on their bed, though it wasn't quite an easy rest for ifeoma, she dreamt of herself, in her best attire standing in her matrimonial room, she starred at her body still laying on the bed, she felt confused, "was she dead?" She thought, she couldn't be!, she didn't feel like she was dead. She looked hurriedly at her husband who was sleeping peacefully at her side, an innocent and caring man she thought,

Deserve to be in a situation like he was presently in at the moment. Her husband had taken care of her since her university years, nurtured and respected their marriage till present.

Ifeoma noticed that the window at the side of the room was open, letting excess air into the room, she approached it with the intention to shut it.
She immediately heard her name, it came from the opposite end of the room but no one was there, she continued towards the window, then it was obvious she wasn't alone in the room, as she starred at her dead father standing clearly at the opposite end of the room. He just stood with his arms wide open, clearly waiting for an embrace. Ifeoma felt her heart melt in her chest, "what could this mean" she thought.
She Immediately regained consciousness and woke up.

In the morning ifeoma discussed about the weird occurrences she had in her dream the night before with her husband but he seemed quite not interested. "it's probably just a dream, and the fact that you miss your dad, am sure it ain't more than that" he said "You need to take your drugs and prepare for the hospital, today is your x-ray scan session".

Two days later ifeoma's health condition deteriorated, she felt worse, her previous scans Had amounted to no result, no diagnosis and no solution.
She slept that hot afternoon in the living room, sweating profusely on the leather couch.
In an open traditional Igbo burial ceremony she found herself walking around, she was in her dream again. no one among the large crowd recognized her presence, she noticed the ceremony was been held in her late father's compound back in the east. She walked around the compound till she got to the backyard, that was where the casket was to be buried. Looking at the head stone, she noticed it was her father that was been buried. 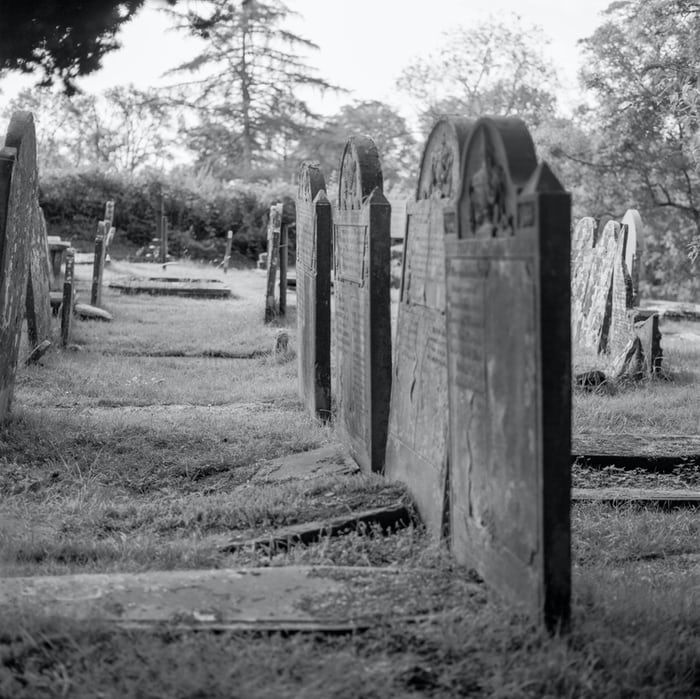 She immediately remembered that she never attended her father's funeral. She was away abroad on an important business trip when he died and was buried.

She got calls from her uncles and relatives to come back home for the burial as the first child of the family, but it wasn't possible as she was too busy overseas.
Tears rolled down ifeomas face. At that moment she realized the reason for her sickness and her slow recovery. Her father was calling her to the land of the dead, she thought.

She had been so selfish, she forgot how her father had toiled for years to push her through her secondary and University years, only for her to get a good job and forget about him. Leaving him in the village to die of a minor sickness without adequate attention and medical care.

Among the crowd of men who gathered to lay the casket into the ground, she saw a familiar face, this time with a smile on his face, it was her late father.

He just stood with his arms opened wide, again waiting to be embraced.
Tears rolled down ifeomas face as she walked slowly towards her father, and with all the strength she could muster in a dream she embraced him with all her heart. IT WAS FINALLY TIME TO GO. MAYBE I WILL JUST SHOW YOU WHAT I WROTE DOWN ON THIS SCRIPTURE.
OPEN A DOOR IN YOUR IMAGINATION AND I WILL WALK THROUGH IT.... @milezofplay