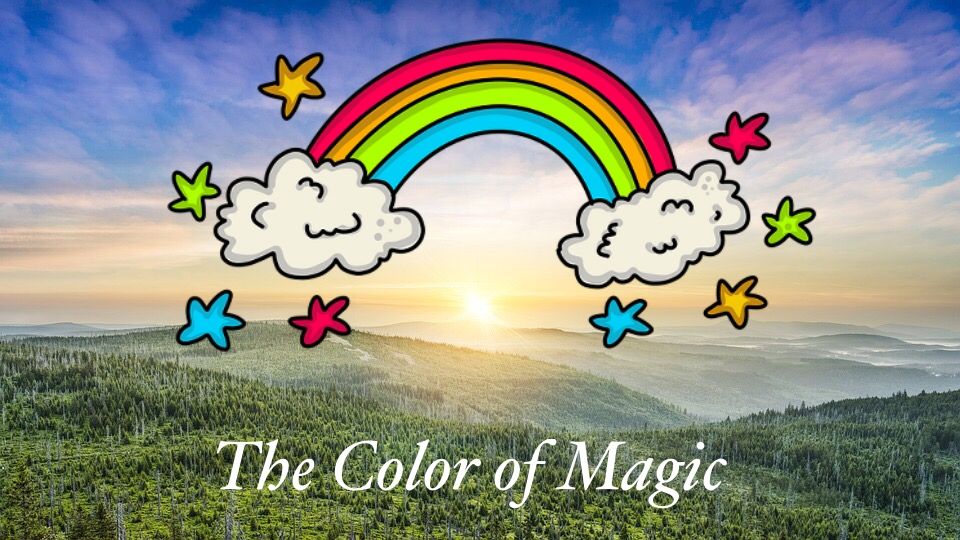 The Color of Magic

“Jeanne, I'm telling you, we’ve got a serious problem. Patrick is just not a Leprechaun. I don’t know what we’re going to do? It feels, to me, as if magic failed us.”
“My love, you fret way too much. He’s a handsome boy and he looks best dressed in green. He’ll come into his magic if you just give him time.”
“Handsome! Are you mad, woman?” He turned and spat out over his shoulder. “Since when was ‘handsome’ ever a requirement?”
Jeanne held her words, she knew it was no use arguing with him when he was in a mood.

But her heart ached for her son and his father, for her family. They were the laughing stock of the entire helm. Outcasts, really, a family headed by a fairy and a Leprechaun devoid of magical offspring. Such a thing had never, ever, been heard of. They were an anomaly, a strange and unusual accident in the Leprechaun’s proud, strong bloodline.

Patrick was disastrous at gold management, he couldn’t cobble to save his life no matter how many lessons his father gave him. He was useless at joke telling, did not enjoy a pint of beer at all and he made friends with humans; of course befriending humans was his worst flaw, she knew that by doing so he was constantly betraying them to danger.

It was a perilous flaw.

She wished she could do some good, but, although, it was well known that Leprechauns could cast a spell to bestow magic. It was considered evil sorcery to try such magic on members of your own family. Also, it never worked if you asked a Leprechaun to conjure wizardry, this they had to do of their own accord and considering Patrick’s unpopularity, well…

A knock on the door shook her from her reverie. She opened the door, knowing full well that it would be Patrick, they very rarely received visitors from the community, it seemed that very few people wanted to be associated to a magicless family.

Her jaw hit the floor when she saw that Patrick was not alone. He had brought a burly looking human with him to their very doorstep. The man was large and stank of humanness, in a way that spoke of evil to come.

“Heaven save us, Patrick are you mad?” But before he could answer the human ducked into their cottage, threw her over his shoulder in a vice-like grip and spun about until he spied Mr O’Conor who was soon the occupant of the large man’s other shoulder.

But the human was having none of it and locked both of his parents in a vacant cupboard. Then he cast his wicked eyes at a shivering Patrick.

“Now tell me where the gold is, you silly little boy?”

Patrick was aghast “But you said you just wanted to see where I lived so that you could bring us gifts. Why did you lie?”

Now, all would have gone really badly for Patrick if Mr MacDonald-Leprechaun had not been walking past at that exact moment. Drawn by the ruckus, he peered into the O’Conor’s window. What he saw conjured an instant rainbow of magic light to spring like a fountain from his palms. The mystical glow, of a thousand hues, settled directly on Patrick and Eureka! He had a plan.

“Very well, I’ll take you to the gold. Let’s go. But I must tell you that you have to lead the way by following the rainbow as it moves. I’ll follow behind, just so that you know I’ve no trick up my sleeve?”

“You, haha, you wouldn’t know how to trick me.” He scoffed, bounding out the door following the rainbow ahead of Partick.

To Patrick’s amazement he simply thought of a direction and the rainbow moved accordingly, pulling the human along its path. It was, suddenly, easy for him, he felt the blood of a million ancestor-Leprechauns course through his veins. He directed the rainbow over a narrow ditch, and, of course the human fell foul.

When the burly human awoke he simply had no memory as to how he’d ended up in the ditch.

Whether his loss of memory was by magical design or as a result of the bump on his greedy head we’ll simply never know.

But I’ll tell you this, Patrick became a master cobbler and an amazing jester (after freeing his parents, that is) just goes to show what a rainbow of magic can do.