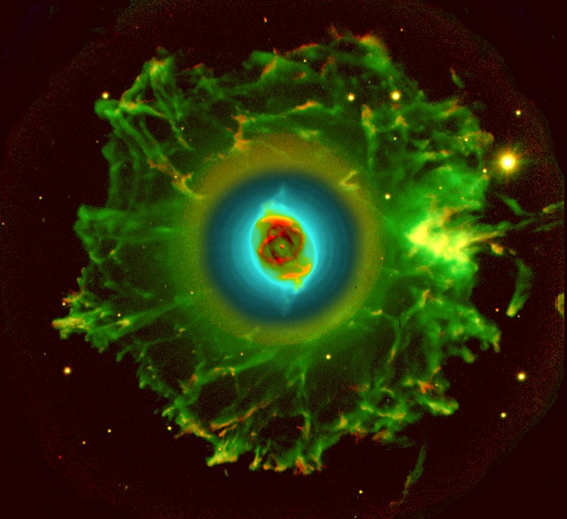 The evidence was always before their eyes, the multiple interplanetary trips the crew had made confirmed the reality again and again, but none of them could understand the data or correctly interpret the images given by the telescopes.

In them, the premise that we cannot see what our minds have not conceived was being fulfilled.

They were blind, the alliance with the earthmen had filled them with such a sense of power that they did not imagine the enemy's ability to camouflage itself, infiltrating the strategy of their race, to indispose them to the humans, breaking trust.

No one on earth remembered the times when they were two different races. They had stood side by side with men since ancient times.

After the terrible events, in which they were filled with the certainty of the unimaginable, they began to understand that the enemy had always been close to them.

The evaluation of the defeat, "post facto evaluation", as Commander Jack would say ironically, revealed that they were powerless to reverse the facts. There was nothing to be done. If his race was to survive in the vastness of the universe, it must, as soon as possible, begin to scour the galaxies in search of new allies. They would not start from scratch. They had a lot of information accumulated after so many millennia of alliance and of accompanying humans in all their studies and adventures.

At the end of the daily meeting with the representatives of their armies, Captain Jack returned to his cabin. His privileged sense of smell was telling him something he had not rationally noticed.

His own smell had changed a little. Looking out of the ship's window at the vast black space, he was assailed by the recognition of the fact. He smelled of jealousy! In his body was the same odour he had detected so often on his friends on earth. The smell of jealousy is an unnerving odour, which his race had detected in the men and women of Earth so often that they believed it to be an intrinsic part of their anatomy.

Why did he himself have this smell so characteristic of humans? Jack had learned that when humans smelled of jealousy they were very prone to misdirect their actions.

"Am I jealous?" That simple question eventually gave Jack the key to understanding and solving the problem of losing his position in the alliance with the men. After pondering for a while he came to the conclusion that he was indeed jealous. That made him alert. He felt his ears heat up and could detect the rage coursing through his veins.

Jack turned to the digital archives of human history. There he found evidence of the process that separated his race from the beloved race of men.

An ancient Egyptian drawing provided the first evidence. There stood the enemy beside a queen.

The hated specimen was staring her in the face as if hypnotising her... He went on through the archives and found that the enemy had won over, by unhealthy magic, children and women through the centuries.

By the end of the 21st century, in the Christian Era, in almost every house on earth there was a spy of the ruthless beings. Pretending to be of a lineage indifferent to the human condition, silent and cunning they lived for centuries in a gradual, imperceptible approach that never revealed their perverse end.

Jack watched them now, in the archives. Sitting like kings in human homes, with their unusual positions at windows, scampering over rooftops, entering rooms on moonlit nights.

Why did their race, so intelligent, not detect that the enigmatic purrs were only an access code to the human will?

How could they not have always seen the obvious mystery of those terrible eyes, with oscillating, suggestive pupils, which seemed to open to a depth only comparable to the infinite universe, leaving humans powerless to activate their will?

How could she not have acted on the brazenness of the flirtatious felines, caressing the legs of women and children, inciting them to love them like gods?

How could I not have known that the arches of their bodies were the way they rearranged the surrender of the human soul in their bodies?

Fury reddened Jack's eyes. It was with the realisation of how the cats managed to separate the canine race from the human race to take them, as slaves, to the Cat's Eye Constellation, that he made the determination that would mark the history of the galaxies.

They would fight tooth and nail to defend man. It had always been so. It would remain so.

Commander Jack ordered them back to earth.

The dog and cat fight would be at its peak!

When I read that cats could take over the world, I understood everything. I always liked dogs more than cats, until I met my Quira. I still love dogs, but Yume, my dog, hates cats to death. In the evenings in my backyard there are fights worthy of being narrated.
The Ink Wellfictiontheinkwellinkwellpromptwritingtalentclubhivevenezuelaart
gracielaacevedo68
via peakd
$ 7.31
446
H2
H3
H4
3 columns
2 columns
1 column
10 Comments