"Please take care of my babies." My elder sister, Janet, said as she balanced the weight of her back pack on her hand.

"Okie dokie?" She wanted me to say something.

She had just dropped my nieces even when I told her I couldn't handle the Monkeys all by myself.

I call the five years old twins Monkeys sometimes because they are ever so busy talking,asking loads of questions or even jumping from one place to another.

Every body fondly call the twins Biggie and Smallie. Their mom has an important early morning workshop and wouldn't make it in time if she took off from home so she figured its best to lodge in a hotel close to the venue in town.

The kids and I were now seeing her off to the car. Actually I was seeing her off and they just tagged along. All they cared about right now was the lollipops in their hands.

"Check on them in the night. Especially Biggie" She said with a pleading look on her face.

I rolled my eyes and gave her a gentle push towards the car door. I needed her to leave. I still have lots of video editing to do and its already 6pm. The kids don't
mind spending time with me. I'm a fun girl like that.

"Be gone already, the Monkeys are not even bothered. Just look at them" she gave an uneasy smile which transitioned into a grin as she looked in the direction of the girls facing each other and licking a lollipop in turn like they were not given one each.

"I'll be back before you know it" she said and I nodded while inspecting my well manicured nails.
She entered her uber and closed the car door rather too loud.

The sound from the car door drew the twins' attention and they came to stand beside me now looking with mixed feelings.

"I'll be back before you know it" she said out of the car window and blew kisses. That brightened their faces and they began to wave good bye.

As the car began to move, we turned to go inside and kust like that they started to run after each other competing who would open the door for me.

"Oh well, its going to be a long night" I said under my breath.

I was able to do a significant amount of work. Engrossed with what I was doing, I almost forget I had kids with me and they should have taken dinner by now. In fact I was to give them an hour ago. The time now is 7pm.

Two hours passed so fast. I went to the living room only to find that the Monkeys have fallen asleep.

"Aha!" I said softly. I knew something was up when I stopped hearing their voices 30mins ago. They had fought and I couldn't care to intervene. I had work to finish. More so, I knew they were going to settle themselves like always.

I decided to go get their dinner ready before waking them.
My phone began to ring just when I had set the table. We were having rice and veggies for dinner. Jane was calling a I picked.

"How are my babies?" Was the first thing she said.

"Hello to you too! We are fine, thank you." I replied. Stressing the 'we'.

She laughed and told me about her trip to town. We chatted some more before ending the call.

After the call I started to reply some e-mails when I got a tug on my vest.

"Uncle, I'm hungry" Without realizing when she walked up to me, Biggie startled me with her sudden appearance.

We played some more and before eating out dinner finally.
Janet had everything ready. She knew I couldn't cook to save my life so she had packed both dinner and breakfast.

We had our delicious rice and veggies and were now chilling. At least I was because I allowed the kids to do whatever they wanted.

It was now 11pm and I was done attending to my emails. I decided it was time to make them go to bed. They were still up. I didn't expect they will still be. I honestly thought they would get tired and fall asleep on the couch like earlier.

"Hey Monkeys, its bed time. Pack up those Lego game and prepare to sleep"

Surprisingly they complied as though they were waiting for me to mention it.

We agreed we'll all sleep together in the sitting room. So I moved the center table aside and laid a duvet on the large shaggy rug in my living room. When I was done, I was completely exhausted and wanted to sleep but the girls didn't look like they would sleep soon.

"Uncle please tell us a storey" Smallie said. Her speech made me smile.

A plan formed in my head immediately. I would just scare them to sleep!

"Great! I think that's a good idea but first let's put off the light." I told them. This was part of my plan. In just a minute the whole place became dark as I put of the last light in the room.

I started conjuring different scary stories and instead of these Monkeys to be scared, they were giggling but in no time, I couldn't hear anything from them again. I took my phone to check if they were asleep and I was right. They had dozed off.

It such a relief they are sleeping now, at least I can sleep, only that sleep was long gone from my eyes. I found a blanket to cover them then stood up.

"Perfect!" I said in frustrating before deciding to do some more work.

I quietly found my way to the dinning with my phone's screen light to finish working.

My eyes began to get strained so I kept my phone down on the table. 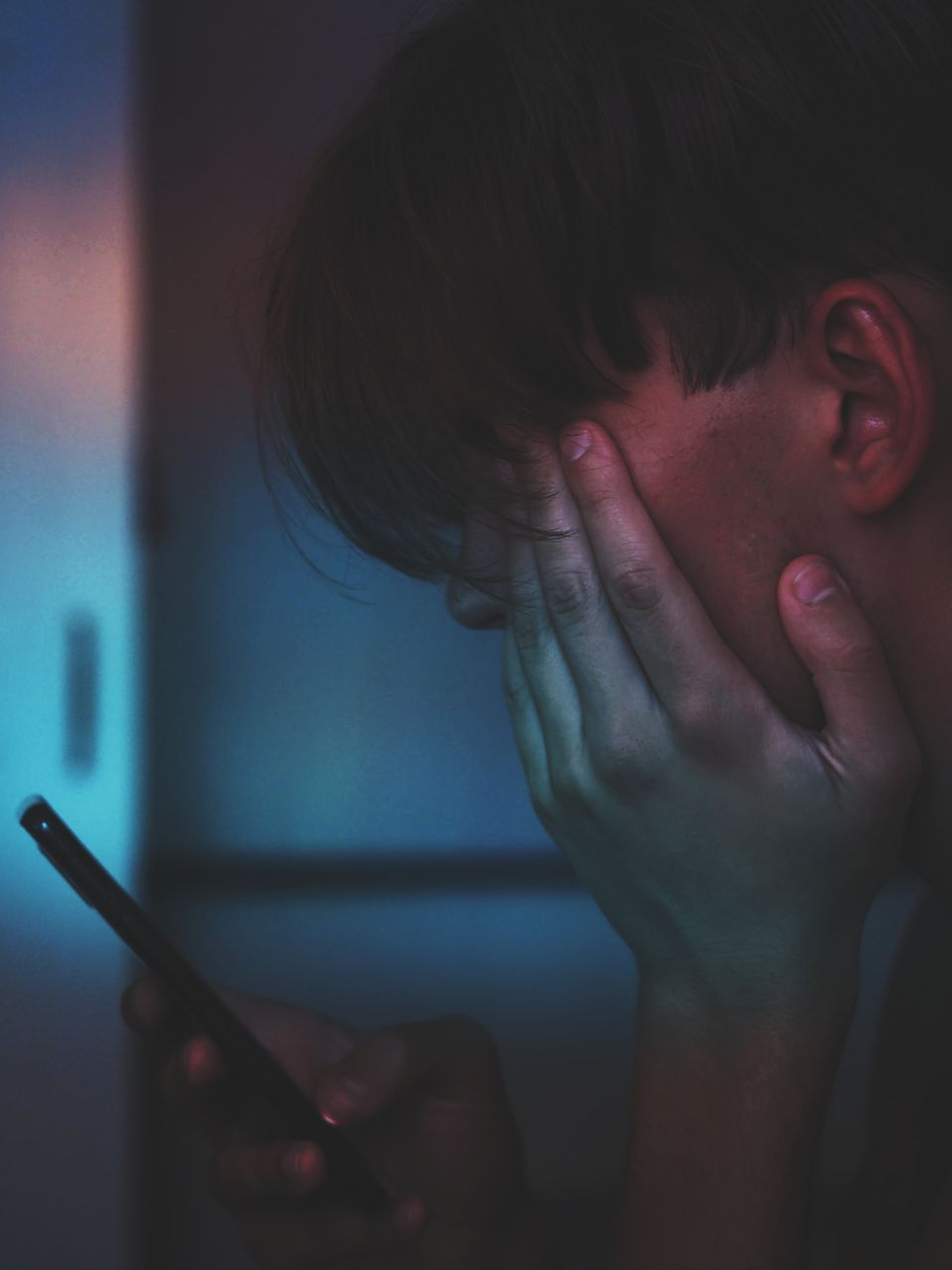 Okay...did I just see a figure? A shadow that moved slowly or was I hallucinating?

I used my hand to feel around the table for my phone carefully. When I got it, I immediately tap on it and used the screen light to look around but there was nothing. No one.

Shake it off girl. Or are you trying to scare yourself to bed too? I thought and smiled at myself.

My stomach grumbled and I stood up to make a bowl of cereal. I knew my way around my studio apartment and the moonlight was bright enough for me to see.

Grabbing my phone in one hand and a bowl of cereal in another, I made to go back to my work table but I froze.

In front of me was a short creature covered with a piece of cloth from head all the way down to the leg.

My phone and bowl of cereal dropped from hand making crashing sound as they met the floor. I screamed and made an attempt to move but my legs were rooted to the ground. I couldn't move!

The creature in front of me joined in screaming and ran toward me to attack but I found my legs. Still trembling, i moved out of its way and crashed on the floor, followed with a loud cry. The sleeping girls joined with a scream of their own.

Oh no, the girls! I ran very fast in their direction hitting the switched on the wall on my way with my palm. I'll definitely need a bandage later but first I need to get to the girls before the creature did.

Terrified Smallie greeted my eyes upon switching the light on.

"Biggie!" I shouted with terror. Where is Biggie!

"Uncle!" A crying Biggie shouted from the kitchen. She was sprawl on the floor.

"Oh my God!" I exclaimed upon the realization of what just happened.

"What were you thinking?!" I said as I made to pick her up from the ground.

She was crying so loud that I had to carry her up to my shoulder for a hug.

"Are you hurt?" I asked her and she followed with a nod saying no.

I took a look around, the whole place was a complete mess. I remember Janet telling me about how Biggie sleep walks sometimes and I laugh about it but what happened tonight was far from funny.

My favorite cereal bowl is broken,
room is disorganized and most annoyingly is my broken phone.

"Good gracious!" I exclaimed with a heavy heart.