In my post a week ago over here I have been giving you an update on Hive-Engine light nodes, snapshots and some other developments regarding engine nodes.

In this post I will be talking about engine node snapshots, which play a substantial role in the operation of the Hive-Engine sidechain.

I am providing a snapshot service for engine nodes since approx. a year now. What it basically does is create a snapshot (backup) of an engine node once a day, so it can be used to set up new nodes or restore faulty or forked nodes. A few months ago I have additionally added snapshots for light nodes, which are created every 12 hours.
The backup is basically done by creating a dump of the whole mongo database. More specifically a cron job executes a shell script once a day (or twice for light nodes), which:

If you are curious, here is the full script for creating the backups:

Additionally since 3 months the script records the snapshot size after every creation. To better analyze the resulting data I have created a simple python program, which reads the data created by the script (in a csv file) and creates a chart using matplotlib. This is a part of the script:

The following image shows the size of full node snapshots of the last few months and right now we are at almost 60GB for the snapshot already: 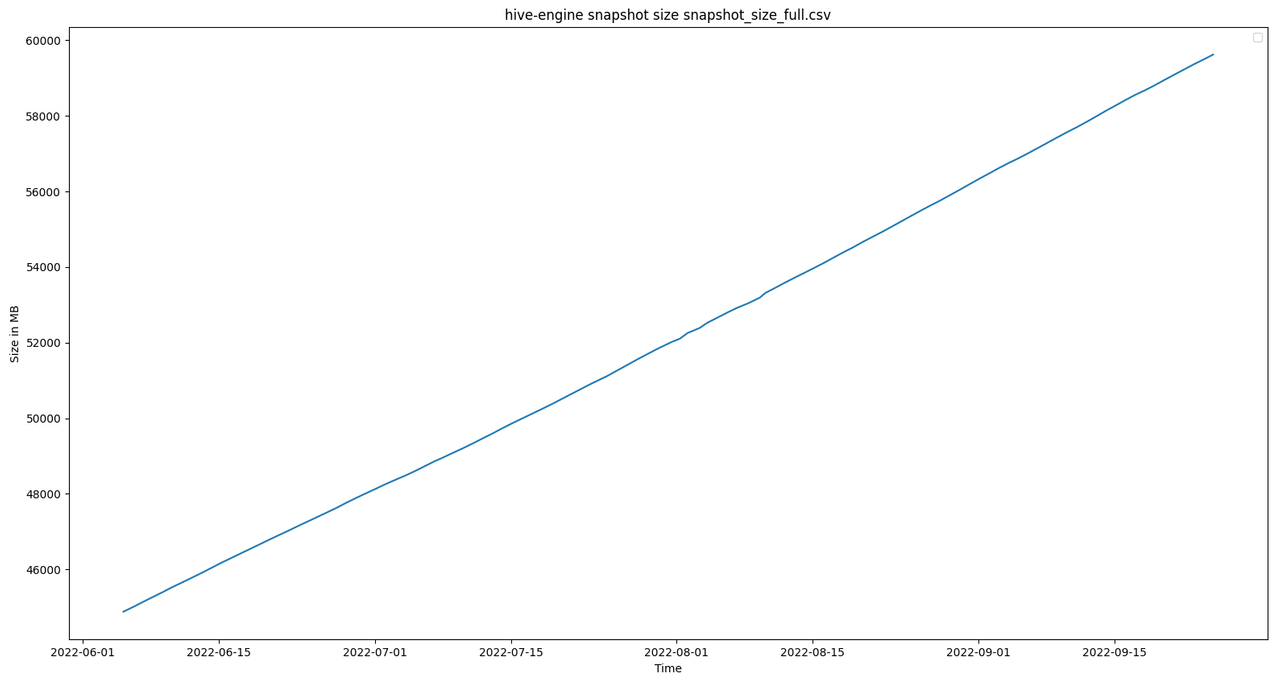 This pretty much shows that the size of snapshots is growing at approx. the same rate every single day. It also shows that it is getting increasingly more difficulty (expensive) to run engine full nodes. The daily increase in the snapshot size is seen pretty good in the following bar chart: 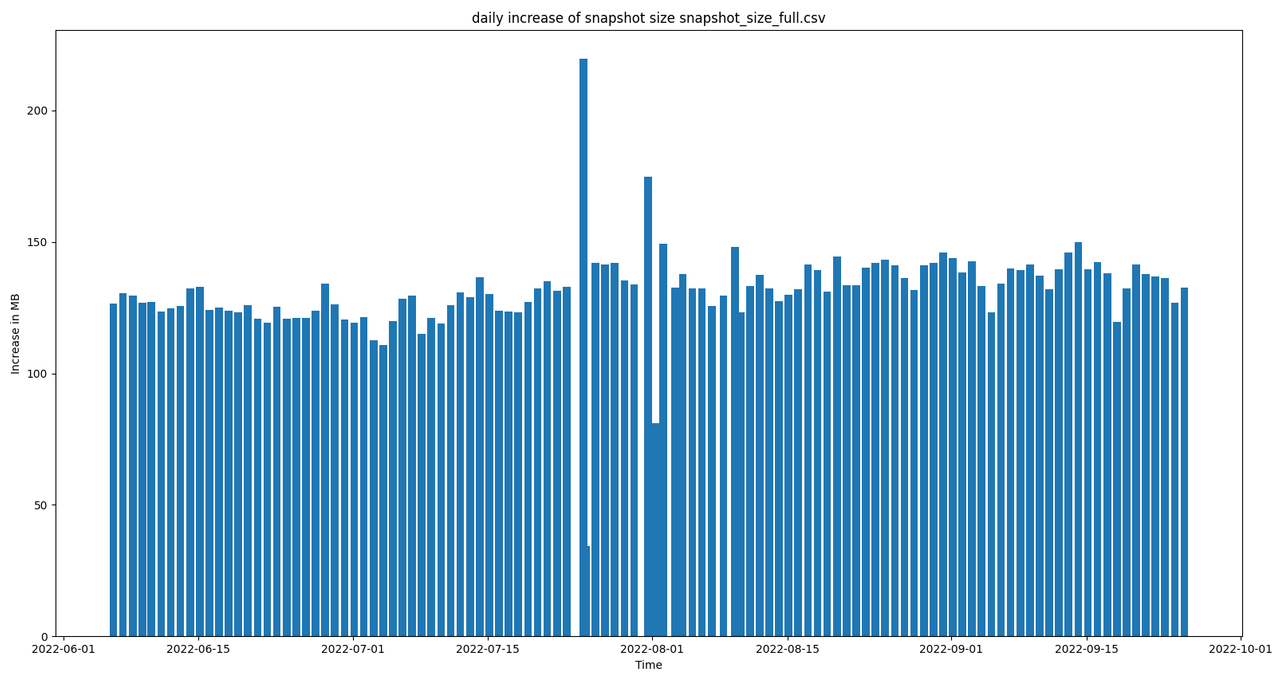 The few outliers in the chart above occurred when the snapshot script failed a few times and the snapshot was created a bit earlier / later than usual.

One of the biggest benefits of light nodes is that they only store part of the full transaction / block history, which drastically decreases the storage requirements. Compared to full nodes a light node with 30 days of history requires less than 10% of the storage. We can see the size of light node snapshots (with 30 day history) in the following chart, which is currently at around 4.5GB: 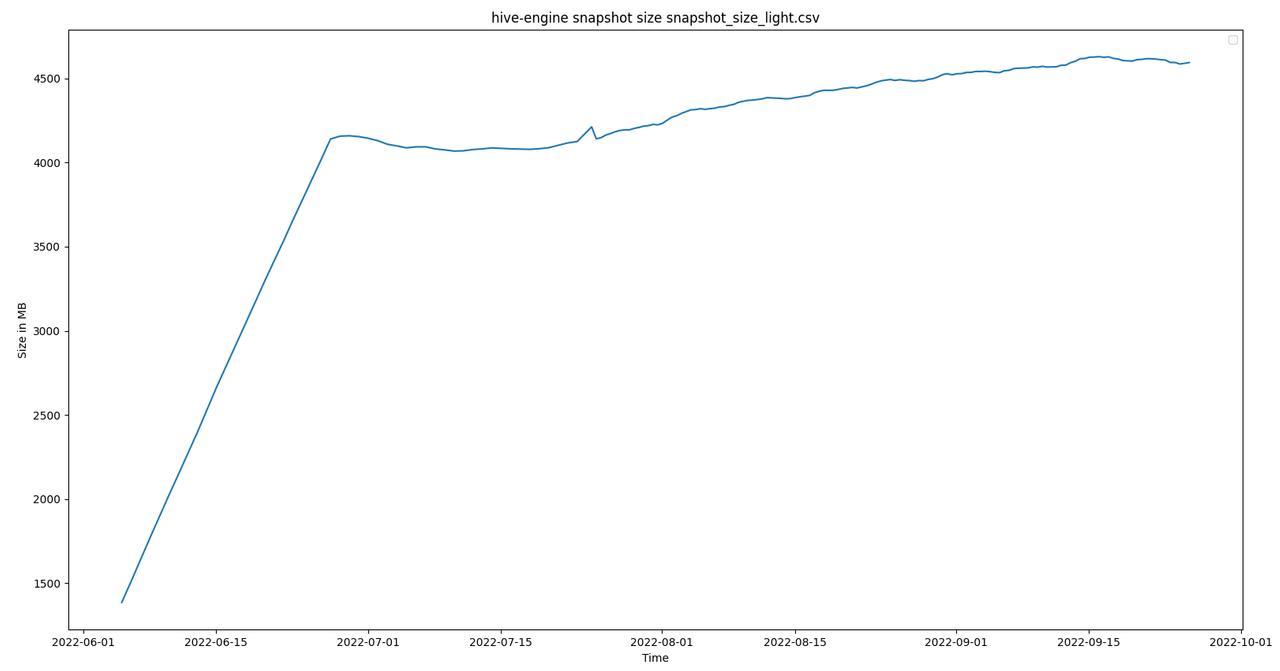 The initial straight line results from the 30 day history still being built up gradually. The size of the light node snapshot fluctuates a bit, depending on the number of transactions that are performed on the engine sidechain, but stays approximately at the same level. The fluctuation can be seen pretty good in the following chart: 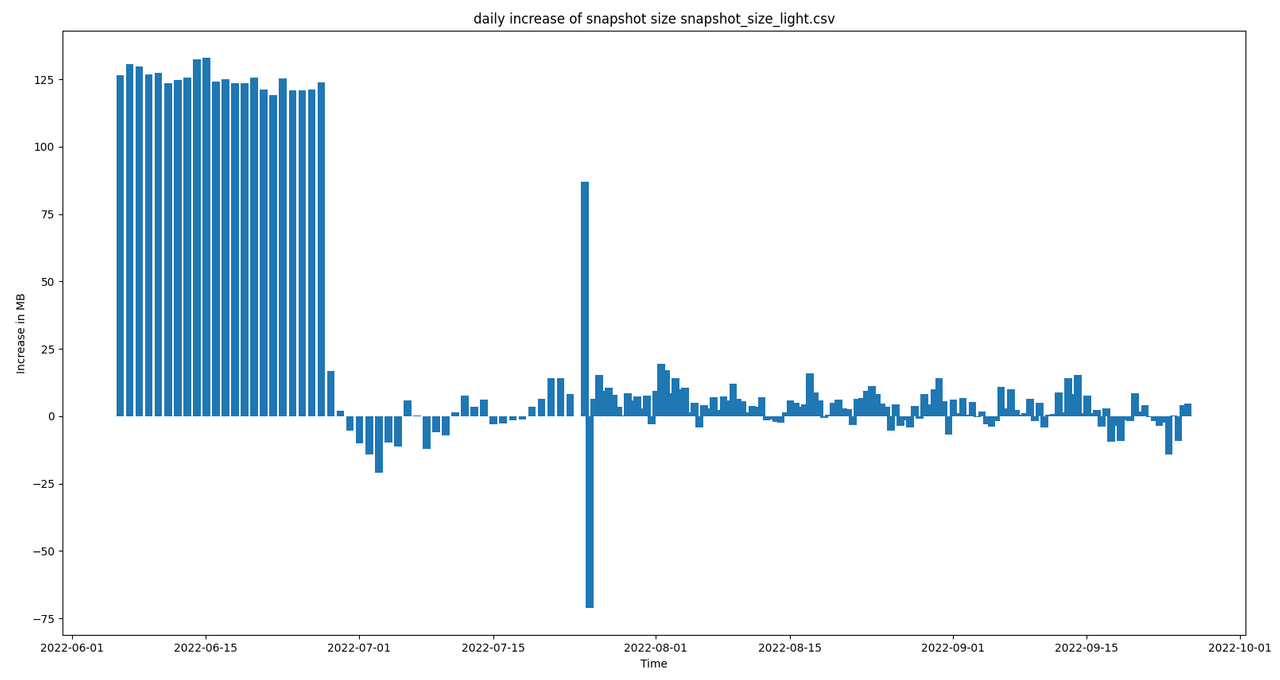 I will continue to monitor the snapshot sizes and provide you with an update again in a few months or if anything interesting is coming up in the charts / data.

If you have any questions regarding the above or Hive-Engine nodes, please let me know.

Also please consider voting me as HIVE witness, so I can continue building more awesome stuff.