Was CakePop a fraud? Yes, kind of.

Dear All,
since nobody is doing this post, seems I have to do it by myself.

As you may know, on Mon., 30th Aug (=12d ago), the first IDO on Cubdefi was done, read on here directly from @leofinance the official news about it. I had done a post with some newbie explanations in German here. Apparently not sceptical enough, I had aped in with 2000 CUB (almost all I had in the CUB Kingdom).

What happened afterwards/since the IDO?

Well, the IDO was just over 100% committed and I ended up with app. 1,6 Mio. CakePop tokens (0,16% of all and on spot 23 or so of the rich list). But right from the beginning the CAKE dividends came in very irregularly and intransparently. Others have observed this, too.
It turned out the the CAKE distribution algorithm is far from being "provably fair", as @roleerob has shown in this post.
Also @jerrythefarmer wrote an excellent post about the IDO aftermaths here.
He found that "66.66% of all CakePop tokens in existence have been sitting in wallets owned by the CakePop developers, and as soon as IDO token distribution started those wallets were the first to collect $Cake dividends".
Of note, neither @cakepop nor @leofinance had ever addressed those concerns by at least replying/commenting to these posts, let alone writing standalone posts about the topic.

It seems the process of claiming the CakePop tokens from the IDO resulted in huge transaction fees that all ended up in the wallets of the devs. So de facto from the 12K$ in CAKE payed out to the token holders so far, 50% ended up in 2 wallets! Not exactly aligned to a "most fair launch sequence imaginable" as they had promised here.

The richlist of wallets i.e. distribution of CakePop token currently looks like this:

How does this look to you? I would call this the opposite of decentralized! 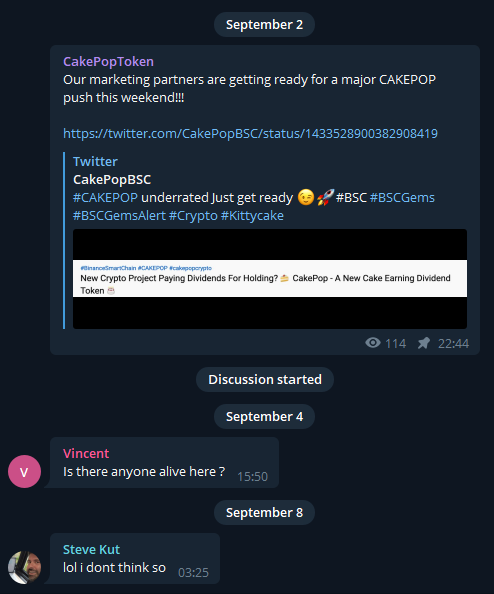 -- Their last tweet (twitter name @CakePopBSC) is 2 days old and got 2 likes!
The video that was referenced in that tweet was at the time of the tweet already 5 days old! Were they so busy with counting money that they had to wait for 5 days to advertise the video? 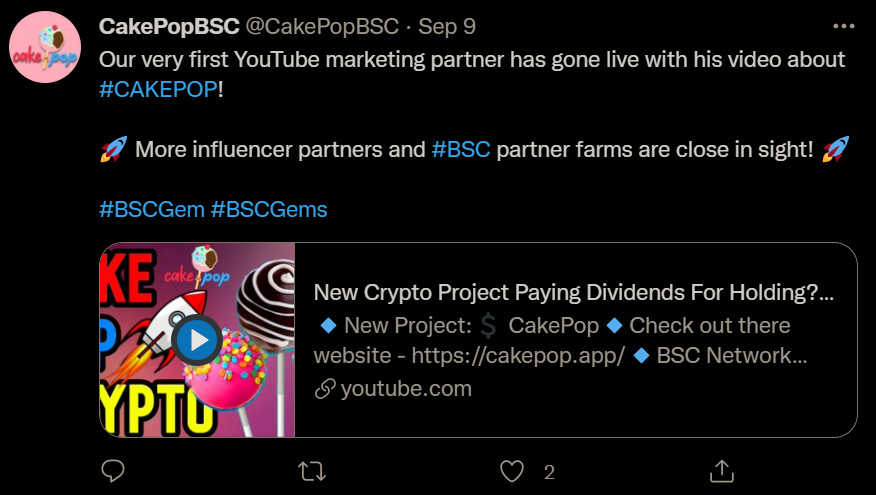 -- What about the marketing campaign that was promised? At least neither on Telegram nor on Twitter anything about it! Or was that single Youtube video that got 19K views and 314 likes the whole campaign already?

Since CakePop is a "yield-generating token" it is fair to ask what the yield is.

This is a screenshot of the CakePop-app. Someone had said, the color scheme should be called "clown vomit" - I think this hits the spot. 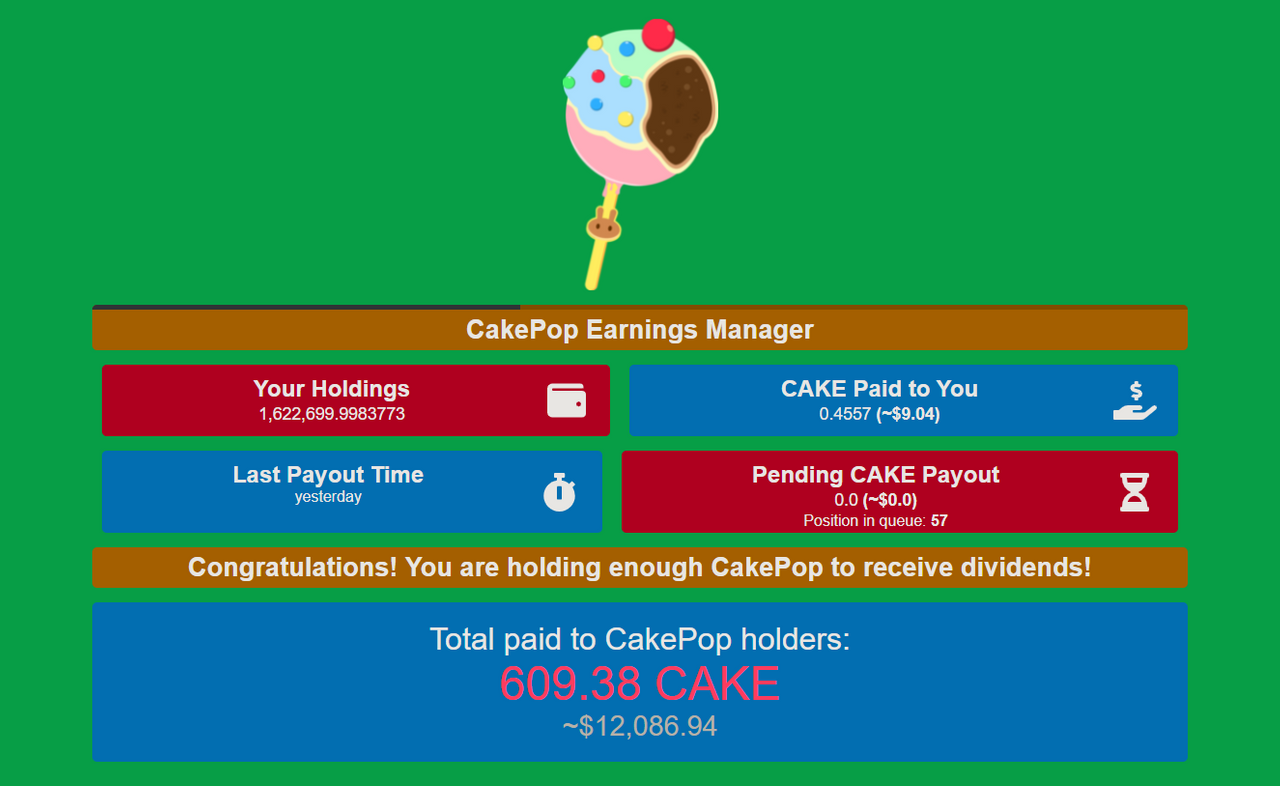 As you can see after 12 days I earned 0,4557 CAKE (9$ worth), that is a theoretical APY of 27%! Not very convincing for a high-risk Defi project, considering the currently 85% APY of the CUB Kingdom from where I took the CUBs, stupid me.

I had expected that the @leofinance team had a closer look at the project before giving it the green lite for an IDO. Especially since this was the first, trustbuilding one. For me, I have my lesson learned and will in future stay away from IDOs on Cubdefi, or at least research much more before any decision. In this case I had trusted @leofinance that they would not pick such a dubious project for their first IDO. Big mistake. Seems that also @leofinance has learned something. Otherwise they would not just have released a new IDO model with a somewhat improved IDOmics. Nice development, but I would have hoped they (and/or @khaleelkazi) would have had the honesty and humbleness to confess that they did with the Cakeflop financial harm to many CUB holders.