I have said multiple times previously, I'm a very bad trader. There are tons of suggestions and tips I try to read up on trading all over the internet...and see if there's anything I can implement. Most of the time, it all goes a few inches above my head.

But hey, I'm not entirely stupid! So some of them sticks. One of the suggestion hit me hard on the forehead and stuck with me since. We all know who the suggestion was from and he says we talk about him too much xD xD

The piece of advice was, figure out your strategy...write it down and follow it religiously.

I implemented this with DEC first. I observed the price action for a few days and decided on a buying price and selling price. But as my luck goes, the pattern went bananas once I decided to test my strategy. It took me quite a while to recover that, but I am a patient guy ;) So it was not a problem. I later managed to time my buy perfectly and am poised for profit.

Then I took this to HIVE and started observing the HIVE charts on Bittrex and Binance for quite some time.

Sure we're all not too happy about the low price of HIVE, but HIVE is great for trading. Transferring between wallets is instant and free. 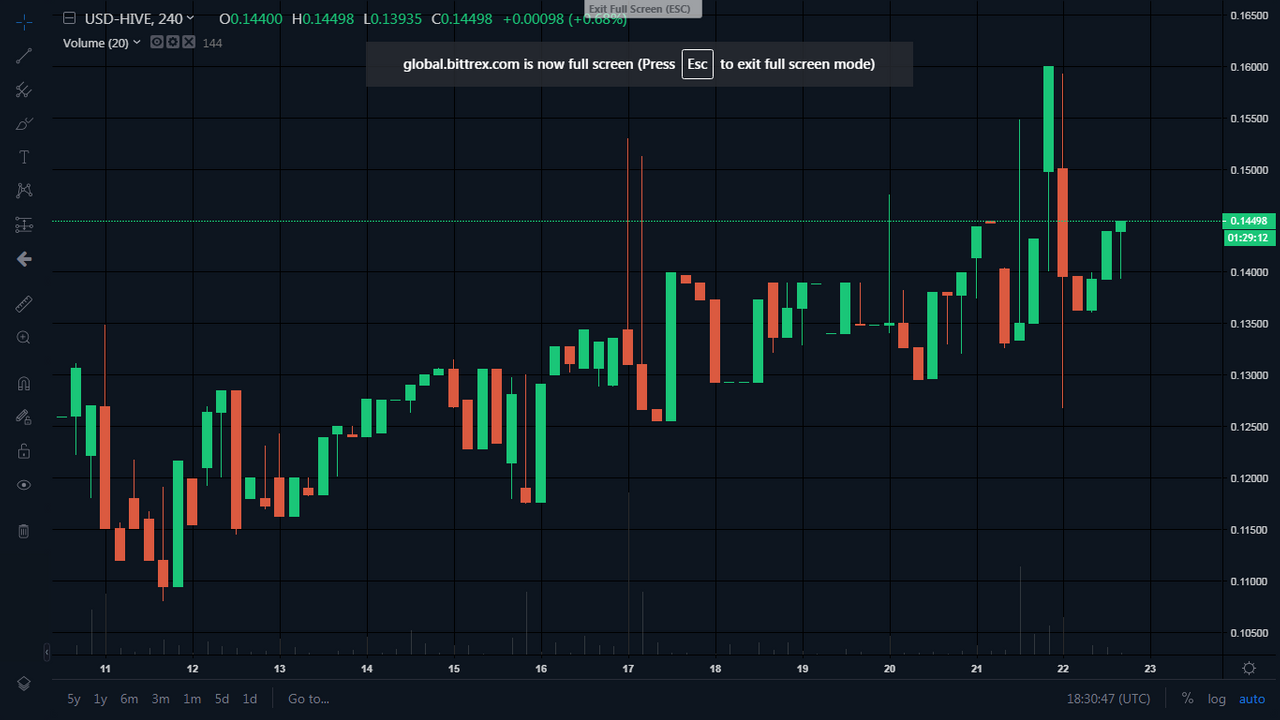 What are we looking at here? To the naked eye, the average price roughly hovered around 11.5-12 cents during the first half of the chart, and around 13.5 in the latter half. But this is hardly static.

When I observed more closely, there were regular sudden spikes, which was always followed by a dip of around 2 cents. This is a chart for the last 10 days, but if you go to Bittrex and zoom out, you'll see HIVE has been doing this for a long time now. I zoomed in for clarity. 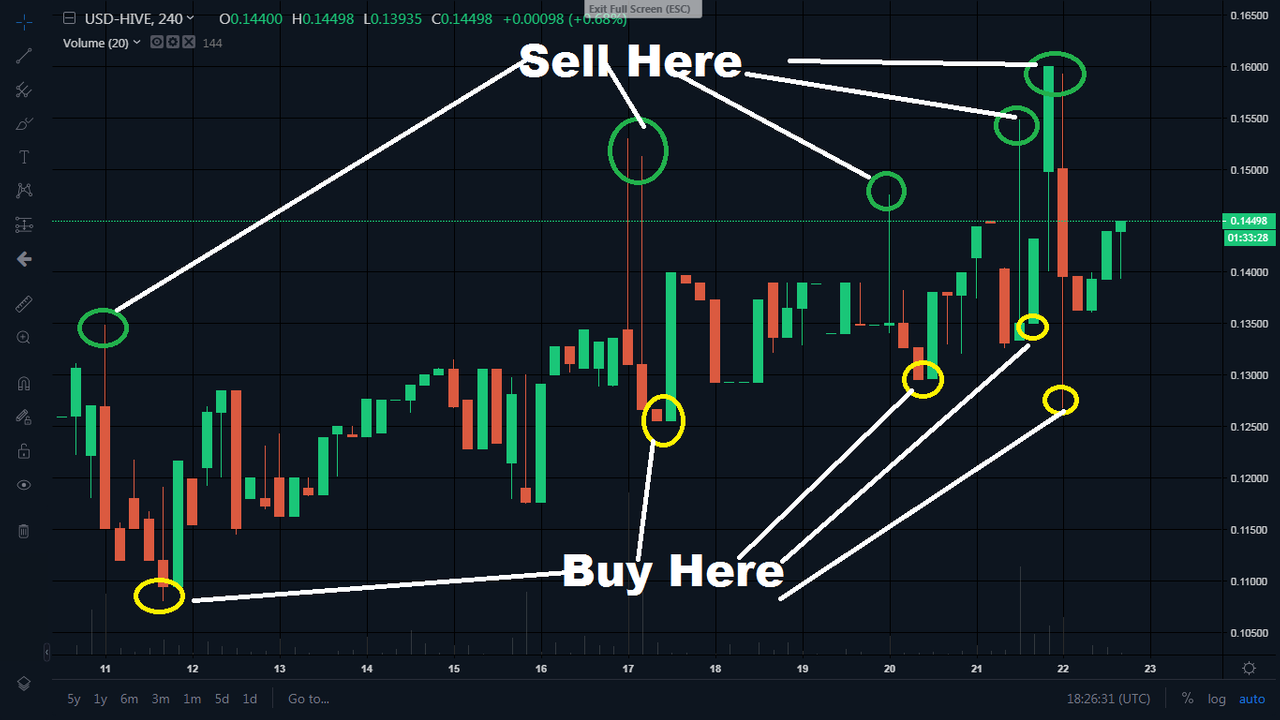 2 cents doesn't sound like much. But if you are trading with even only 1000 hive, you make a profit of $20 per trade if you time the 2 cents right ;) So that right there was my strategy, my 2 cents!

But here's the catch, once you decide on your strategy, you have to stick to it, trust it. My 2 cents were at 15 and 13. I was playing around with 2000 HIVE. My initial 2 cents were 13 and 11 which HIVE hit perfectly. When I merrily went to check my bittrex account, I realized I might have forgotten to click the "Place Sell Order" button. So missed that cycle of opportunity.

After that HIVE had a slight uptrend, so I was thinking of setting my 2 cents at 15 and 13. This was entirely based on gut feeling and while I was busy "thinking," hive went to 15 and returned to 13 cents, Twice!

Well, with my theory consolidated I finally remembered to press the "Place Sell Order" button and voila! Yesterday it hit the sweet spot. But there's a saying at the BDC, when daktar sells, HIVE rises! And rise it did!

So after selling at 15, I placed my buy order at 13 cents and HIVE smoothly sailed far, far away towards the 16.5 mark! I went very close to pressing the panic button and buy back at 16 cents...but luckily I was watching a very disappointing football match and by the time it finished it was almost 4 a.m. I was too tired to log in to bittrex and buy HIVE. But guess what I saw when I woke up and checked the price on tradingview!