MY HIVE STORY: DO I EVEN HAVE A STORY TO TELL?

Yesterday I was stalking a friend of mine on hive @young-boss-karin and I stumbled upon a post she made talking about her hive story and it made me want to participate but I wondered if I even had a hive story.

I finally decided that I would be participating in answering the 10 questions she answered from @acesontop about my journey on the hive blockchain.

Also, I have to give credit to the trendsetters @snook and @whatsup so without further ado, let’s jump into answering the questions. 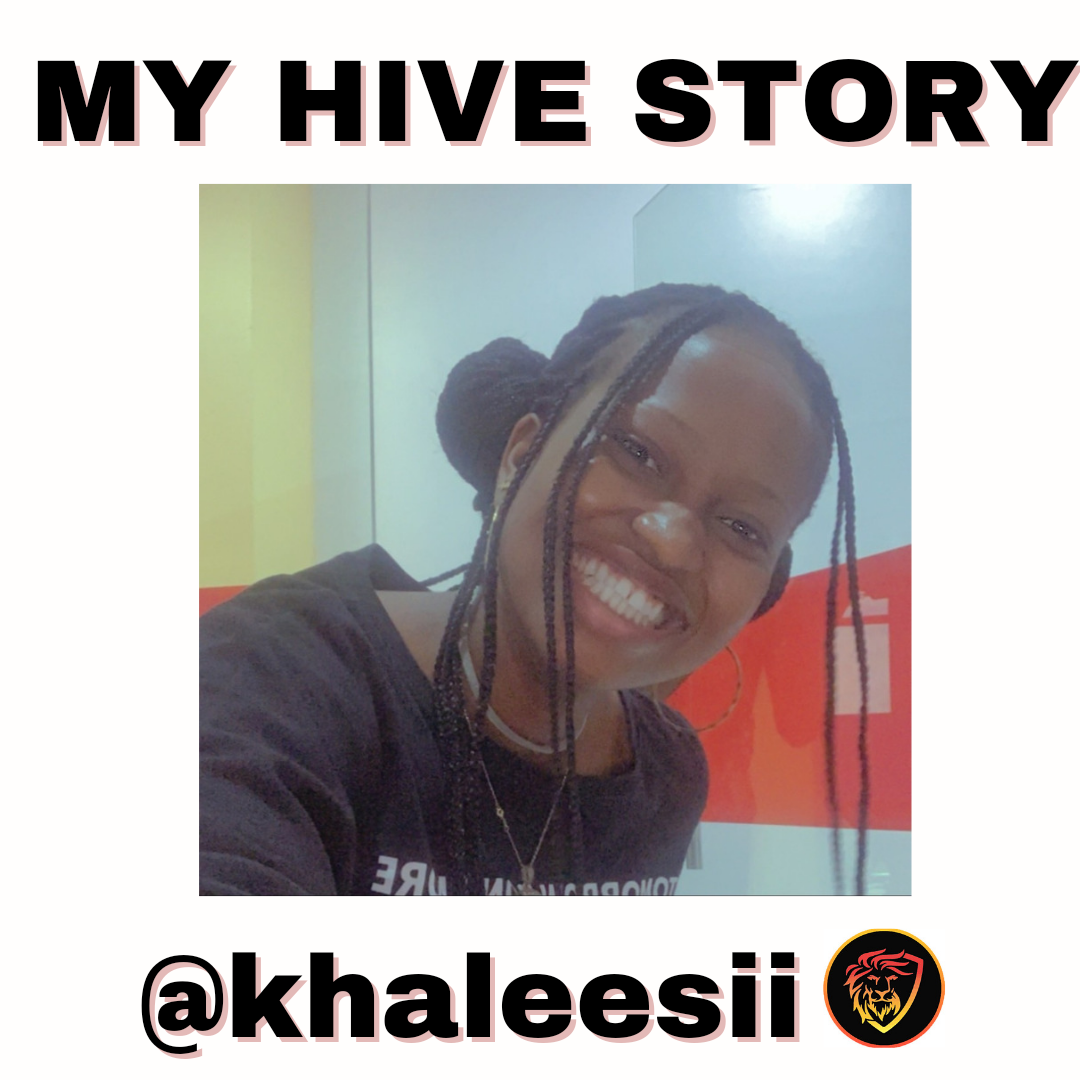 Question 1. How long have you been on the blockchain?

Officially, I have been on hive for more than a year but unofficially I would say that I have been consistent here for about four months.

When I initially joined hive, I didn’t see it as a future but things have changed a lot over time.

Question 2. What was your background in cryptocurrency when you first came to the Blockchain?

Before joining the hive blockchain, I knew only about Bitcoin and ethereum and that was it.

I didn’t have investments or even have thought of going into cryptocurrencies so hive has been very pivotal in my crypto journey.

Question 3. What was your background in writing when you first came to the Blockchain?

Writing has always been a bit part of my existence since I was little. For years I focused on writing stories, poems and even wrote a few novels on Wattpad which I ended up deleting but I have always had that passion.

Question 4. How many people did you know when you first came to the Blockchain?

When I joined hive I knew @bhoa who brought me in, @young-boss-karin who is a childhood friend, @belemo, @ebingo and I think that was about it.

However, I have made a whole lot of friends since joining hive especially from the @hivenaija community, some of these people have even gone beyond hive and they are now my friends in real life like @deraa @jaydr @starstring01

Question 5. How did you meet people when you first came to the Blockchain?

I was lucky enough to connect fast with a lot of people here on hive but the major way that I met people was by mostly engagement, I made a lot of friends just by engaging and reading their content and I even had a few find me through my content also.

Question 6. Who did you look up to when you first came to the Blockchain?

When I joined hive I didn’t really stay long enough to look up to people but coming back I have a few people that I have been looking up to like; @belemo, @josediccus, and @starstring01

Question 7. How would you describe your first three months on the Blockchain?

I made a few posts during my first three months, said goodbye, and deleted my keys, luckily I had them backed up in a bunch of places and that saved me.

Question 8. Has being a part of the Blockchain changed you in any way for the good?

Being on hive for these past few months has totally changed my life, first because I never thought I could be consistent in writing for months, and being able to do it has been unbelievable, also the knowledge that I have gained from here, the friends I have made and the milestones achieved has changed me for the best.

Question 9. What is your favorite memory from your time on the Blockchain?

I have had a lot of good memories but my best was winning some challenges on the @hivenaija platform, I could remember posting it on my family group on WhatsApp feeling so proud of myself.

Question 10. If you could advise a new person signing up to Hive, what would it be

Don't be discouraged if your posts get low votes, just keep writing quality, using the right tags, posting in the right communities, commenting, and looking at what others do.

Hive is an amazing platform and with time, you would be so proud that you took the step to start.

Now that I am done with answering these questions, I am throwing this to you; what is your hive story?

THANK YOU FOR OPENING THIS BOX OF PASSION