interpretation62
10 months ago
inProof of Brain

Though #vyb community has parted ways from #pob, still the dominance of #vyb accounts in #pob rich-list is increasing. However, the @vyb.pob account which gained the top spot last week, could not maintain the same for long.
The community account regained the top spot this week. 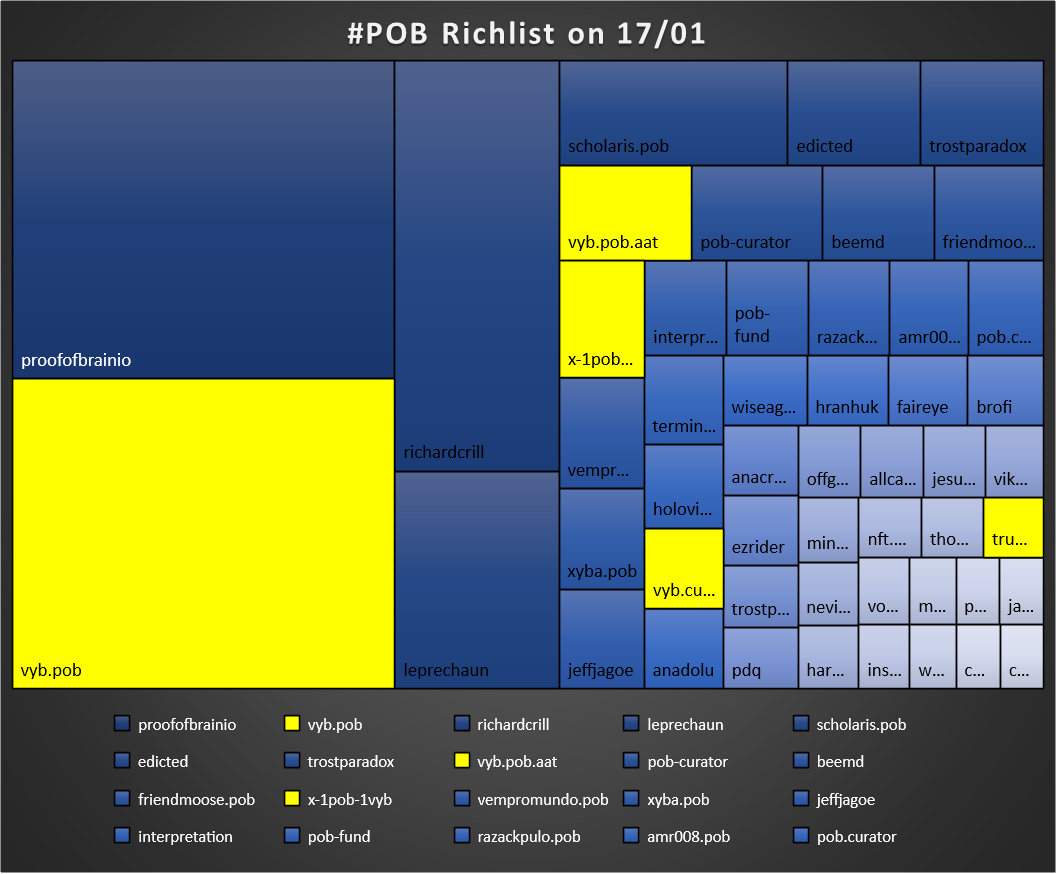 This is for the first time the @null account is pushed out of the top 50 and this time the rich-list consists of only 50 accounts instead of 51.

Total Power staked by these top 50 accounts is 1288658 as against 1266808 for the last week, this indicates that the top rich accounts have started increasing their staked #pob power.

Minimum #pob that you need to hold to get into the rich list is 6604.

There are 5 accounts supporting the #vyb project and holding the positions in the richlist.

All these accounts put-together control 392748 against 368602 held last week in #pob (in the liquid or staked format). This means 25% of the total #pob in liquid and staked form are now controlled by the #vyb project.