# ### After the end of the war, despite the efforts of Soviet people to restore the national economy during the war, the destruction was so great that, according to basic indicators, the pre-war level of its development was not achieved and amounted to (in%): The volume of industrial output was 91 to the level of 1940 , coal extraction - 90, oil - 62, smelting of pig iron - 59, steel - 67, fabric output - 41, turnover of all types of transport - 76, retail turnover - 43, average annual number of workers and employees - 87. Sown areas decreased by 37 million . ha, and the number of livestock is reduced was 7 million. Under the influence of these factors, the national income of the country in 1945 was 83% to the level of 1940.
The most painful impact was the war on the state of the country's labor resources. The number of workers and employees decreased by 5.3 million people, including in industry - by 2.4 million people. In rural areas the number of able-bodied population decreased by 1/3, able-bodied men by 60%.
Foreign policy has also been added to the economic problems of the USSR. Already in early 1946, former allies in the anti-Hitler coalition were in a state of "cold war".
Thus, the Soviet Union was deprived of foreign economic assistance and in restoring the war-ravaged economy it had to rely on its own resources, seeking resources within the national economy for its revival, as well as for developing and mastering new technology. 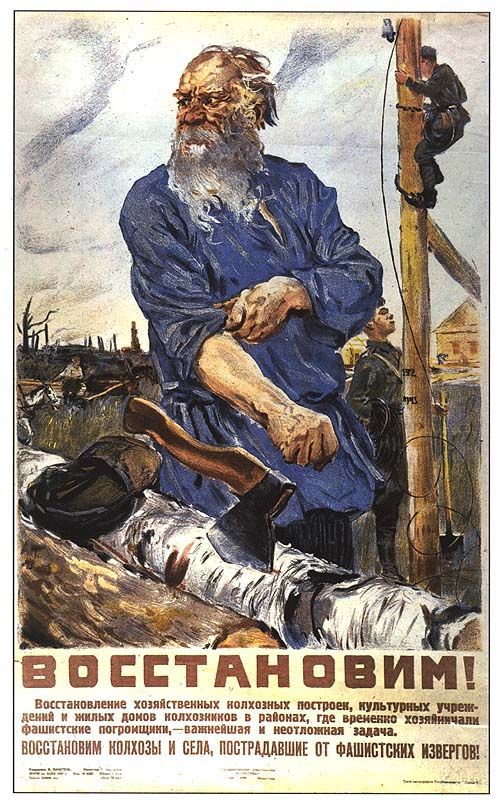