Few hours ago @fullalt wrote a post about new browser extension that will enable hive coin holders to tip Hive coins on Twitter. For full explanation and a video how that works, check the original article by clicking HERE

I had no idea that this was in development, so it came as a surprise when i seen the post. It looks like a great addition for Hive coin, and also a nice tool to promote Hive blockchain, but it could also be used to promote your Hive account.

It currently works on Chrome and all chrome based browsers. I was testing it on Brave. When you install the extension Hivetips you will get new option on Twitter 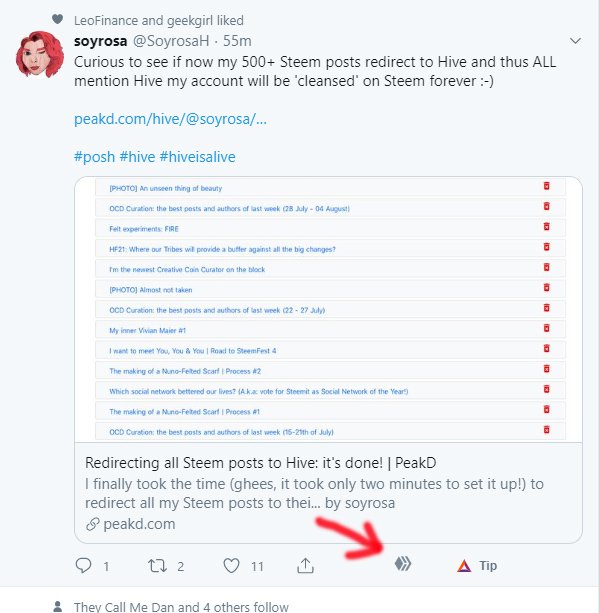 When you click on it, it connects with Hive Keychain and you can confirm your transaction. As not everyone have Hive wallet person you tipped gets a massage: 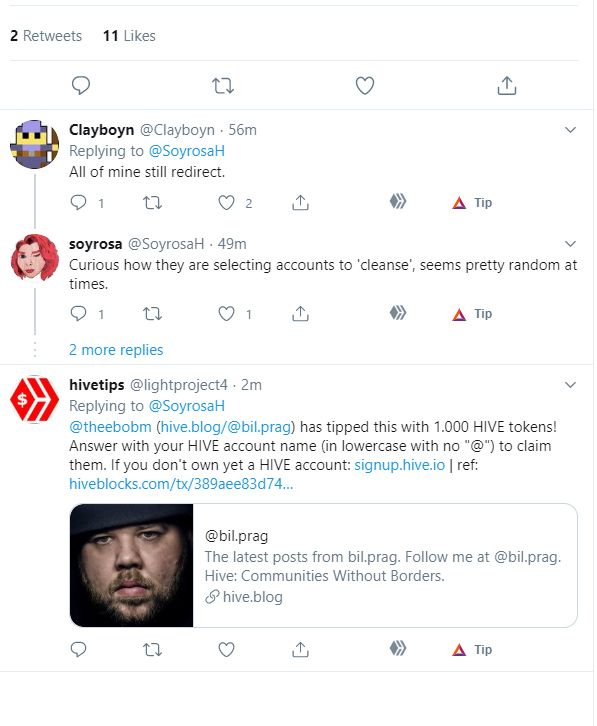 if you click on hiveblocks link you will see that your tip goes to hivetips.pool account and when user you tipped replays with his/her user name it goes from hivetips.pool to account you tipped.

One problem in this is what happens when user does not replay? At this moment nothing. But developers of HiveTips said in the comments that code is on the way to unclaimed hive be returned to user after 30 days.

@jackmiller Right now, for the time being it is in the account hivetips.pool however, this is already being coded in for the next update to the app whereby if the tip is not claimed withing 30 calendar days, it is returned to sender.

30 days has been a norm used on Hive in the past and it is ample time for people to read the comments on their Tweets or read their Notifications on Twitter.

This looks like a great idea, now i am just waiting to see will even Hive users claim Hive tips that i send to test this out :D And later when return code is added, it will be interesting to see, how many tweeter users that don't have Hive claim it, and even more, how many not crypto people do so.

I just learned i don't know how to spell twitter 🤷‍🤡