In this post I will show the Diesel Pools in which I decided to invest.
The data and results that I will collect in the coming days will serve me to write a tutorial on the Diesel Pools of the Hive blockchain.

For example, if you want to add liquidity to the SWAP.HIVE:SWAP.HBD pool, you need to add an amount of SWAP.HIVE tokens and SWAP.HBD tokens that have the same value.

To view the available pools I chose to use the following sites:

Both of the sites I listed above have a search field where you can enter: In order to choose the pools to invest in I chose to use BEESWAP (https://beeswap.dcity.io/swap?pools) instead of TribalDEX because the interface is more "userfriendly" and especially because BEESWAP displays more information about the pools such as the Average APR for each pool.

The Diesel Pools I chose to invest in

I chose to invest in the following pools:

The first pool I chose to add liquidity to is the ONEUP:SPT pool. As you can see from the data shown in the image below I should be receiving daily: This is obviously an estimated reward because:

I will also receive the reward after 24 hours from the moment I added liquidity.
Therefore adding liquidity to a pool every day is equivalent to not receiving rewards.

The second pool that I chose to add liquidity into is the PIZZA:DEC pool.

The PIZZA tokens are the tokens created by the account @pizzaexpress
Website: https://hive.pizza/
The DEC tokens are the native tokens of my favorite blockchain game: https://splinterlands.com/ As you can see from the data shown in the following image I should be receiving daily: The third pool where I chose to add liquidity is the SWAP.HIVE:ONEUP pool.

As you can see from the data shown in the following image I should be receiving daily: With today's post I wanted to introduce Diesel Pools to my readers and to those who in the past asked me for information about them, such as @bencwarmer

I chose the pools to invest in based on the APR (Annual Percentage Rate) and the type of rewards.
The APR of a pool is important because adding liquidity to a pool has a risk called Impermanent Loss.

The Impermanent Loss occurs when you remove the liquidity previously injected into a pool and the value of the tokens has changed from the value they had at the time the liquidity was injected.

Choosing a liquidity pool with a very high APR allows you to have a good probability of coming out in profit when you remove liquidity from the pool.
The less risky liquidity pools are those that have stable coins as token pairs whose values, being generally anchored to the dollar, undergo fewer fluctuations.

For every pool in which I have introduced liquidity I have created a simple scheme that will allow me to determine the value of the Impermanent Loss when I will decide to remove liquidity. In the coming days I will choose other pools to invest in and the data I will collect will also be used to write a tutorial on the Diesel Pools of the Hive blockchain.

I need to find out also the easiest way to see the transactions of the daily rewards received because I noticed that they are not visible from the HE Explorer.
If you also use liquidity pools what tool do you use to track the daily reward transactions you have received?

I am not a financial advisor and the information contained in this post is not financial advice
Before investing in a DeFI platform you should always do your own research and personal evaluation. The images in this post are screenshots taken from the sites:
https://tribaldex.com/
https://hive-engine.com/
https://beeswap.dcity.io/
The images containing calculations, tables and formulas are my property
The font I used in my images or in the images edited by me is Open Source
The dividers with the Hive logo in this post were created by me and if you like them you can use them too, the Hive logo is property of https://hive.io/ 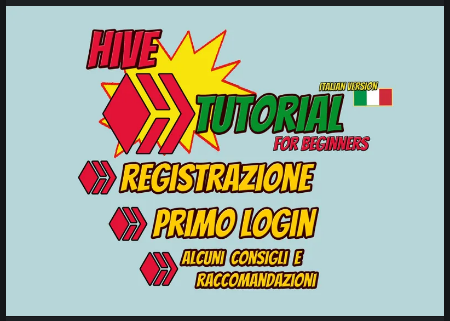