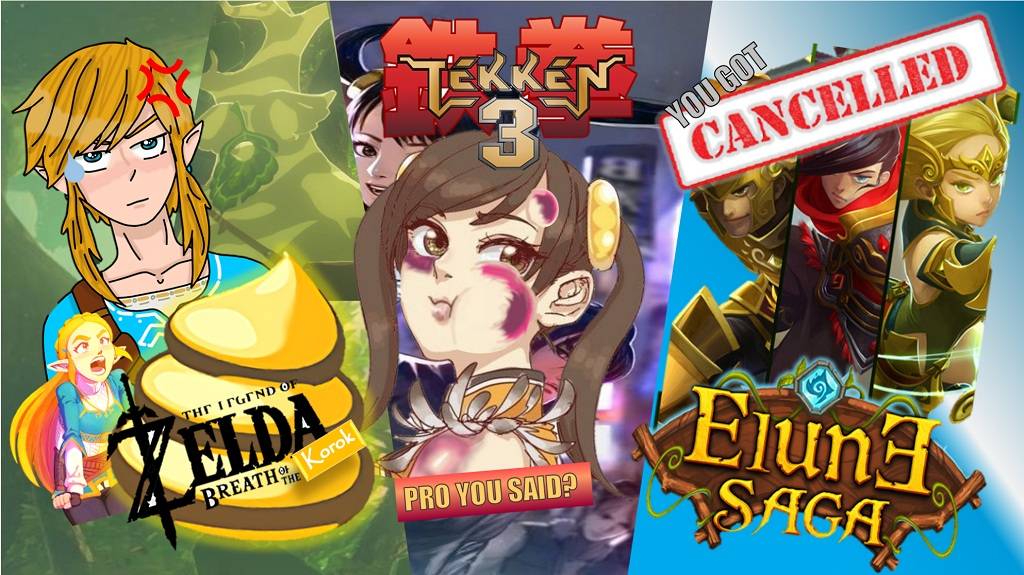 Sooo, @josecarrerag told me about this contest (As he always tells me to post more...) and I thought "why not spread my personal shameful moments, right?" and here I am sharing three LAME gaming experiences I had with videogames.

The Legend of Zelda - Breath of the... KOROK?

Last year I was able to play this epic game. I have been a Zelda fan since I was little and this game promised SO MUCH.

I wanted to complete it 100%, and of course that included Koroks in my plan. You'll see, this game has the side quest of collecting some rare seeds from the Korok, tree-sprout-like characters that come from the Ancient Deku Tree. They were hidden all across Hyrule...

So there was I, playing one of the newest biggest sand box games in history; searching under EVERY tree, EVERY rock, EVERY pond; climbing high, hiking back; fighting goblins all over; and FINDING the precious Korok seeds. you use them to increase your weapons carriage capacity, but after some point there is nothing left to acquire.

you actually reach this point after you collect around 500 of those gold-yellow seeds, oh so precious... then, what the h*ll are the rest of the seeds for? I HAD to find out. 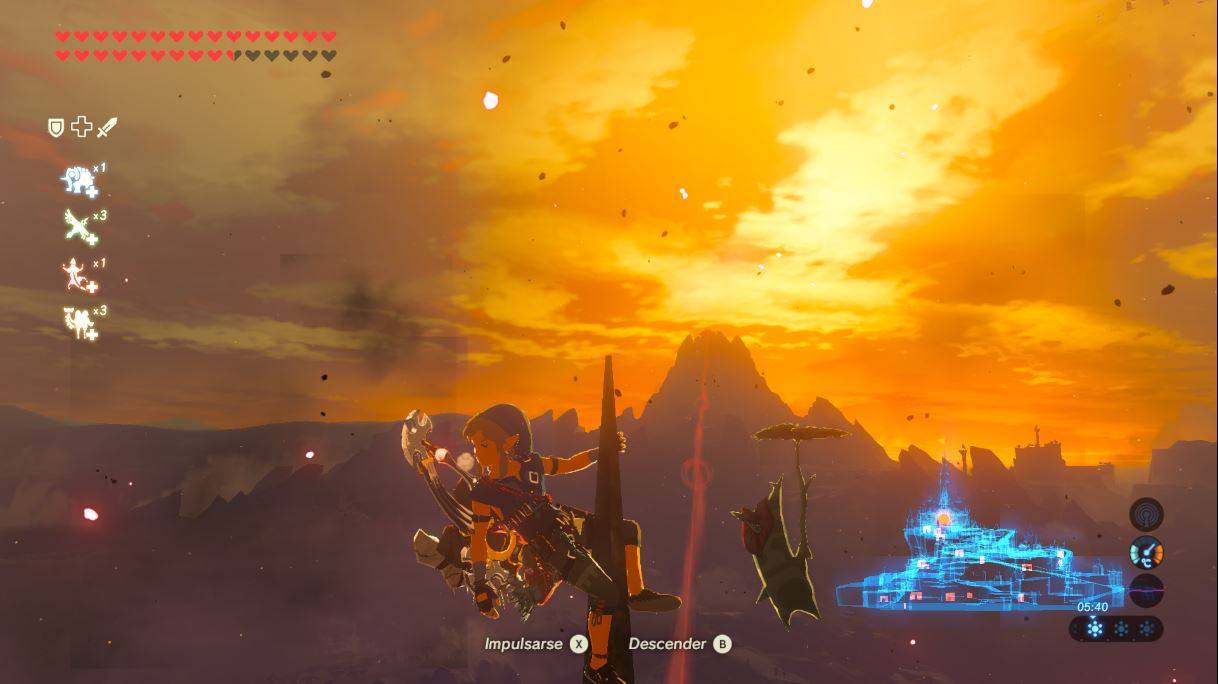 After seven long months of playing whenever adult life allowed me, I managed to find the last little korok hidden on the top of the hyrule Casttle. I was READY to find out what would I get for completing the long exhausting task. That was ... the BADDEST JOKE EVER!! the message even says it is a "seed that smells weird" for real? you gave me Korok POOP? shame on you nintendo; SHAME SHAME SHAME! (GoT reference).

I just know that I NEED this image on a T-shirt. 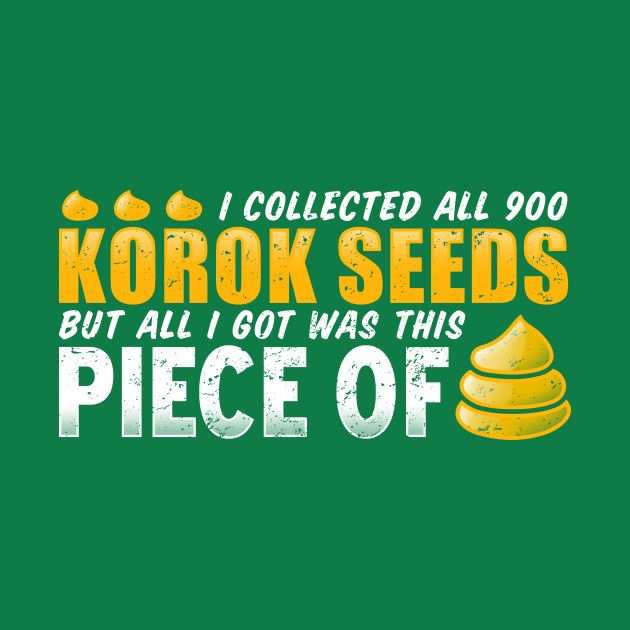 When I got a playstation one it only came with a demo game, Tekken 3. It only had a couple players and one of them was Xiaoyu. This little japanese school girl was sooo weak, but I have always loved to take on weak fighting characters and prove how strong they can be!

So, having few options, I trained with Xiaoyu for months till I got the complete version of the game. Time after, my brothers and I started a little home business like a Videogame room and renting some videogames time to neighbors. Players from all the area came to our house. One particular day, a bunch of 20 something guys appeared and they wanted to play Tekken 3. They were battling and enjoying the game and some how the question of who was the strongest in the house appeared.

My older brother immediately said that among us, I was the strongest with a bragging accent and a smirk I can still remember to this day. I knew I was in trouble.

ROUND ONE. We studied each other moves. Punches and kicks here and there till the round ended with Paul winning by a bit. The tension built up, everybody in the room stopped playing other games to watch us fight... 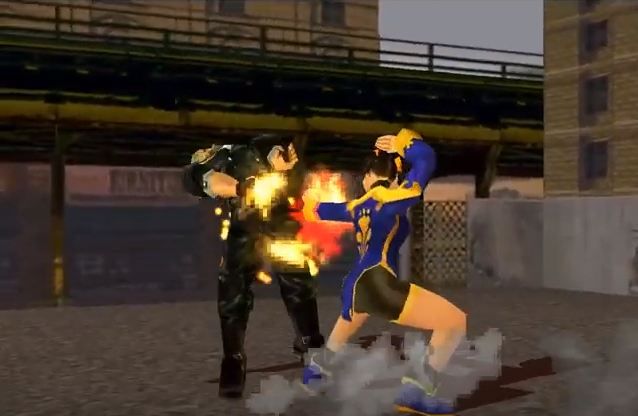 ROUND TWO. With the eye pressure I started making combos. Xiaoyu flies in the air, gives kicks, palms and I finished with a charged move, I won! my contender' friends started mocking him on how that little guy and his weakling rubbish usseless character won him one round. I got cocky.

FINAL ROUND The decisive moment came. I was preparing another combo to surprise him. The guy just remained silent and we started fighting. It was even till he read one of my moves, and what came after was a rain of charged punches that sent me flying so far the screen wasn't long enough!! everybody screamed in the room. My contender only made a smirk while his friends were praising him. 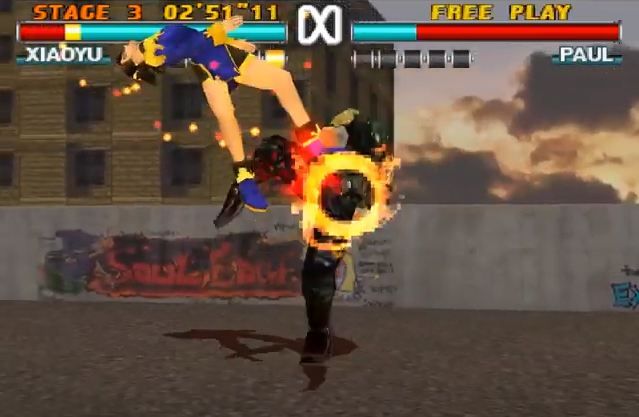 And as for me? oh please Earth sallow me now! shame on me, shame on my family, shame on my cow. That is where my bragging brother got me...

ELUNE WHAT? yes, That is a Mobile Game This is more unfamiliar for everybody. In 2015, I downloaded a game named Elune Saga. You trained heros and equipped them cards to fight RPG style in a world of fantasy and adventures. I played this with one of my best friend, and we enjoyed the game pretty much. We even started a guild of our own and Farmed the H*LL out the game for that. After months and months, the raids finally started. We were so exited and later we realized those battle were too much for such a small, free-play owners guild like ours. Just a couple weeks after that, we received a message...

"The servers will be shut down on sunday."

Is this really happening? we couldn't believe that all of a sudden the game was going to be off for good! -After the news, we researched a bit and found out that Gamevil company and his creator said the game caused too much addiction and they didn't intended to cause that... yeah right. I will NEVER play a GAMEVIL game AGAIN!

This basically felt like Netflix cancelling a show season, but with videogames. To this day @josecarrerag still mocks me for playing under-downloaded games with no players' support from the playstore...

There you go, Three shamefull, angry, horrible moments of my gaming life. I hope you smiled a bit reading this (if you get this far lol). Shoot something at the comments! throw the knives! I am ready.

@gaeljosser
Images taken by me from the games or obtained through public domains. Some were edited for cover purposes with Photoshop.
Image sources/adresses
1 2 3 4 5 6 7 8 9 10 11