Got another rare mic in today's pack and I finally got down to opening a pack while still having a lucky clover on hand. As you can see, it didn't grant an epic card so that theory is debunked. The rare Mic is nice though and will help with my music lessons a little bit more. I think it is like 100 skill now. Such a big difference from when it was in the low double digits.

Rankings show no change but I think it will be a while till I move up into the top 400 and also there is definitely more competition higher up. There's probably some strategizing and investing to be done in unique cards. 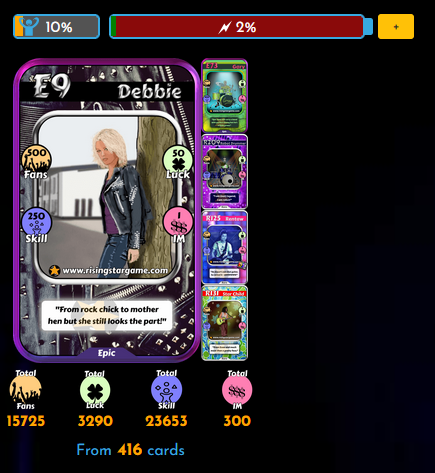 Card totals now at 416 which is climbing up nicely although I wonder if I should speed it up by looking for cards cheaper than 3000 starbits. Some of the skill cards for example.