Based on a dystopian sci-fi trilogy by Patrick Ness.

Todd Hewitt lives on the distant planet of New World-a new hope for humanity until struck by "The Noise," a virus which inflicts immersive visions of ones' every thought. The cacophony drives many mad until Todd is forced to leave his home and everyone he loves. He makes a hidden, silent discovery: there is a girl named Viola, who may be the key to unlocking New World's many-layered secrets. Together, the two unlikely companions are forced on a white-knuckle adventure into an unexplored planet - trying to escape and hide in an environment where all thoughts are heard, all movements are seen -as they both discover the truth about the lives they left behind and the spectacular world they've learned to call home. 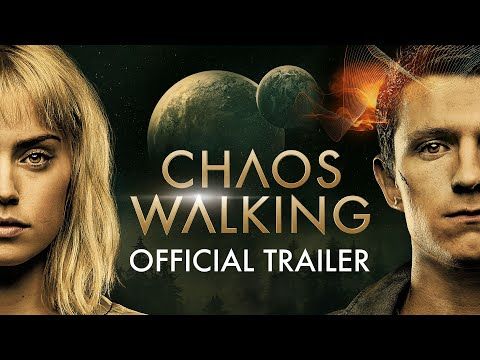 I might as well pick a book or two to be prepared. Or not? What is the lesser evil? To read a book and be disappointed by the movie? Or to see the movie first and wonder what they could have done better after reading the book. After all, the book is the canon! At least in my eyes.

Ps: there are aliens involved.

Ps2: the @pinmapple pin is set to the north pole, just for the fun of it :)