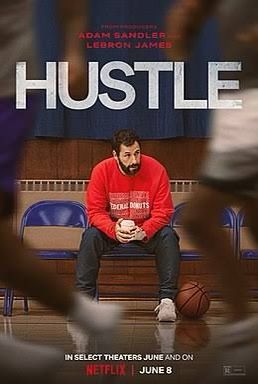 Source
When I think of a movie that projects “Hardwork” my mind immediately remember the movie “Hustle” although it’s not my favourite movie but it is my go-to movie when I’m low in spirit and need some motivation. 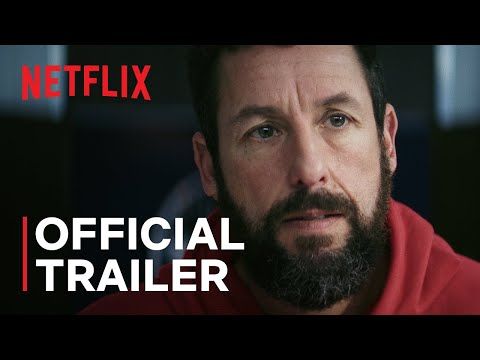 What I love the most about the movie is that it portrays the importance of hard work. Bo Cruz was a talented street basketball player in Mexico but being talented alone didn’t take him anywhere close to his dreams (NBA superstar) not until a basketball scout who I’ll also describe as Bo Cruz coach and mentor (Stanley Sugerman) discovered him then helped him nurture his talent through persistent training, hard work, sacrifice and dedication which eventually turned him to a NBA superstar.

The movie “Hustle” has been of good influence to me especially when I’m going through pains and hard times related to my work/ hustle, it keeps reminding me that “no pain no gain” and with the right efforts, training and a good mentor, I can achieve my dreams.

Every bit of the movie is so interesting that you won’t want to skip a part and it becomes more interesting if you’re a basketball lover. The part I found more interesting was when Bo Cruz went face to face with Kermit Wilts and also lost to Kermite Wilts due to oppression from Kermit Wilts which got to Bo Cruz and almost cost him his chance at the NBA because he couldn’t control his anger due to Kermit Wilt trash talks.

The scene that keeps popping into my mind was when Bo Cruz finally made it up the hill during his training session faster than the time his coach (Stanley Sugarman) has set after failing countless times, he was also faster than a bicycle rider who tried to go faster than him, it’s a scene to behold.