What a place - Got the Urbex virus

What to do on a Saturday in Belgium with nice weather and some people who don't want to stay at home? Sure, look around for some #LostPlaces or Urban Explorer activities. All pics are from myself in not mentioned with other sources

Tuberculosis was a major problem in the 19th and 20th centuries. The Sanatorium du Basil was one of many facilities created at that time to contain the disease and cure the patients. The sanatorium was built on the initiative of the director, the bacteriological institute and was completed after only three years. Sandstone, wood and concrete - a rock solid sanatorium. Tuberculosis was a great burden for the population at that time. In Germany in 1880 every second death, of a 15-40 year old, was due to this disease. In this sanatorium there was fresh air, good food and a lot of warmth. Since the beginning of the 20th century, thanks to medical progress, tuberculosis can be treated with drugs. So TB clinics are no longer needed, or at least not to the extent they were then.
In this sanatorium there were various subsequent uses, currently the entire building complex is empty.

A view from the past

There is a great post at scholzdigital.de with many lovely pictures from this place with better conditions. With most of the windows and just a few years ago

Have a flight around What a great video from elBendito

You may read at this smart Urbex post why to keep a secret.

There are true Urban Explorers, and then there are mindless vandals.

Sadly, at this place the vandals spend their time at this great place and you might imagine how beautiful this looked before the idiots stopped by. What would be the Job of this knobs? Whenever you visit such a building be careful where you step. Over night at the hospital

Some Urban Explorations spend a night in the massive abandoned Sanatorium du Basil. Enjoy the cool video from this people Made by Broken Window Theory

There was a group with us at the building and they where climbing all around. 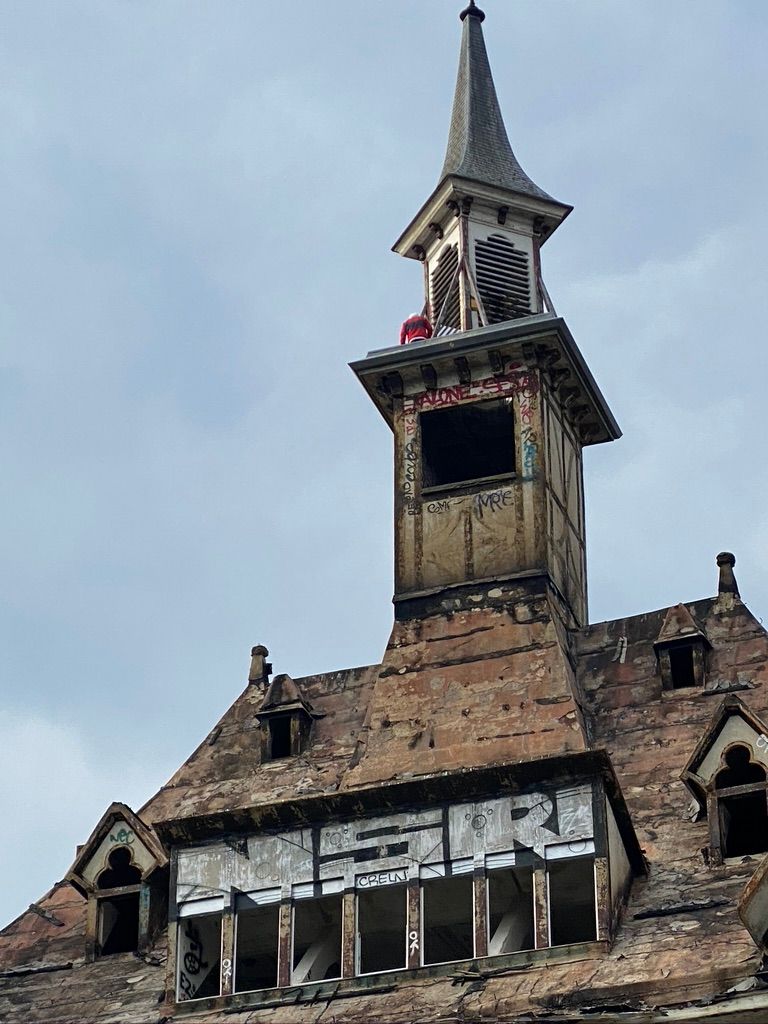 Even at the highest points

I would never ever be so stupid to try this. Sad to see how much is destroyed