one small step for citizen science, one giant leap for arachnids

A new token is being made for the Arachnids Community! A token that will be used to encourage the posting of quality arachnid content on the HIVE blockchain. This post will explain it a little and the goals being aimed for.

If you're new to the Arachnids Community, have a look at the Introduction Post, where what we are and do is explained.

The token has been created on Tuesday the 29th of March, 2022 with the name "Arachne" and the symbol of "ARCH". But it still needs staking and delegation enabled on it, for which I'm in the process of saving up to purchase. Staking requires a significant fee for enabling the feature, as does delegating. So these features and future plans will take a while to achieve.

The mission of the Arachnids Community remains the furthering of citizen science arachnology on the blockchain; immutable and free. Creating a token for the community helps accomplish this by providing incentives for quality content while fostering an understanding and appreciation for arachnids where previously there was ignorance and fear.

As a result, blockchain citizen science allows for the cataloguing and surveying of arachnids within localised areas around the world without the expense and politics of actively travelling to those places to research the biodiversity. This, in turn, makes accessing information about localised biodiversity easier for arachnologists, both amateur and professional. For this, again, the token creates an incentive and rewards people for participation.

Arachne is the name of a Greek mythological figure, after whom the class "arachnida" was also named. She was a human who weaved perfect tapestries, and had an ego that led to her challenging the goddess Athena to a weaving contest which she won. Athena, with her own ego, was not happy about losing and attacked Arachne who then hung herself. Arachne was turned into a spider at her death. The word "arachne" is Ancient Greek for "spider" and the Latin of it is "araneus" after which the order of spiders is named, as well as a genus of orb-weavers.

The ARCH token was created on this account (@hive-100750) with a maximum supply of 100 000 tokens. This number was chosen to represent the rounded-down number of all described species of arachnids in the world as of March 2022.

The decimal point of ARCH is set at 4, representing the over 40 000 described species of spiders in the world as of March 2022, the largest order of arachnids.

And the token's icon is the Arachnids Community logo: 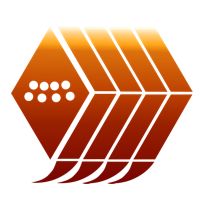 None of the tokens have been issued yet. The tokens will be issued on the ides of March, 2023 (15th March 2023). A token give-away will be held between the 12th and 14th of March 2023 to celebrate World Spider Day and Save a Spider Day and the official launch of the ARCH token. Participants will be required to make a quality post showing and describing how they saved a spider. You have about a year to save spiders, but the posts will only count if they're posted between the 12th and 14th of March 2023. More details on this give-away will be posted at the anniversary of the Arachnids Community on the 7th March 2023. (Take lots of photos and write down the experience)

Additionally, everyone who has posted quality arachnid content in the Arachnids Community will receive an airdrop of the ARCH token.

Due to the small, limited supply of ARCH, there will be no token burning. However, 40 000 ARCH (representing the described species of spiders) will remain staked to this account for curation purposes. In effect, those tokens will be removed from circulating supply. This leaves 60 000 tokens available for circulation.

Two of the goals I am unaware of the fees required for, but there will be an update about it as we reach that far. These goals are long-term and may take several years to accomplish. Any assistance towards the funding will be extremely appreciated, but only if you wish to. The goals will be met, one way or another.

However, if this is a project you think is worth investing in, there will be rewards in the form of token issues to investors. Again, this isn't a must to receive tokens, this is just to say thank you if you are able to help out.

Investing can be through the donation of tokens or through delegation of HP to this account to increase curation power. Reblogging and chatting about this will also help tremendously toward growing the community and the token.

Everyone who has posted quality arachnid content in the Arachnids Community from its inception will receive an airdrop of ARCH. An announcement will be made in our Discord server when the time comes for the airdrop.

Each eligible account will receive a fixed amount of ARCH, which will be decided upon later, equally. So the amount of posts made in the community will not affect your airdrop share. Those who invested in the funding of the goals set above will receive an additional amount, and this will be in percentages based on the amount invested.

While the blockchain is transparent, many don't know how to find all the data and read and understand the transactions. So in the interest of making the ARCH token more transparent, there will be reports posted on this account every quarter (4 months). The reports will look at:

These reports are intended to help strengthen confidence in the token which, in turn, will strengthen the curation power of the community.

The funding for the ARCH token as well as the Arachnids Community is primarily planned around my (@anikekirsten) HIVE income which is invested here. Should you wish to contribute to the project, you’re more than welcome to donate or delegate to the Arachnids account (@hive-100750).

Funding currently consists of an HP delegation and the transfer of tokens to the Arachnids account. In total, the investment thus far is:

Thank you for supporting citizen science and arachnology on the blockchain, and especially for your support in the Arachnids Community. More detailed posts will follow in the near future, starting with an Arachnid of the Month compilation for the first quarter of the Arachnids Community's existence on HIVE which is planned to be published on the 7th May, 2022.