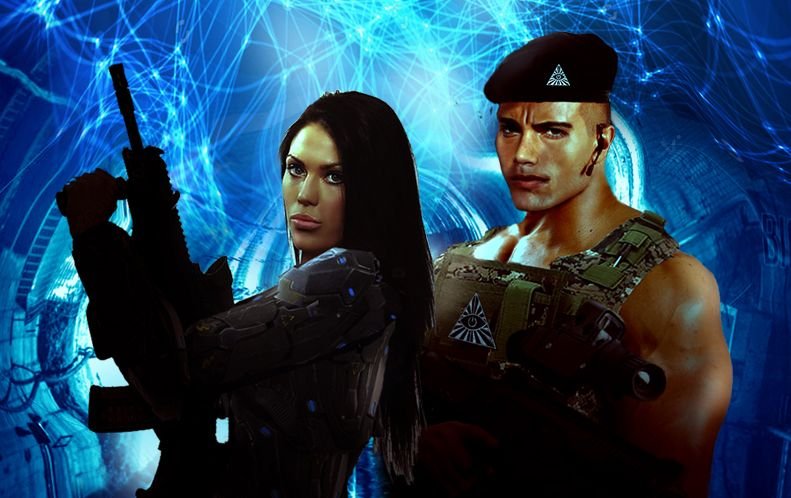 He's in his early 40's, chiseled facial features, football player build, he reminds me of Fred, "The Hammer" Williamson in his prime. He was a football star and actor from the 70's and 80's. Mr. Jackson is sitting in a high back leather chair behind a hand-carved executive desk. Scar Face would envy him. But he certainly looks like the man who has it all, minus the pile of cocaine on his desk of course.

A stunning blond secretary walks in to his office with a cup of coffee and serves it to him, “Here you are Mr. Jackson, I just made it – freshly brewed, just the way you like it.”

“Thank you Natasha,” as she turns away, Mr. Jackson pats her curvy behind. Oh no, he didn’t just do that in front of me? She quickly turns around as if she were going to give him a piece of her mind, but instead she forces a smile and gracefully leaves. I would have decked him, but that’s just me.

Mr. Jackson has a big grin on his face, “Damn, the things a Billionaire can get away with.”
You wouldn’t get away with that crap with me jerk, billionaire or not. And at this point, I should just walk out of here, but I'm on a mission, and I can't let this man get to me. Colonel Tarver did warn me, and he wasn’t kidding. This guy has got to be the ultimate womanizer.

Mr. Jackson takes my hand and places a kiss on it. Oh my God, I just hate that when they do that, slobbering all over my hand. Thought for sure I was going to puke for sure!

"So very pleased to meet you Lieutenant Vickers. "

Mr, Jackson then looks up as if he where going to talk to God almighty. “Mother, Flat Earth model please,” A holographic 3D model of a domed flat Earth appears right over his desk. Mr. Jackson goes on to explain, “As you already know, this is what we actually live in, absolutely fascinating isn’t it?”

“I’m still trying to wrap my head around it.” I reply. Looking at this incredible detailed model I still can’t believe this undeniable truth was stolen from us. This is the biggest secret ever kept. I think back to when Dad broke the news to me, I was absolutely floored. Dad’s ultra top secret clearance gave him access to the most astounding truths, and he had to carry this secret with him for many years before he could ever tell me. Once he got me top secret clearance like his when I joined his support team, he was free to finally drop this monstrous bomb on me. He was deeply torn between telling me or not, because he knew once you’ve learned the truth, life would never be the same, and he was right.

Mr. Jackson continues, “What a work of sheer beauty, a completely enclosed electromagnetic field ecosystem. Overhead, an electromagnetic force field shaped as a dome supporting a hologram projection to give us the stars and the universe so we won’t feel alone, just like you would a babies nursery. Surrounding us, a formidable massive wall of ice, what we call Antarctica, the further you enter it, the colder it gets, a natural barrier to prevent us from reaching the edge. A Sun and Moon roughly the same size, 30 miles in diameter, roughly over 3,000 miles above the surface and locked into a rotating electromagnetic track. Both artificial, the Sun to heat and a Moon to cool, both key to life under the dome. Some of the biggest mysteries surround this incredible fact are: Why and how was it built? What is outside the dome? Are there more flat worlds beyond the dome? And most importantly who built it?"

“I believe God created it, to protect us, from the ultimate evil, Lucifer himself.” I think I smacked him upside the head with that one.

Mr. Jackson tries to regain some footing, “Ah yes, God, the greatest foe to science itself. Two opposing beliefs in a locked bitter conflict. Lieutenant I’m a scientist, as such, my job is to discover and prove what actually exist. And we do this with equations that prove and give a foundation to a theory.”

I have to jump in at this guy, “A theory, isn’t that just a belief in something not tangible. Equations are just numbers, they prove nothing. My belief in God is founded in the Holy Bible, the word of God, not an idea that pops out of someone’s head. And I believe flat Earth is the greatest proof of all of God’s existence. There is no argument for anything else. But unfortunately most of the regular folk, don’t know the true shape of our Earth. It has been hidden from them, separating them from God.”

Mr. Jackson rotates the model with his hand, “Ah yes, a secret so big, no one would ever believe it, and a ton of resources are spent every day to keep it that way. I’m sure you’re going to ask me why?”

I swear if that’s not a big evil looking grin spreading across his face, he looks like the cat that ate the canary. “My Dad told me a power Cabal runs the world, that they want to keep God from us.”

“Yes they do, but they have to, they know you can’t control those that believe in something higher than themselves. In their attempt to keep this secret they have dug a hole so deep, they can never ever have this information become fact. A new momentum of truth seekers, much like yourself, have emerged, finding the truth has become rather fashionable. The populous are no longer believing their governments or government agencies like NASA. More and more of the general public are waking up and are asking questions and demanding answers. The gigantic house of cards held up by this ultimate glaring secret is beginning to crumble. In order to defeat your enemy you must sometimes play both sides. By joining the Cabal it has put me in right place at the most critical point in history. A chance to collapse this evil plan to turn everything dark.”

“If you’re in bed with the devil, how can you be trusted?” I said watching his body language.

“The Cabal are anti-human, and plan to eventually render man extinct. I don't share their goal. With new players in the game with far more influence and power, I subsequently joined up with them.”

“As a matter a fact you do. You will learn who that is shortly. After we killed General Blake, who was impersonated by a Reptilian infiltrator. We arrested and locked up his Cabal control staff. Colonel Tarver took command of the military end in this underground base.”

“Is that why the Cabal is attacking the base?” I ask.

"Yes, we've repealed several attacks. But I know they will never stop. They're whole plan rides on what happens here. The main reason they want to regain the base is the Reality Wave technology housed here. With it, they can carry out their plan of infecting other realities with dark evil."