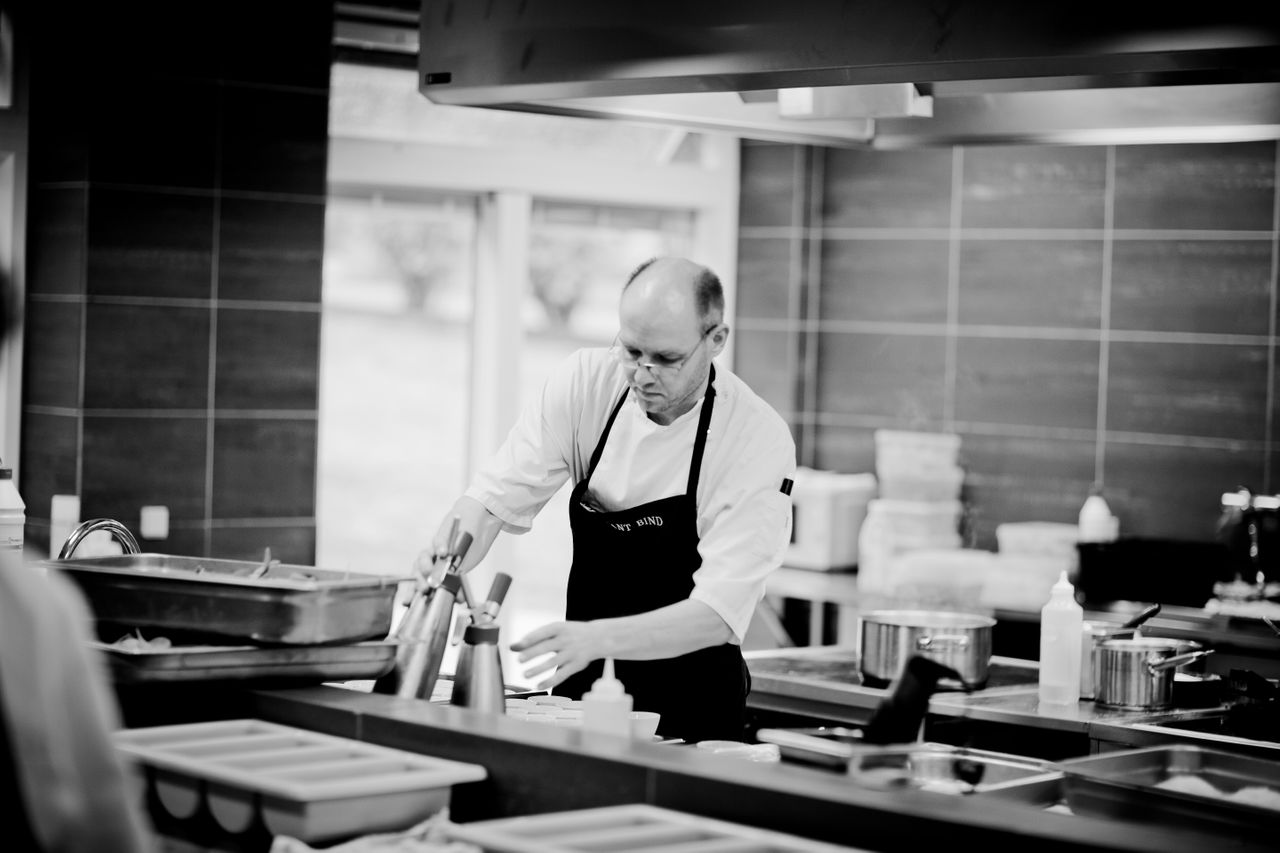 One month - that's how much more I'm gonna stay in Germany before I can finally get home and be done with this job for at least 5 months.

I can't say I'm particularly happy, nor particularly sad. I don't hate the job I have. It actually has quite a few things that I like. I don't love it either - I don't see myself doing this for the rest of my life, at least not now.

But while I am grateful for the possibility of working here and making way more money than I would've made anywhere in my country, and while I'm happy to have worked in an environment that was completely unfamiliar to me before (I never imagined I will ever work in a kitchen in my life), thus learning a huge amount of things that I didn't even think I'll ever try, there is one thing in particular that I learned to do while at this job, that I never did before, at least not like this.

In short, I am talking about constantly focusing on efficiency and doing things faster and better.

Now, if you ever watched a movie featuring chefs and kitchen workers, or if you worked in a kitchen yourself, you maybe know that speed is just as important as quality. Doing things fast is quite vital. People don't want to wait too much for their food. If you're slow, the food might get cold before it even reaches the client. But this concept is even more important before the serving even starts - it is a valuable thing to have in mind in the morning, when you get to the restaurant and you have to get everything ready for service.

I do a certain number of tasks every day that have to be done, and I'm always happy to do more if I can. I start my days peeling mostly two, sometimes three buckets of potatoes, sometimes even four or five sacks of carrots after that, then some boiled and cooled potatoes that have to be made into something else. After that I usually take care of my main job, which is preparing fish. Once everything's done, I usually go around trying to help other people, putting carrots or cucumber for salads into buckets, cutting things, carrying boxes around, etc.

I get to work at 9:30 every day, and after eating, I start working at around 9:40 - 9:41, twenty minutes before my shift actually starts. I have to be done with all the things I mentioned above until 12 PM, when service starts. That's around 2 hours and 20 minutes of constant work.

That's not a lot of time for all the things that need to be done. Of course, everyone is working and doing their tasks, so everything is ready when clients start to come in (most of the time), but the idea is that the faster you are at completing your tasks, the more you get to do, which makes everyone's job (including yours) easier.

The thing that I learned after around two months of work is that focusing on speed is not enough. You can try your best to be as fast as you can and you'll still feel like you're not quite getting as much as you want done. Even when you move as fast as you can, and you get sweaty and tired, you might still be unhappy with your progress, if you actually care about your performance.

What helped me become more and more productive and faster as time went by was a constant focus on efficiency, meaning trying to figure out all the time what is the best, and fastest way to do a task, the way that requires the least amount of effort and helps me do the thing the fastest.

Let's take peeling potatoes as an example. The way it goes is quite simple - I get to the place where all the sacks with potatoes are in the morning after I eat, I fill a bucket, I take another empty one, then I put some water into the previously empty bucket until it's half full, and then I put water into the bucket of potatoes.

After that I would usually begin peeling. The water in the bucket with potatoes is there so I can put the freshly peeled potatoes in it once or twice to get all the dirt off of them so I can see if there are tiny spots of skin that I missed. Then I put the potato into the bucket with only water in it.

Now, that's how it normally goes. Then it's all up to how quickly I can peel the potatoes that determines how quickly I finish. However, around a month or so ago I discovered, through random trial, that if I put all the potatoes that I need to peel into a sink first, and I "shoot" water at them with our water hose, and then I move the potatoes quickly in the sink for around a minute (the entire process takes me like 2-3 minutes in total), the potatoes will be really clean. This helps me get rid of an entire step during the peeling process - because there's no dirt on the potatoes any more, I don't have to constantly put them in water to get the dirt off of them to see if I missed some skin. I just peel and, with no dirt on, I immediately see whether I missed a spot or not.

Now, you might think that this does not make a huge difference, but doing this, combined with getting faster at peeling with time, reduced my time spent peeling potatoes from 30+ minutes to around 15 - 20 minutes depending on the potatoes and how many black spots they have.

Another little thing I recently started doing was actively trying to use both of my hands for separate tasks instead of focusing mainly on my dominant hand (I'm right handed). It is more uncomfortable to do things with my left hand that I would normally not do (take plates and put them on the right way and spot in the washing machine while grabbing another plate with my right hand and throwing the leftovers from the clients, move fish around into the box with flour that I use to prepare it using my left hand as often as my right, which again, is uncomfortable, but helps me prepare fish faster, and so on), but it's ultimately worth it because I get an extra speed boost in a lot of tasks that I do.

Examples can keep going, but, if it's not already boring, it will be.

The main idea is this - constantly experimenting with your work and making small adjustments, as a trial and error process, to figure out whether there's something you can do just a bit differently that can increase your speed is really worth it.

And this applies to all type of activities. If you're working on a computer, learning to type faster, using both hands on your keyboard, learning to use shortcuts, all those things can reduce your time spent working in half. If you want to do more, you can learn a bit of scripting, this way automating some of your tasks and literally get rid of some of your work while still being just as productive.

You write? You can have a way to write down all your ideas, or an entire system to get new ideas that could reduce the time you spend thinking about what you have to write.

Once again, the examples can keep going, but you get the point.

Speed is good, but if the quality of your work has to suffer because you move too fast and you overlook things, then that's not a smart strategy. Focusing on efficiency, increasing your speed by doing more, or doing things differently, or reducing the amount of work you have to do by spending a few minutes doing a different activity that you didn't do before, can help you achieve better results without tiring yourself too much and without having to spend extra hours working.