If I have to name one writer whose works have influenced me the most while growing up, only Jules Verne repeatedly comes to mind. Meticulously detailed books about adventures in imaginative lands with scientific discoveries of the 1900s, those novels and stories were classic. Even though I was reading them almost 170 years after being published, the threads of fantasy woven by the books were no less fascinating. While studying historical photos today, I came by this one photo that speaks of an adventure that eerily resembled a novel of Verns; The adventures of Captain Hatteras. 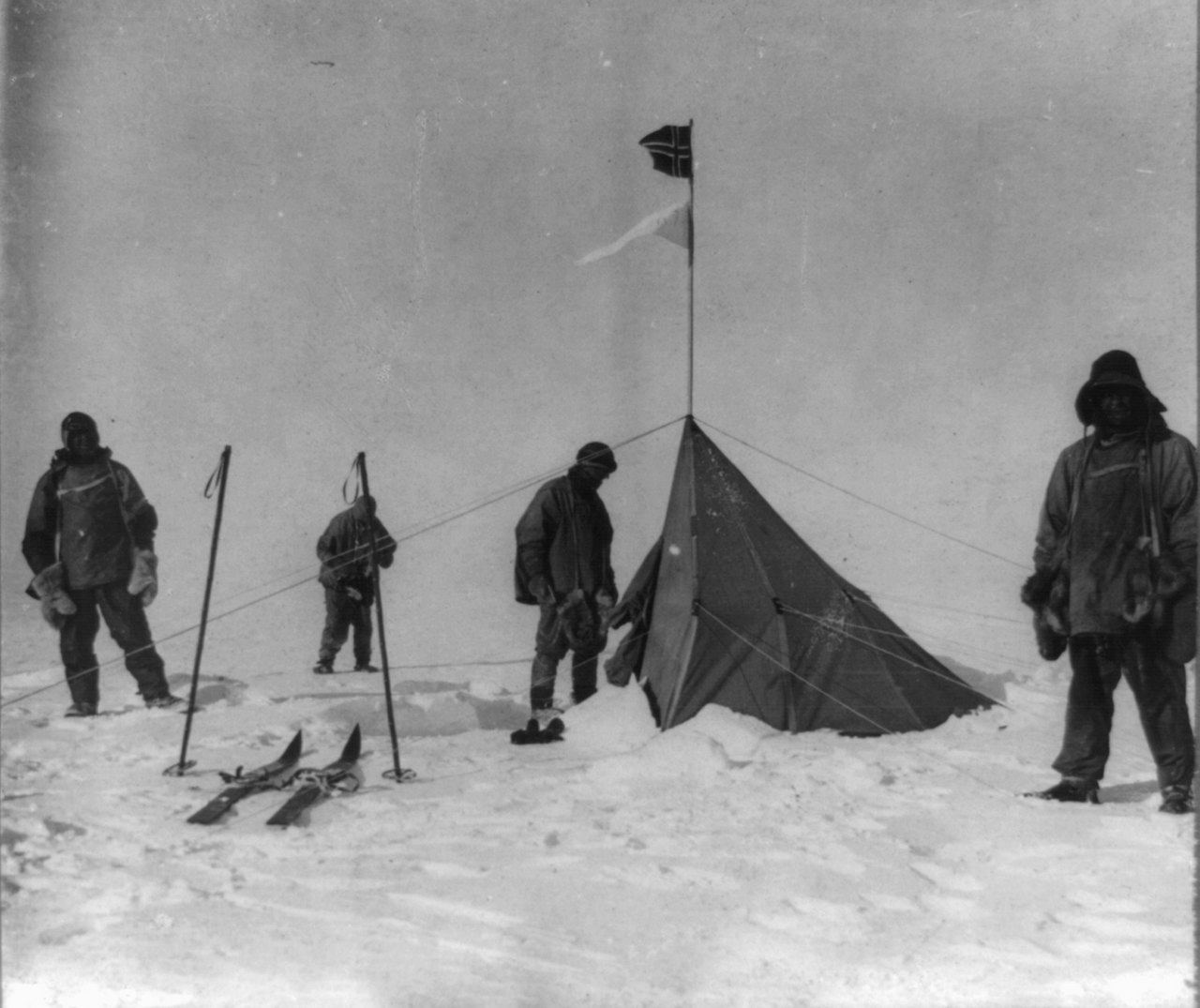 The photo you see speaks of a sad tale of misfortune. The men in it are members of a British arctic expedition named Terra nova. They are among the first adventurers who were able to reach the south pole. And They would have even been first to set foot on the Pole except for Roald Amundsen they could not. He beat them by 34 days. Days that had saved Amundsen's and his team's lives, but unfortunately, the members of the Terra Nova team were not so lucky.

The 1900s were the time of great voyages. Expeditions to explore the Poles, amazon, and basically any place that hinted at adventure and could potentially bring honor were signed off left and right. Among those, one was the Terra Nova Expedition, led by captain falcon Scott between 1910-1913. Previously, he had led another expedition named discovery into Antarctica, but due to hostile climate and lack of resources, it was not entirely successful. The Discovery expedition had already made him a national hero, but to humans living on the edge, walking towards the unknown has a maddening rush insatiable in any other way. And thus began the Terra Nova expedition.

Scott had planned his journey very well. Before the expedition, his team had collected weather statistics for years, and so based on the data, he precisely calculated everything needed and had set up supply depots along his route accordingly. But, as the slightest error can overthrow any data sets completely, something similar happened in their expedition. In the year of 1912, weather patterns behaved unpredictably. In the daytime, the temperature was supposed to be no less than negative ten degrees Fahrenheit, but at the time of their return, the weather changed, and the average temperature dropped to negative forty. The first half of the journey towards the pole was as planned. But when they reached their destination, a sore sight was waiting for them. Roal Amundsen had already reached the south pole and left the tent you can see in the image. That is a Norwegian flag you see on top of the tent. The British team had walked 900 kilometers only to lose to the Nordics.

Their return from the pole was harder than they had imagined. As there were no skilled dog sled riders, contrary to the Norwegian team, who had almost reached their starting point by the time the Terra nova team had started to return, they had to depend on man-hauling their ration, which had slowed them down by a magnitude. And on top of that, one of their team members, Oates's left foot, was frostbitten, which had slowed them more. Eventually, Oates had understood that he couldn't survive, and if he stayed with the team, they'd die too because of him. So one night, he left the tent and never came back. A sacrifice turned meaningless as the rest, including Scott, also had perished in the blizzard only 11 miles away from the one-tonne depot. A place which, if they could have reached, would have saved their lives. They had waited for two days there, but the blizzard outside didn't allow them to leave. As if the pole had intended this, intended Scott to be in its reign for eternity. 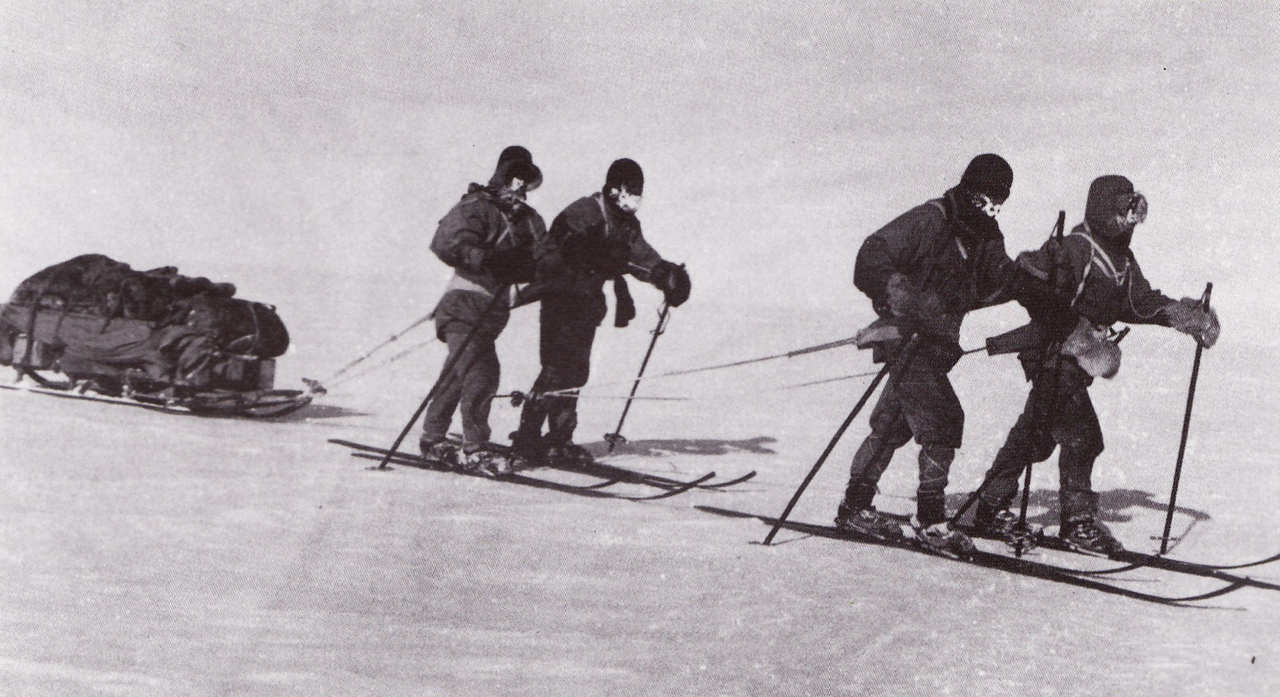 The Team returning from the Pole. The thousands of photos of the expedition later recovered shows it to be very well documented.

In the book written by Jules Verne almost fifty years prior to this, in the first edition, captain Hatteras too died similarly. As if Verne was foreshadowing the fate of the Terra Nova team in the book. I guess that is the ultimate destination for explorers. To die in their journey towards the unknown. No greater honor left to be achieved, perhaps. 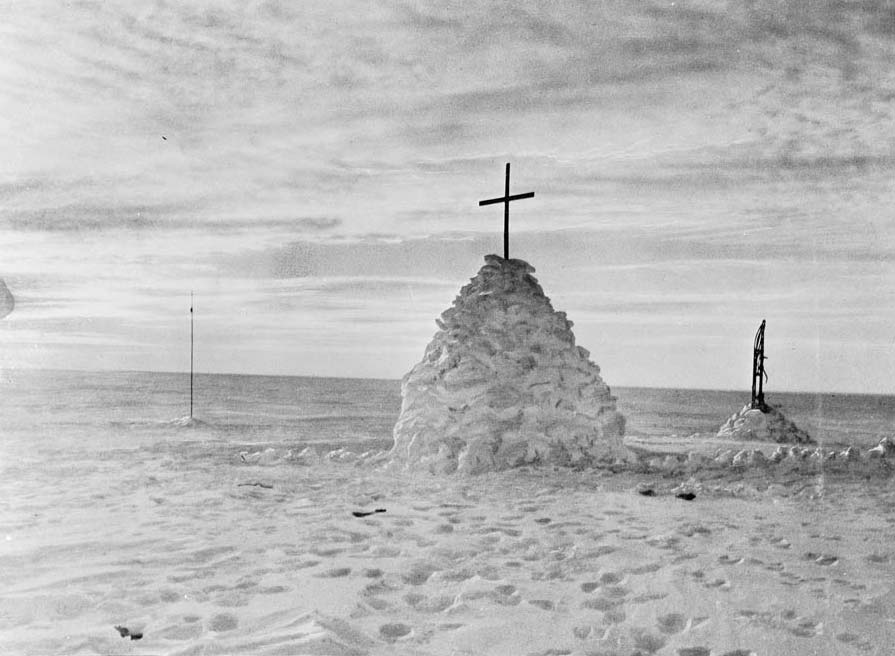