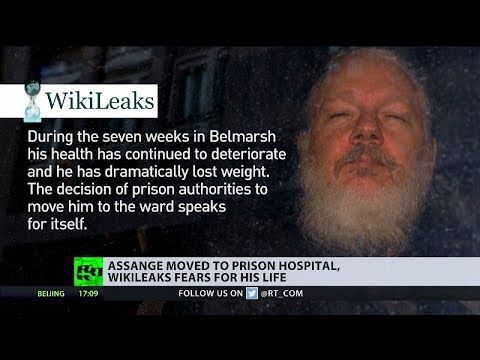 While there were speculations if rogue UK regime will extradite Julian Assange to the Empire because he revealed the truth about its monstrous nature, Empire has another simple plan… They are going to kill him!

This morning, Julian Assange, WikiLeaks founder and editor in chief, has been moved to the hospital wing of the Belmarsh prison in the UK. That move instantly prompted grave concerns about his health pending the hearing on his extradition to the US, and Wikileaks issued a statement you can see here: 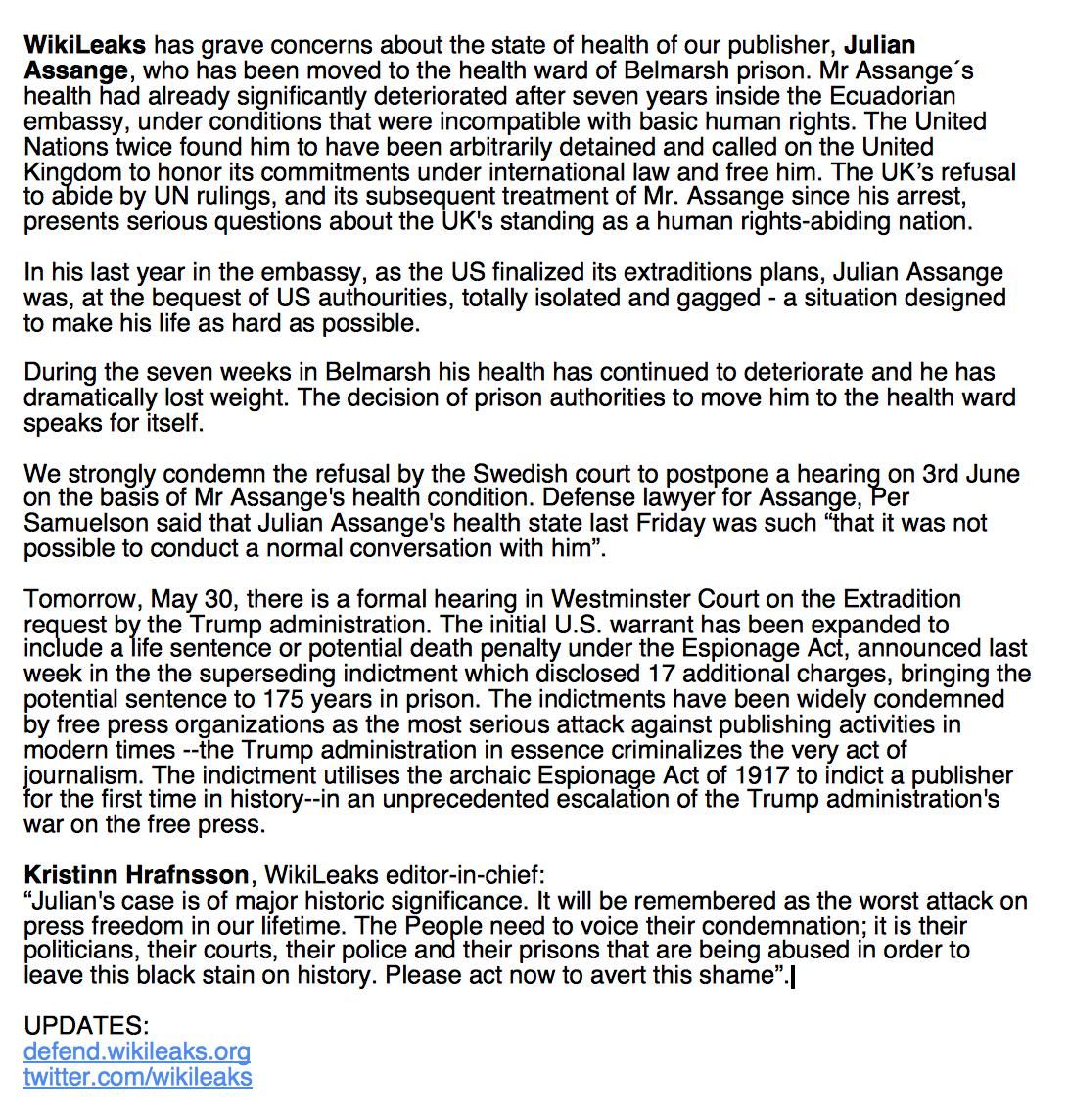 There is a precedent to this announced murder. Former Serbian President Slobodan Milošević was demonized and jailed in the Imperial Tribunal at Hague on the series of false accusations for the atrocities that Empire did itself. After he managed to sucessfully refute everything, Empire has been left without a choice but to murder him with improper medical care. Now the same thing is prepared to Julian Assange. There is no court that could convict the man for telling the truth. The Empire knows that, and it won’t risk the Trial. Therefore, they are not going to allow him any defense, as you can see from his handwritten letter from Belmarsh prison

If they kill him, only their false accussations will be left in the corporate media texts and in their version of history. But that was probably what Pontius Pilate was hoping some 2000 years ago…

This is the last moment to save Julian Assange’s life!

Check out ABRA and easily invest in 28 cryptocurrencies or BIT10, an index of the top cryptos. Use this link to sign up and get $25 in free bitcoin after your first Bank/Amex deposit, or 1.5% cash back when you exchange cryptos
wikileaksjulianassangeinformationwarunity4jprotectjulian
lighteye74
via steemit
$ 1.63
151
H2
H3
H4
3 columns
2 columns
1 column
3 Comments