While browsing my old CD's I found some scanned analog photos of my first plants. Totally random seeds and a newbie passion. What else do we need to start a new journey and a relationship for life!

Note: The photos below are not retouched, edited but originally scanned from paper.
It was really hard to focus your lenses on a vintage analog camera, with no preview screen :) 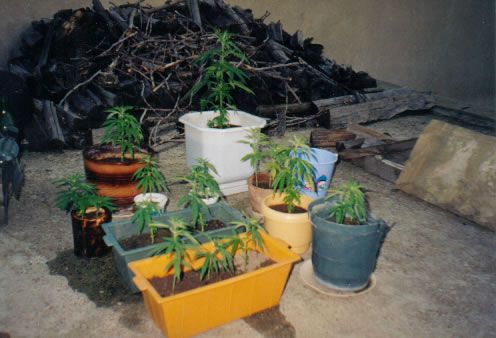 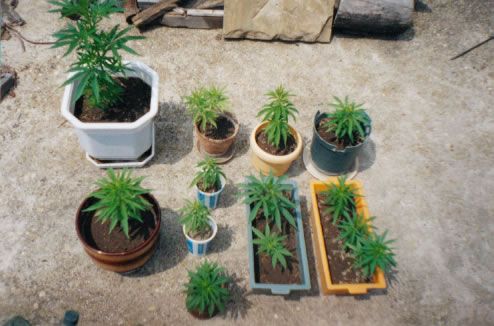 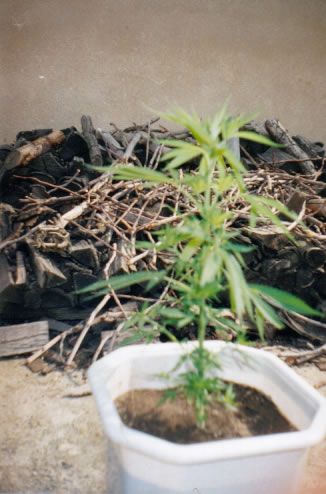 I was just back from studying in Germany and actually my first plant was seeded there... in a small pot, just as experiment. It never saw a full season, because I needed to rent a new home. Also my neighbor that shared the space with me was against it and that was killing the reason to hope for something. I just made some tea with it, when still in vegetation :)
Coming back to this post's topic I felt refreshed to be back at my birth house and having a precious backyard. So I germinated some seeds and let the magic happen.
My Grandmother was regularly asking me if "the palms" need to be watered :))) and I always said: "yeah, please take care of them when I'm not here!". Granny passed away 3 years after that but we still remember a funny story with my brother, when she visited her personal doctor, bringing a bag of roaches (finished joints) and asked him: "What are my grandchildren smoking?"...
...and his answer was: "Those are rich men's cigarettes and they're quite expensive, like 1 LEV for a cig" :))) the price was really that low... like 0.5 euro for a joint :) We all praise that sweet times, when we could buy 50 grams of good weed for under 15 euro :) Sometimes even very high quality stuff ;)

I started to write this post after finding the pictures, really about telling the stories by the time...
We were young, brave and free :)

So were some of my "friends" and we were having a lot of homies around as our doors were always open and many people came to visit our everyday parties.
As I'm saying WE, I mean me & my younger brother. We were both beginner DJ's, but evolved quite quickly in mixing techno music, as we've been blessed by our father with a lot of vintage audio equipment, records etc. He was the first local DJ from town :) also well known persona.

So one night some of our so called friends, decided to enter the backyard somehow through the neighbors and cut the tops of all plants. I was shocked. At first even paranoid that my neighbor is doing shit.
Long story short, those friends came back after several nights to chop all my plants. They even made some liquid hash from it and offered it to us to try, saying it is from very good plants :)
It was not funny, when we understood who the guys were... and not so long after that my brother smashed some faces :)
To be honest I don't like such stories, but surely nobody does.
Lesson was important and we moved forward...
The next years I moved to the Capital - Sofia, having no real harvest of weed for a long time (inconvenience to grow).
Five years after that in 2006 I've had my first real harvest of two plants Papaya strain: a tasty, fruity, good looking purple, fairy tale pleasant high.

And maybe this was the first chapter of my growing experience. Just the same year I started experimenting with ethnobotanical plants and even growing some of them at home.