Creative writing: fiction, poetry, and everything in between 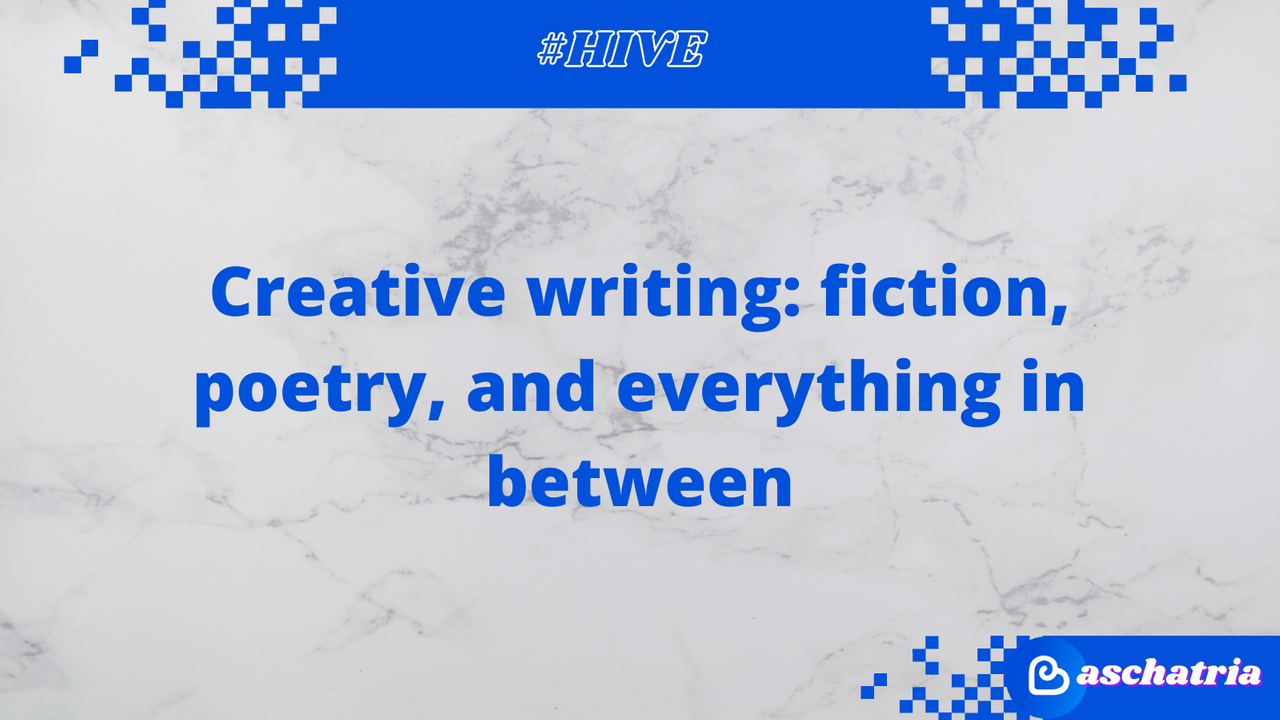 After 3 months of deliberate absence, I restarted my creative writing spree - fiction, poetry, and all of that. I like to call it - when I write randomly and my imaginary friends are arguing with me. LOL

Anyways, I am stuck with a big enough pile for the years to come, of unfinished work, chapters from various stories hanging from the HIVE blockchain like scarecrows, and a dreadfully big amount of files piled up in my storage.

Anyways, I believe that is due to my self-destruction wanna-be expectations - I guess. I expected that it just disappears overnight over a storage glitch so I can blame a higher force for the demise. Because I am so fluffed up for writing. Well, obviously.

So, today, I spit out my new stuff, sort off. It is the character's point of the view. Neither of my characters is heroes or entirely clear with themselves, and this one, in particular, has no arch even if you could bend him and break his spine. It is just a huge spiral of irregular emotions and reactions, but when it was ever clear.

To be honest, I mostly feel like a helpless observer to the events and things my characters do, and my ambivalence to elevate them into better versions of themselves is just royal. My epic failure is pretty much summed down to a total absence of a beginning and/or end, so I just let the entire stuff rot into oblivion.

It is not writer block, in fact, many of my works count thousands of words per chapter, it is just this sudden moment of realization when I stop and think what a hell I am exactly doing.

I think that many writers have that moment when they realize that they simply have to kill off the entire project just to save their own souls. Writing is a curse in a way, it is not some nice process and I can relate to the people who drop it and go grow vegetables instead.