Government laser pointed voice of god coming to a skull near you soon.

No implants required for this. Government laser pointed voice of god coming to a skull near you soon. This isn't an alien conspiracy. It's real science based on old microwave technology. 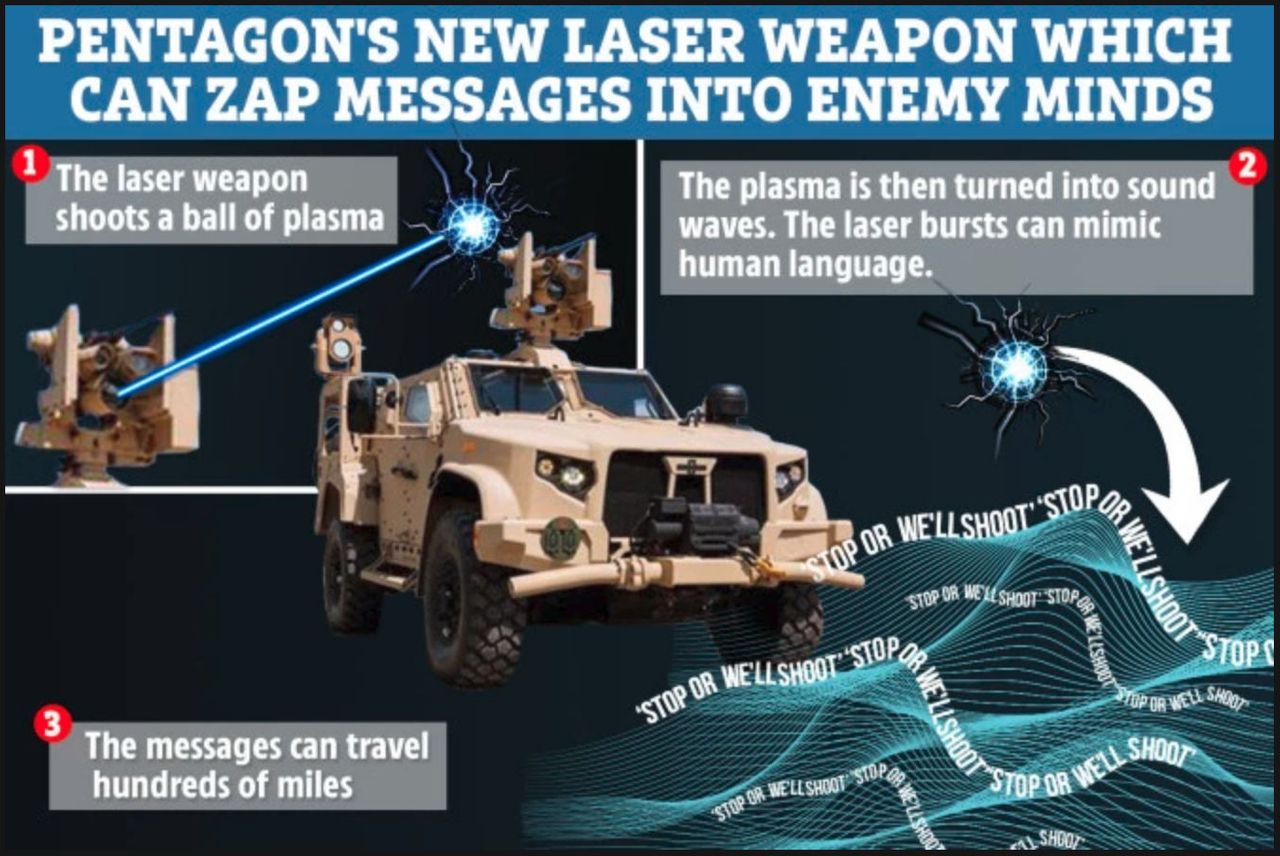 The aircraft, ship and truck-mounted devices are being developed as part of a military initiative called the Joint Non-Lethal Weapons Directorate.

The scientists plan to use a phenomenon of physics called the Laser-Induced Plasma formation to make the laser a reality.

First, they fire a powerful laser that creates a ball of plasma. Then, a second laser works to oscillate the plasma creating sound waves.

He added that the technology could be ready for battle in just five years.

A video shared to publicise the Pentagon project shows the weapon saying 'Stop or we’ll be forced to fire upon you.'

Scientists say these laser-grams will soon be able to beam hundreds of miles away.

The news will send shudders through the conspiracy theorist community who have long claimed the US government uses radio waves as part of a though-control programme.

The Pentagon has revealed it is ploughing tens of millions into developing state-of-the-art laser weapons - to ensure it doesn't lag behind Russia and China.

Army top brass have agreed to massively up their investment in directed-energy military systems, according to the US Department of Defense’s top technology adviser.

Michael Griffin, undersecretary of defense for research and engineering, said he even expects to have usable directed-energy weaponry in the hands of combat fighters in “a few years.”