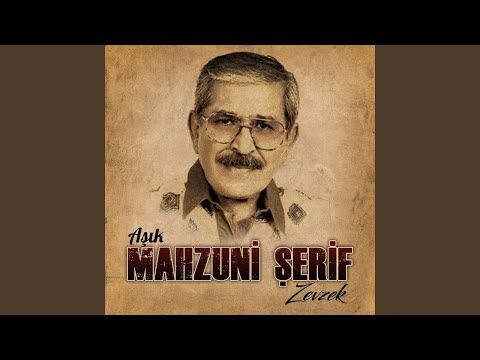 ...my mother left her in the early 2000s because of the violence my biological father used against my mother and the alcohol she used constantly. Later, we moved to Izmir again and decided to start a new life.

I had a close friend named Can in elementary school, and his mother and my mother were also friends. We used to go to them for tea in the evening. Can had a cousin, his name is Mesut. One day we met him when we went there, he was 5 years younger than my mother, so he was older for us, but he was a very nice man. He would chat, take care and play games with us. I loved him very much. (My mom liked it too)

While we were continuing our daily life, after a while, I started to see Mesut Brother in Can's house frequently. Of course I thought this was a coincidence. I would later learn that he was coming to see my mother. We got along very well and spent time together. They slowly began to get closer to my mother and I noticed that there was an occasional electrification.

My mother was a lonely woman, she was trying to be both a mother and a father to me. I was just a kid interested in school and play. One day my mother came to me and asked if she wanted to take someone into her life and if it would be okay for me. And I guessed right away, "Mesut brother?" I asked. He said yes too.

And he added, "You're more important to me, if you say no, I'll understand, but he's a really good guy." I knew he was a good man because we were having a great time with him. He would always show me and Can, play games with us.

I said to my mom, "OK, life, I want you to be with a man who will make you happy." Then they started to meet. Mesut Bro used to come to our house, then PlayStation1 was just released and I remember playing the Crash Bandicoot game together.

...years have passed and they got married.

We have always been like friends with Mesut, and we were just like your best friend at your school. He was childish and loved to have fun. He wouldn't mind anything, he would laugh at the negativity in life.

They opened a grocery store with my mother and started operating there. After school, I would go to them to help them, we would play good-bye and spend time together ... While taking a few attempts about my profession, we inevitably had to get away a little, I was trying to prepare a future for myself.

In the first years I started with Steemit, I moved to a separate house and continued to work for the software company I founded, and at the same time I was working remotely at a Cyprus based company. One day, an offer came from them and they asked me to work in their office in Istanbul. Because I was alone and thinking that this would have a positive impact on me in my industrial life, I accepted and moved to Istanbul.

When we were going back to Istanbul a week later, I saw him very tired and exhausted when we met again and I told him that he should go to the doctor. He was saying "No problem, I'm fine". (He was afraid of doctors and hospitals because he had a serious surgery at a young age). Later he said something while chatting, still ringing in my ears. "I think I'll die."

I thought it was the flu because it looked like that. I returned to Istanbul and learned that after a few days his condition had worsened. My mother forcibly took her to the hospital. In the hospital, they learned that the swelling was actually a tumor. My mom said it was nothing to worry about and that it was a benign tumor. He started to stay in the hospital and receive treatment. The next day, when the results came, we learned that he had pancreatic cancer.

I returned to Izmir at the end of a week. My mother found a doctor who was famous in the field of pancreatic treatment and was referred to her outpatient clinic. The doctor was speaking very optimistically. He said it was a benign tumor and that it would not be a problem after taking it.

I started looking at the grocery store, my mother was staying at the hospital with Mesut brother. Days later, the tumor was removed and the surgery was successful. She later came out and decided to stay with her sister as she needed to be looked after in a good environment. My mother was with him too.

One day he worsened again as his condition was improving, they went back to the hospital and learned that the tumor had spread to his small intestine. In addition, they could not undergo surgery because his skin was thin, so they had to apply medication for a while and perform surgery when he regained his strength.

They started to be treated in intensive care. So I went to the hospital, I saw it for the first time in weeks. He was very weak and sluggish. He looked at me and said that I was weakened by joking again. I was trying hard not to cry because I didn't want to upset him. (as I am holding now.)

..o drug therapy has never ended. Because it could not regain its former strength. We expected a miracle to happen, because day by day cancer was taking over his whole body. When I opened the market in the morning and closed in the evening, I went back to the hospital. He was no longer able to speak and looked like a baby.

One night I came back home, after 2 hours, Mesut's sister called. "We lost," he said. I took a taxi and went to the hospital. Everyone was there. My mother was all white. He could not stand and was constantly fainting.

I saw my brother Mesut last time we went to get his body. His body was yellow in color. His eyes were closed. That moment is still in front of my eyes. He was so handsome, I'll leave a photo of him below. I could never call him a father. Because I thought of what my biological father did and I could not speak the word "father". But he really did father me. He worked more than my own father. Thank you for everything. I remember with infinite gratitude, respect and longing. Fortunately you have been in our lives. I miss you so much. Father.