Tesla is no where near worth 1 trillion dollars - Here's why. 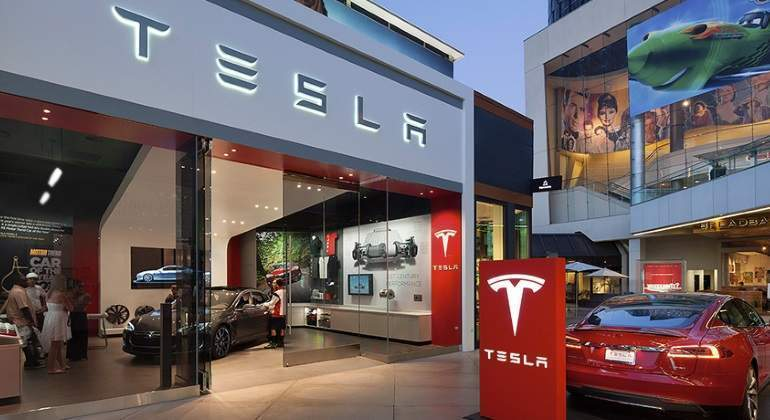 3.6% of revenue on those five companies.

Next up, valuation comparisons.

Companies which combined are 33x larger than Tesla in revenue are worth all together only 60% of what Tesla is.

Tesla does have growth, growing from 4 billion to 31 billion in 5 years, but heavy growth rates don’t promise an increase that those continue.

A lot of people want to treat Tesla like a tech company versus an auto company, but a quick example.

Tesla is currently valued 100 billion dollars higher than Facebook, but Facebook makes in profit almost as much as what Tesla makes in revenue.

It’s also important to know Tesla’s margin would be way smaller if they didn’t sell 500 million in regulatory credits to other automakers.

As a tech company, the value makes no sense, where Apple, Amazon, Google, Facebook and others are all way more conservatively valued.

Final case is that Tesla can’t be valued like other car companies or tech companies, but their future is bigger.

But problem is it’s going to be more than just Tesla.

Tesla lead electric cars in Europe with a 31% market stake there in 2019, but fell behind Volkswagen and Renault/Nissan in 2020, seeing sales decline over 20%. Some regions as high as 50%.

Every automaker is doing electric cars and there’s still some gas car demand. Tesla won’t be the only electric car manufacturer in the US and soon will have to be just another car company.

People say they are ahead of battery tech.

No evidence of that.

Tesla still buys batteries from Panasonic, hasn’t met projections to manufacture their own and any company can buy the batteries Panasonic makes for them.

People say Tesla is ahead in self driving.

LIDAR tech is being ignored by Tesla and even if not needed, will likely be regulated for self driving cars. It’s also probably needed, because cameras aren’t eyes.

Software side, other companies are investing more into it and Google is likely ahead, where they’ll just license to every company like Android.

Charging station tech is next…

Not as big of a market as people think.

People will charge cars at home and gas stations will go into a decline. Charging stations will only be needed for trucking/hotels. Unlikely to be a huge market and companies like Panasonic are ahead there.

Next up, things like solar and robotics outside of Tesla.

Solar-Solar City was an insane buyout Elon did to bailout his family. The solar tech isn’t unique and other companies are competing there.
Robotics-PR stunt to get stock prices up, which was an aquihire of a failed Elon Musk project in robotics.
Other stuff-No other real tech of interest. Want a company with cool projects, go to Google.

The best idea for Tesla weirdly enough would be try to brand the hell out of the thing for merchandise.

Teslaquila sold out at $250 a bottle.

Tesla’s success as a stock is it’s at this point effectively part of the cult of easy money.

Things which “promise” extremely fast returns, don’t have much real growth and investor base which just goes “to the moon”.

Tesla focusing on building the merchandise side for high margin products catering to those people buying into the cult might be able to survive.

And they make nice cars. I’d rather drive a Tesla over 95% of cars on the market.