Hello everyone. This is my first time to join this contest and I really am so excited about it. Thanks to @digi-me for encouraging me to submit an entry. The contest post, by the way, can be found here if you haven't heard of this contest yet. Do read up about it and I encourage you to try this out.

Well, here goes my maiden post to this contest.

I was driving to work a few weeks ago and I happened to notice these murals along the wall of one of the public schools in my city, the Davao City National High School, the premier public secondary educational institution in Davao Region. It is located along F. Torres Street, Davao City, Philippines. 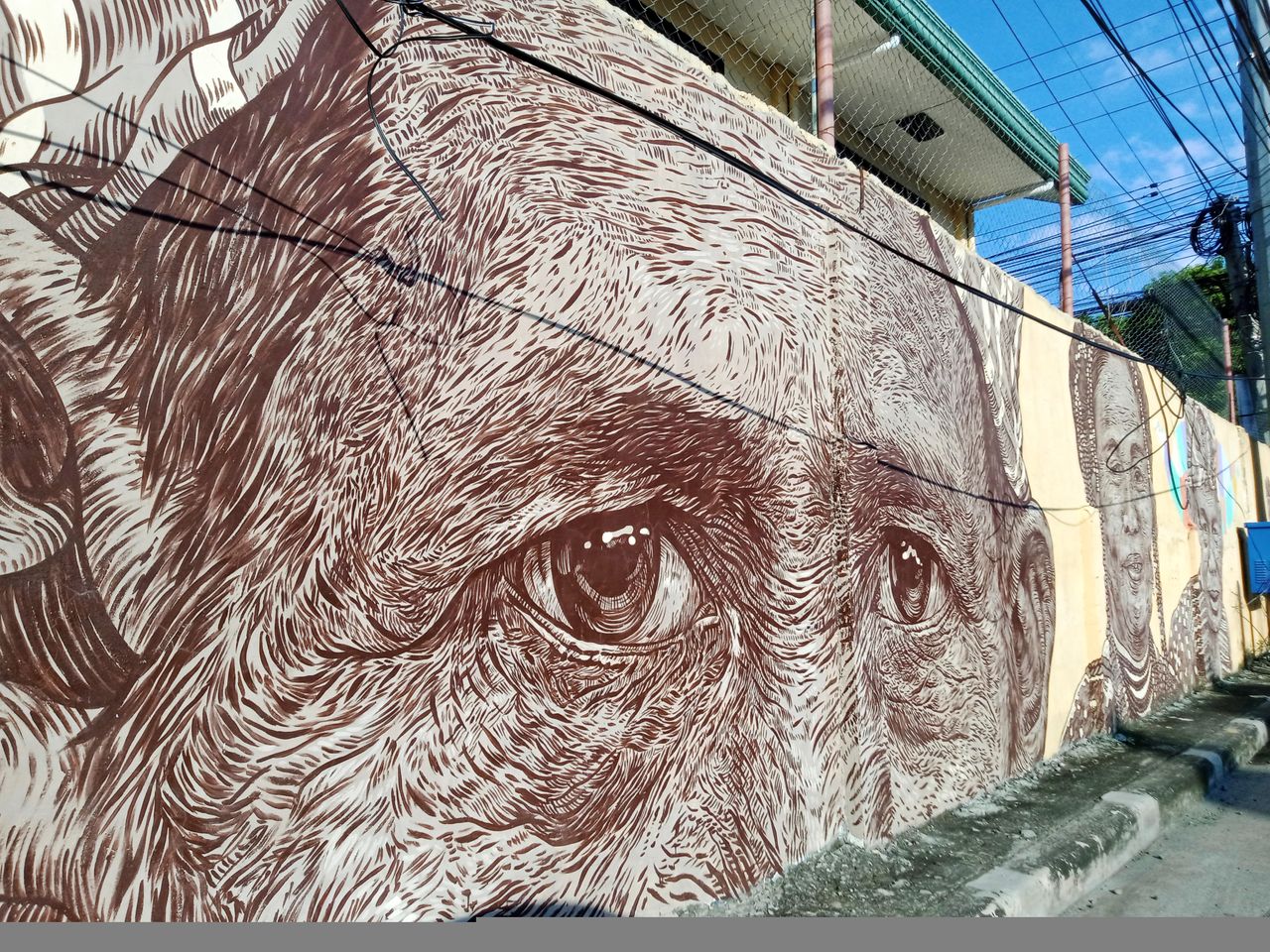 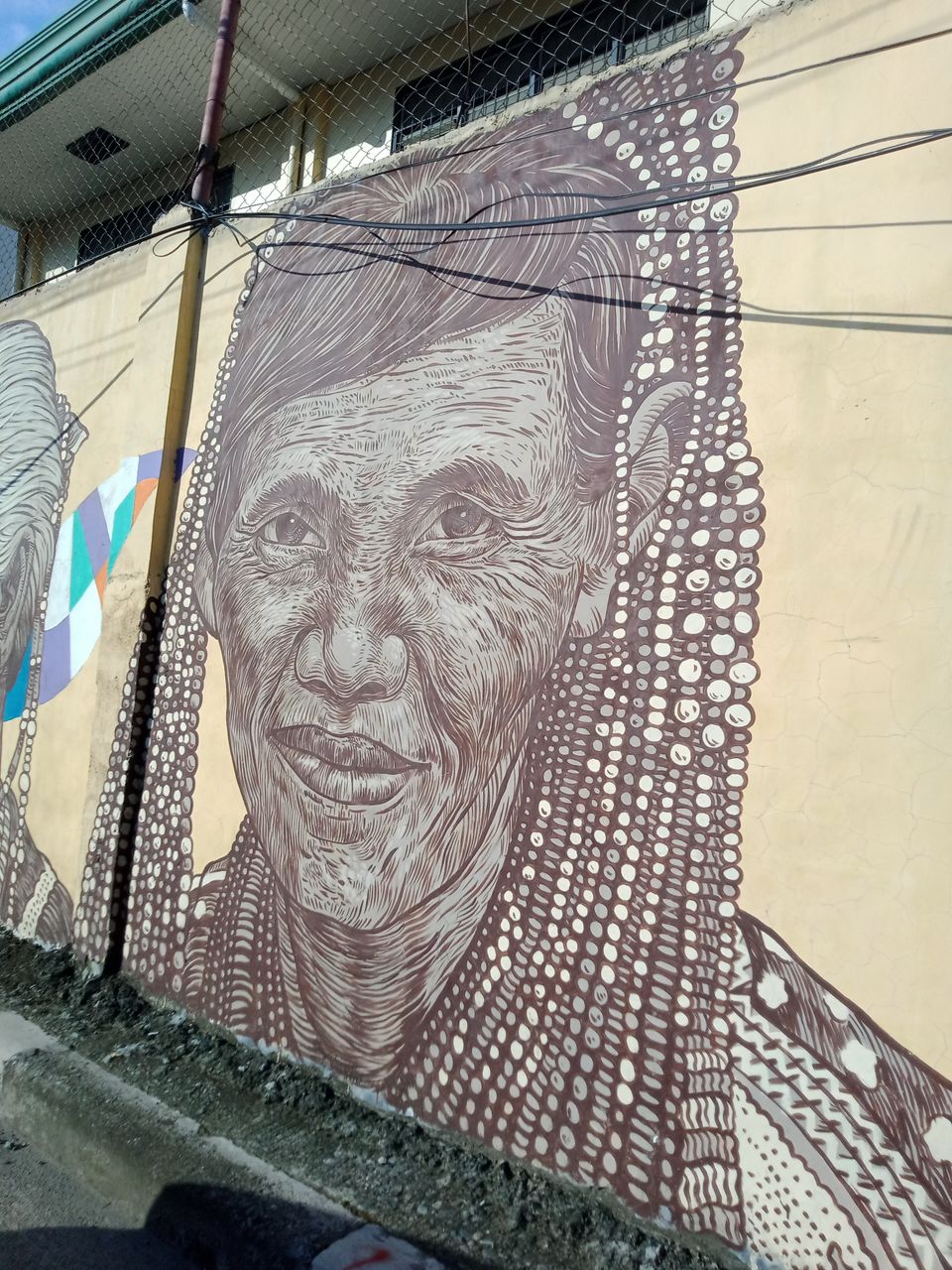 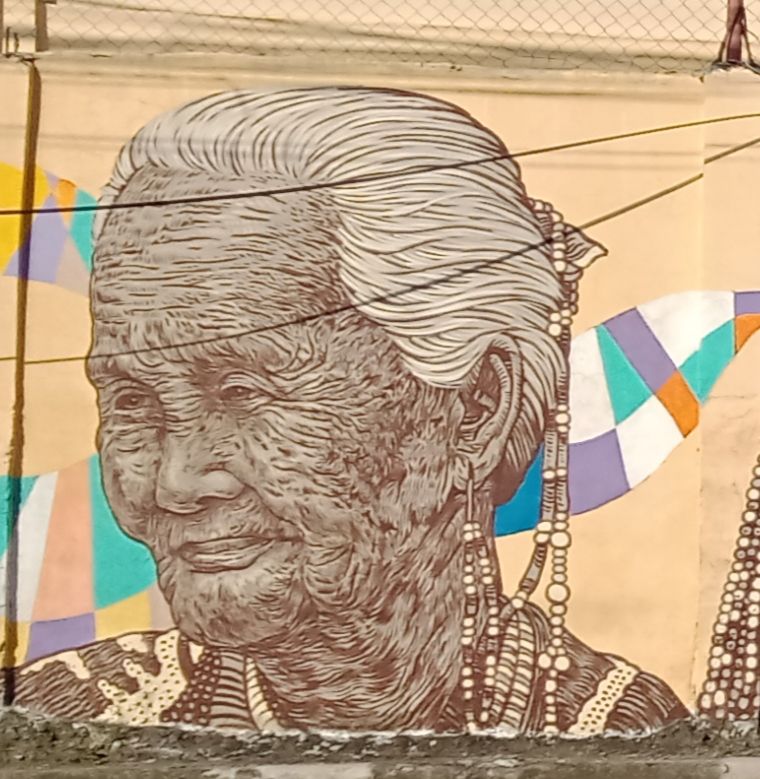 I live in Davao City, Philippines. It is located in the southern part of the country in the island called Mindanao. The original settlers of Mindanao was a tribe called Manobos that lived along the central and northern part of the island while those of Davao Region were the Mandayas. These tribal folks are of Malayan descent and have been in Mindanao as far back as the 14th century. They are considered the first settlers of the southern part of the country. The Manobos and Mandayas have similar lifestyles and appearances. They are an agricultural people of the slash and burn type. This accounts for the wrinkled and dry facial skins especially of the old folks as a result of overexposure to the sun and other elements. Their womenfolk have a fondness for trinkets and beads and other ornamentals which they wear with elaborate and colorful costumes. 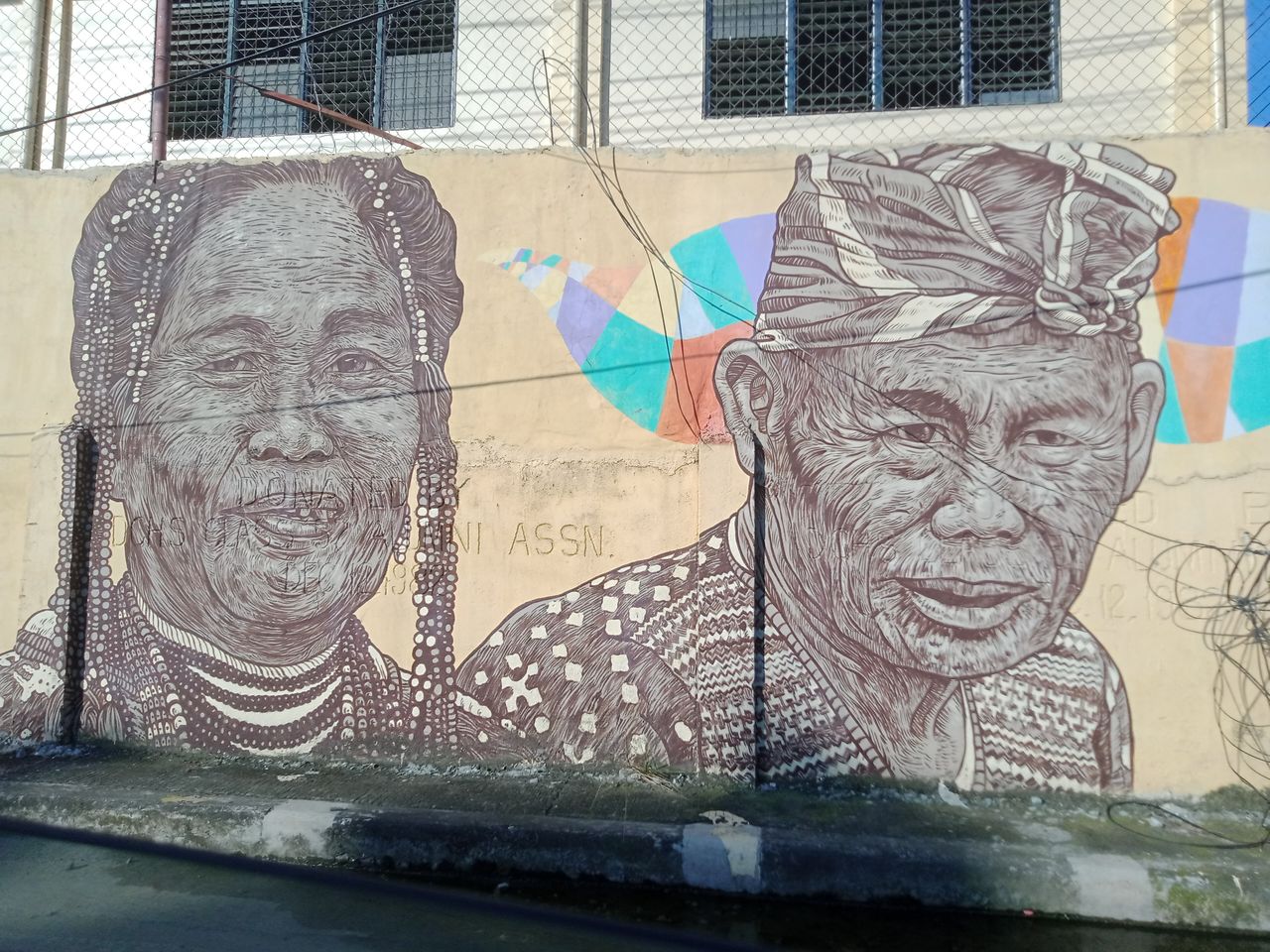 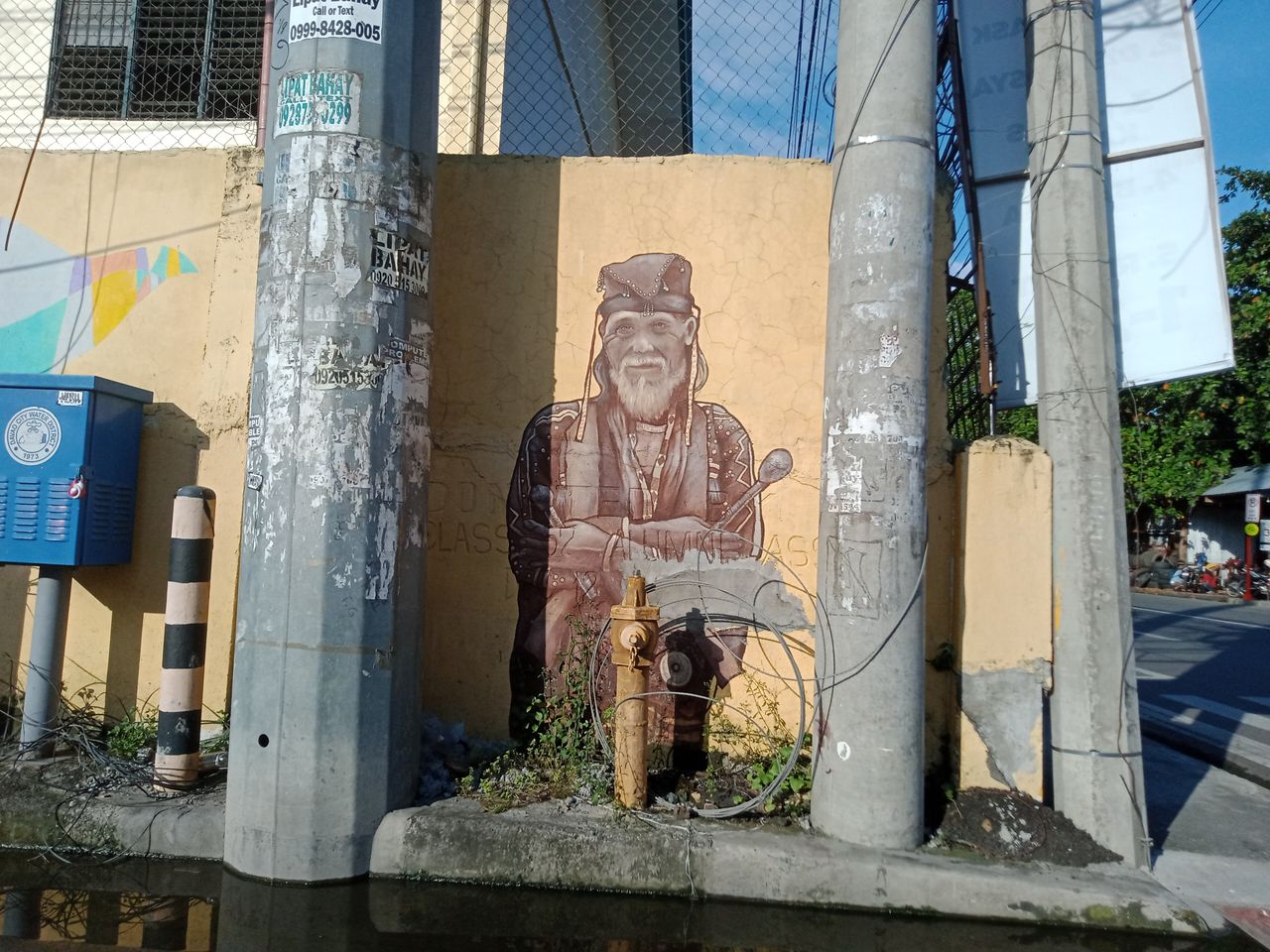 These paintings were done by Archie Oclos, a Street Artist / Muralist whose body of works focuses centrally on the plights of farmers, indigenous people and socio-political themes. In these murals he hopes to convey the delicate condition of these tribal people who have been displaced from their homes because of logging, mining, industrialization and modernization. He is a well-known artist in my city and the country as well. Here he is painting one of the murals depicted above. This is not my photo. I just included it here as I think it would be a cool idea to see how such art is made. Source of photo is indicated below. And finally, the whole wall (or at least most of it) as I saw it from my car the first time with the photo taken just a few days ago. The school building can be seen behind the wall. 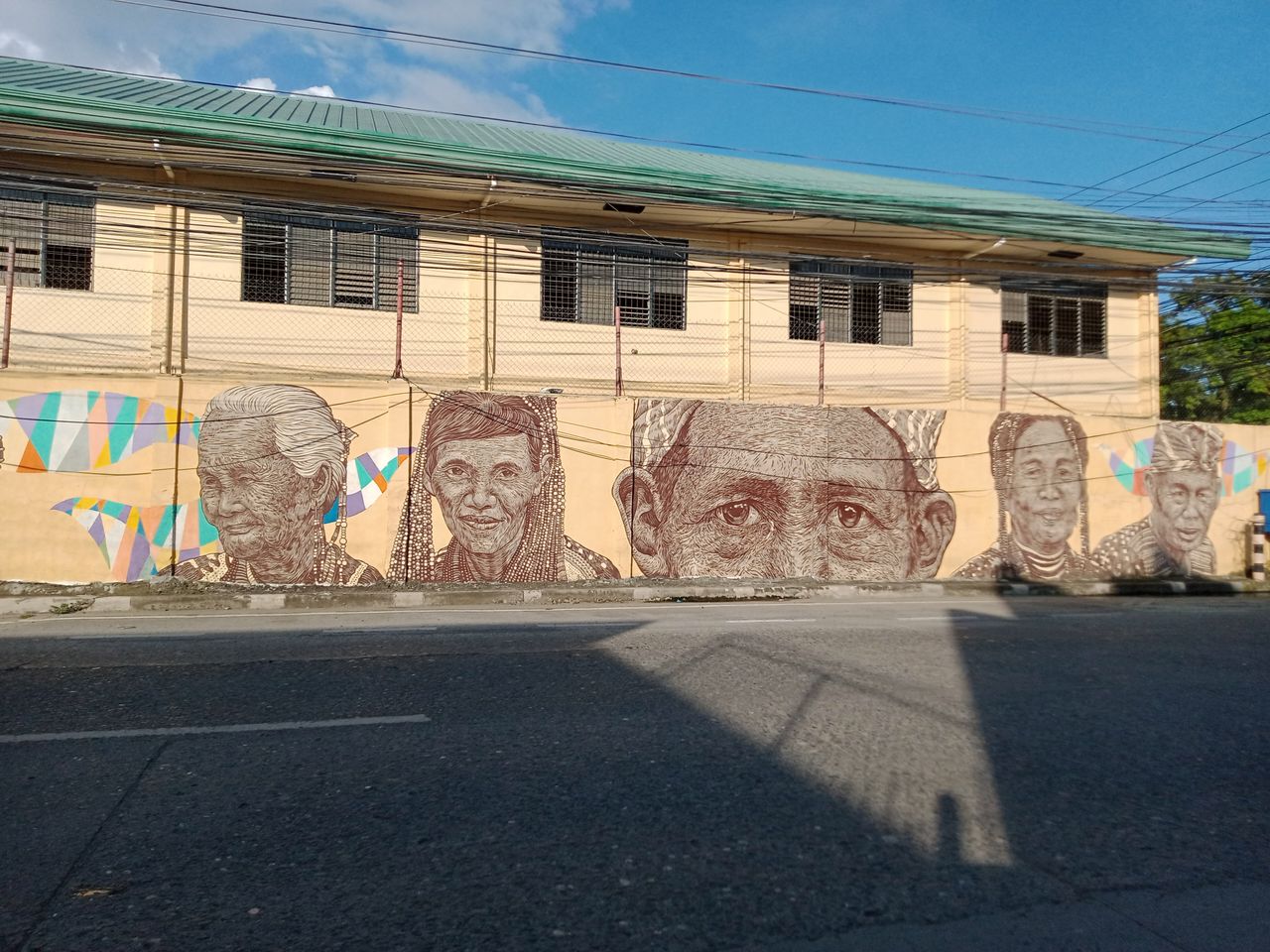 It's a big school and I am sure there are some other murals to be found in it's other walls. I will find the time to pass by here again and check out if there are other street art to be found.

Meanwhile, that's all for now. I hope you enjoyed this post as much as I did making it. Best of luck to all participants. May you all be safe and healthy. Have a great week ahead!

(All photos are mine.)