The Bidbottophant who in earlier news was reported dead after a drivebot shooting, has miraculously recovered after several Steemit aristocrats used large amounts of SP-healing just in time to save him.

Read here to see the post that started it all!

It has been reported that talks have been initiated between the Bidbot @booster that was behind the attack and several high ranking lords of Steemit, and a mending process is happening right now to preserve and enforce the #newsteem initiative that is meant to bring back confidence in the Steem blockchain technology.

Right now the Bidbottophant is back with his family. He is in a stable condition and is doing splendidly, already learning to use his new wheelchair and eat his food through a straw. Sadly he also lost an eye, but how many eyes do you really need? One is good enough for Cyclops, in'it? 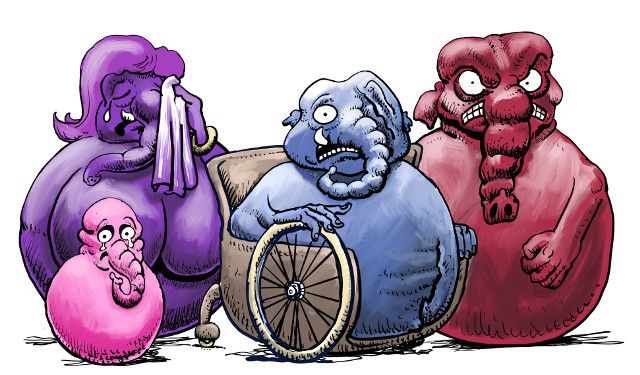 The Bidbottophant surrounded by his family.

His mother, Agnes, the patron saint of the Steemit complaint post, is happy to have him home. 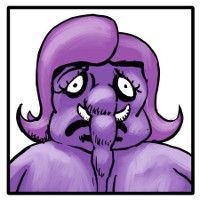 "He's leaking SP through the hole in his stomach, but the doctor says that with a stoma delegation he will be able to live a fine and rewarding life. That is more than many of my little, angry posters had after they annoyed a whale!"

His little brother the Commentphant is also pleased that the Bidbottophant didn't pay the ultimate sacrifice. 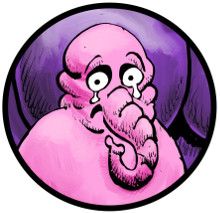 The well known battler of spam comments, Commentphant, is the little brother of Bidbottophant.

"Bidbotto always was the idealist of the family, also a bit too much of an idealist," the Commentphant says. "He couldn't just let it go and say, 'at least I earn 0.01$ on my post, which is better than Facebook! So why worry about a piece of crap can buy a reward of 126$ and simultaneously destroy the whole system?' I think we all feared that it would come to this. Especially after our employer, @katharsisdrill, put him in the downvote post. I do not want to loose my job, but I think it was slightly... well, ehm... thoughtless of @katharsisdrill... But now we have bought a blender," the Commentphant adds in a lighter tone. "And Bidbotto really loves those candybar shakes with fluid Steem... he lost his sense of taste of course, but..." Here the Commentphant break down crying. There is no doubt that the Bidbottophant is lucky to have such a loving family.

The following interview with Bidbottophant's big brother, Plagiaristophant, has been removed after serious consideration by the editor. It was deemed both racist and abusive and insulting to large stakeholders. 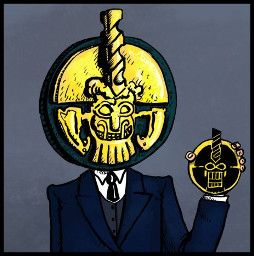 Even though he has been on Steemit for three years, the self pronounced artist, Katharsisdrill, hasn't fared too well. His grotesque imagery and unhealthy imagination have only appealed to a small crowd of Steemians. He is the current employer of the Bidbottophant.

Asked directly if he shouldn't have thought more about the safety of his workers than promoting his fringe, socialist views, @katharsisdrill, the employer of the Bidbottophant, refuses.

"It was a perfectly safe post! How was I to know that bidbot owners have no sense of humour? And I've paid for that goddam wheelchair, didn't I? 2 Steem and a Drama-coin. That's more than most people pay for their posts... except of course if they buy a large bidbot vote... Well! I have even given Bidbottophant his job back! Yes! even though he is disabled now. I will refurbish the post completely with a ramp for the wheelchair and all."

@katharsisdrill insist that the post will be modernised with new images of Bidbottophant and new stunning arguments against bidbots. But when pressed about the safety of his employees, he suddenly breaks off and leaves. "No more comments about that! I have done everything for this platform. EVERYTHING! I call in the Commentphant if YOU and YOUR DAMN IDIOTS keep this up - I WILL ENABLE MY READERS TO RETALIATE AGAINST YOU using my VERY OWN system to make sure that ALL OF YOU HATERS GET PUNISHED BY THOSE YOU MESS WITH!"

The question we are all left with is: Why? Why did Bidbottophant have to be sacrificed by a ruthless content provider like @katharsisdrill without any regards to the risks involved? Will #newsteem ever be possible if people keep using their downvotes to vote down the use of bidbots?

All artwork in this post is made by Katharsisdrill and is licenced Creative Commons -by. You can use, resample and sell it, but you are obliged to mention the artist. 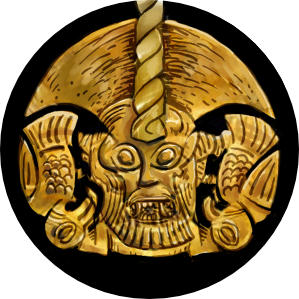