Making Steemit Better: A Proposal to Flatten the Rewards Curve

Since Steemit began almost a year ago, there have been many complaints about the disparity in its voting power and rewards distribution. The main source of this discontent has been the n^2 system, which has concentrated voting power in the hands of large stakeholders, so called whales. In short, while there were good intentions behind this system and its lottery-style rewards, it has created an unfair game that only whales can play. The present system super-concentrates voting power for whales and leaves the masses with very little influence.

It is time to fix Steemit and settle on a better distribution of voting power and rewards. And that is why a large group of us (many of whom do not agree on much else!) have come together to support a more equal system. We are posting today to urge Steemit Inc. to adopt a near-linear rewards curve.

Criticisms of the Current n^2 System

“A handful of posts are draining the rewards pool”. “Whales vote for popular content, not the best content.” “Why do we need these large-scale curation guilds just to do the job of distributing whale rewards to authors?” “My votes count for so little”. If any of those criticisms sound familiar, the n^2 system is the heart of the problem.

There have been growing concerns that Steemit has become an uneven playing field because of this n^2 system (more technically, n^2 + 2*400*n, where n is MVESTS with 100% voting power). While this system discourages self-voting, it also makes the reward system more like a “handful of winners take almost all” lottery because higher value becomes much higher by being squared (e.g. 1:5 in raw scores will results in 1:25). More specifically, as more stakes are voted for a post, it gets much larger rewards as shown in a below figure as an upper blue line. 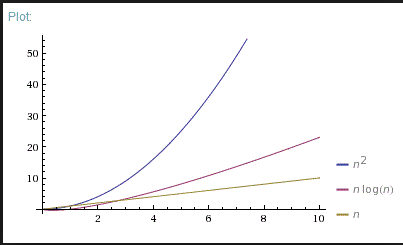 While this system might be efficient to alleviate the self-voting issue, it also has side effects. There have been criticism complaining that Steemit is rigged in favor of larger stakeholders. For instance, roughly speaking, a user owning 100 shares may have 10,000 times greater power than those who has 1 share (in the real cases, it surely differ depending on voting dynamics). The nearly winner-takes-all system also pushes people and bots to vote for the most popular posts rather than selecting the best quality content. Moreover, the highly concentrated power has given to whales a considerable advantage, while many average users are left with little impact on distributing rewards. Consequently, Steem is being perceived as an unfair, whale-bot-oriented system rather than one that is human-oriented.

The community has been pushing for a change. Recent debates triggered by posts from @snowflake, @timcliff, @sigmajin and @ats.david provided some good suggestions to cope with these problems, but until yesterday, there was no consensus about which solution was most practical. Yesterday, after many hours of debate on Steemit.chat, everyone signing this post agreed that Steemit must apply a flatten reward curve. Furthermore, we agreed to support the near-linear system outlined below.

Theoretically, purely linear rewards would be the fairest method (one has impacts either no more or no less than the degree to which one owns). However, there still remains the issue of self-voting that could potentially harm user participation. As suggested by @steemitblog today (post link), a newly committed reward distribution equation on the comment reward pool can catch two rabbits of fairness and anti-abusing, i.e. self-voting (be advised that this post only deals with reward distribution method, not dealing with the comment reward pool or removing curation reward). For convenience, we’ll call it modified n from now. The equation of modified n is n^2/(n+400)

The below figure with two lines compares the n and modified n systems. The X axis represents MVESTS. As you can see, the modified n is linear-shaped with a small offset in the beginning. More specifically, where X is 10,000, the modified n has 9,615 (96.15%). This means that a post can utilize 96% of voting power if it gets 10,000 MVESTS amount (note that a top article with $130 had about 27,000 MVESTS). 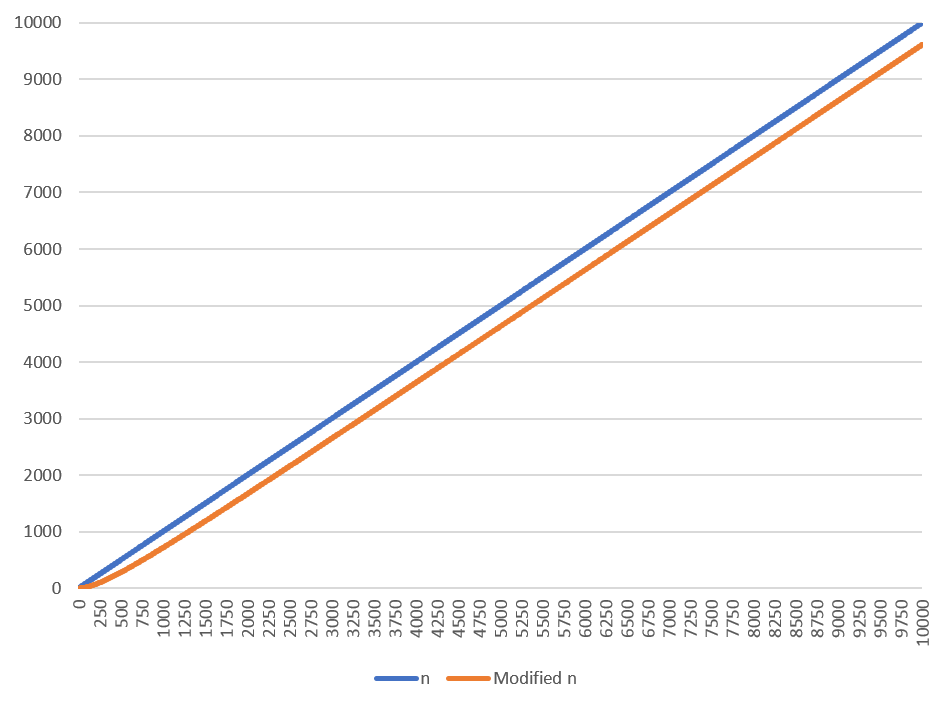 Then how can it deal with self-voting? When we magnify the 0-1000 range (below), the graph seems more curved and has a significant difference from the purely linear n. That difference applies a discount in the beginning to discourage profits from self-voting. For instance, if I have 100 MVESTS (approximately $7,000) and vote for myself, my vote only has 20-MVEST equivalent power, which lost 80%. If I self-vote with 1,000 MVESTS, I still lose 28.5%. Therefore, one would need to get enough votes from many others to reduce the discount. 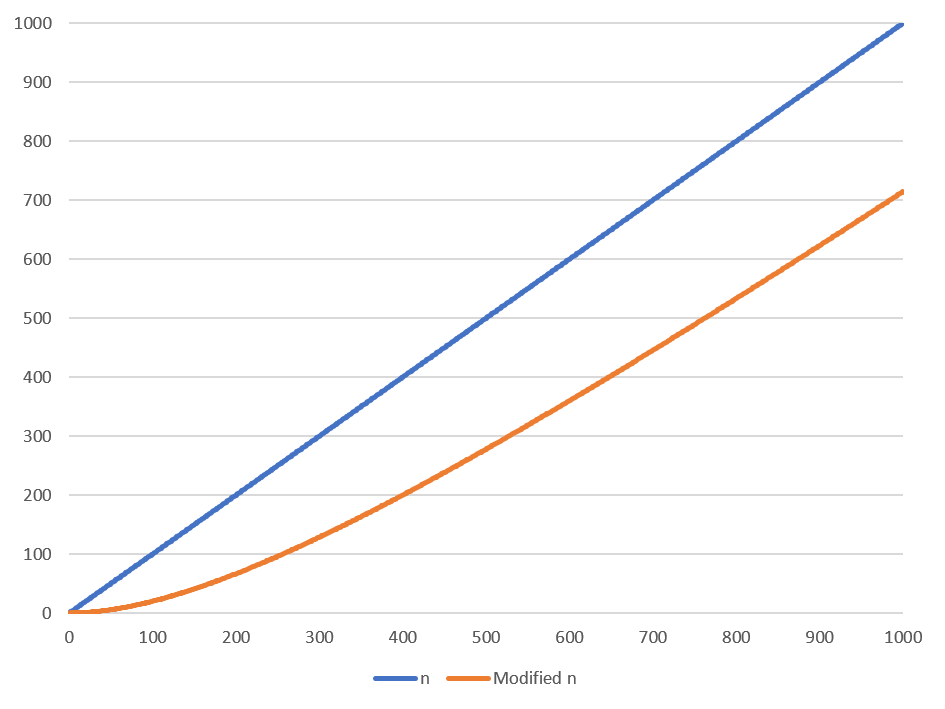 How would this new rule change the landscape of reward distribution? As of yesterday, we simulated the new system with real data. Before reporting this, it should be noted that the existing votes are subject to the current rule, so real changes in the new system would vary somewhat from this simulation result. For example, “voting concentration” under the current rule will be less likely to happen in the new system since voting on highly-ranked content and lower-ranked content will return smaller difference in curation rewards.

In short, it would result in less clustering and a broader distribution of rewards.

We expect that the new system can bring about significant improvements in curation patterns and in users’ perception about Steemit, which we hope will fuel more demand for STEEM. We urge the developers to implement the new reward distribution method universally as soon as possible, and furthermore adjust a parameter (constant of 400 or 2E+12 in terms of rshares) in order to balance between two objectives: discouraging self voting and deflating the whale advantage. If more Steemians would like to register your agreement with this proposal to make the system fairer, please add your comments and votes to this post.